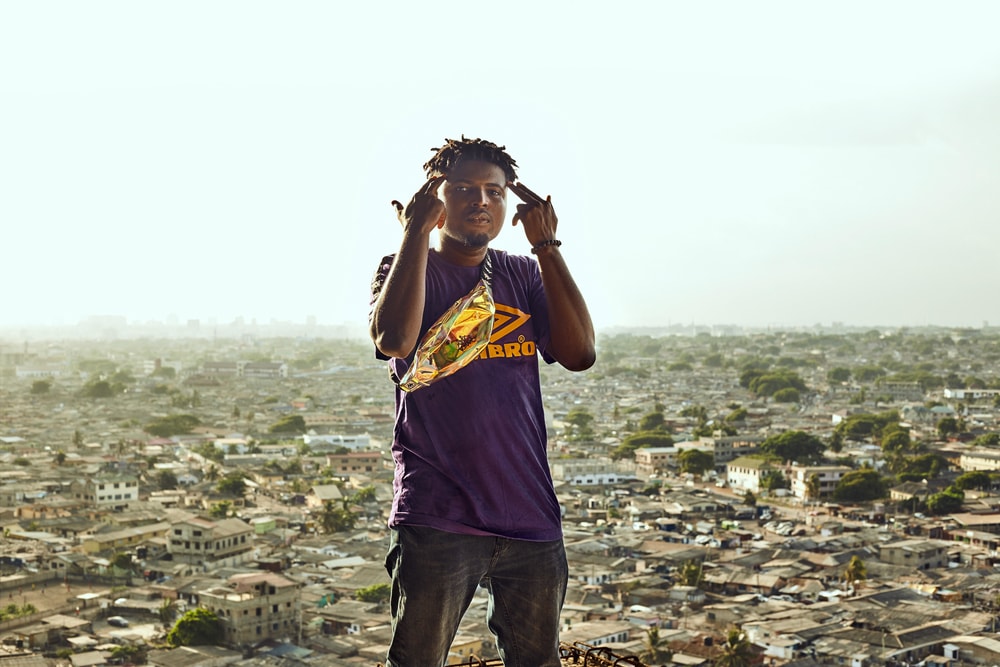 If the afrobeats phenomenon is spreading extensively in the West African music industry, some artists have chosen to offer something different. Gafacci, Ghanaian producer, is part of the package.

His music, asokpor, is an explosive cocktail of ingredients harvested from different musical zones. The artist prepares his product on ultra-fast bpms clocked to West African electronic rhythms, enhanced by the musicality of his mother tongue, Ga. The philosophy is simple: Jowaaa, “dance hard”. As his EP Face The Wall is out now, the producer gave PAM some of his time in his Labadi district, from where he draws his inspiration daily.

You started professionally in 2010, right before the azonto phenomenon to which you contributed, notably with the hit Kpo Kpo o Body. How do you recall of this period?

It was surreal when it happened. I started with doing club-oriented sounds and when the whole Azonto movement started, it was right timing. I love how the music expanded from just Accra to the globe. The experience was great, and I was actually just doing this music from an internet café, because I had no laptop or PC. I made all the beats of someone’s album in that same internet café. It gave me the confidence that I could do something at home and it could reach different corners of the world. But at that time, I already wanted to do what I do now: the bpm on Kpo Kpo o Body was already close to the ones I use on my current projects! But I was working with a rapper so I was making a lot of Atlanta hip-hop type beats, I couldn’t be at liberty to do the stuff I really liked. I also didn’t know about Soundcloud and I didn’t have a sufficient clout on my own to make people listen to what I was doing.

When we look for Gafacci online, you are described as a techno producer, azonto, afrobeats, electro… how do you describe your own sound?

I make asokpor music. It’s a local term in Ghana. I began this asokpor thing around 2016. At that time, I was trying to make a shift from the mainstream scene to create my own community around electronic sounds, and I realized that there is an alternative live musician scene here but no prominent electronic artists. With my team, we are trying to set up a platform for electronic artists who feel marginalized. We organize events, electronic-oriented parties with DJs from Europe who come and play with the local DJs. It’s mainly about establishing a community. From the beginning I just wanted to have a voice so that I could put other people up. My music also has a message, it speaks about things that inspire me in my community every day. I want people to listen to my music and say “wow, this guy is telling us a story”. 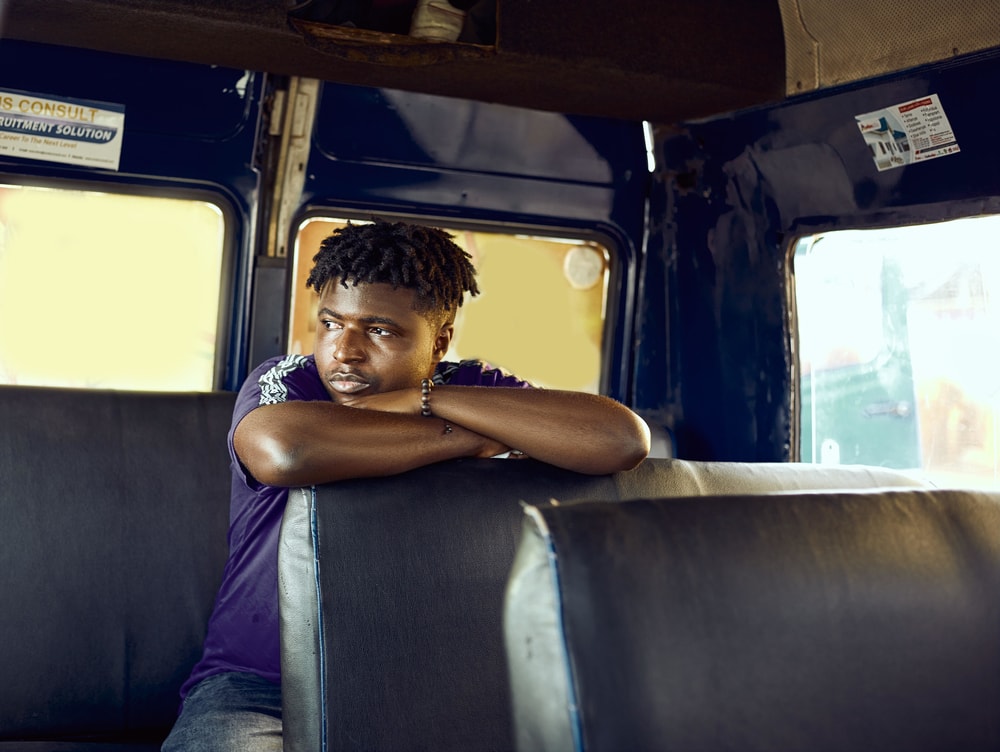 Your music has some resemblance with the Angolan kuduro or the South African Gqom. Is that an influence in your sound?

Yes! I’m highly influenced by those Southern African genres. I listen a lot to Angolan music: Tarraxo, Tarraxinha… Buraka Som Sistema! This is what gave me a different perspective and a direction to what I want to do. I love Lusophone stuff: Angola, Portugal, Cabo Verde, Mozambique… I also feel like there are certain similarities between kuduro and our own asokpor. Their music has (Gafacci mimes a rhythm) pa pa pa pa-pa pa, and we have pa pa pa pa-pa, you get it? The beat’s rhythm has the same swing. And about South Africa, when I went there in 2010, I came back with Kpo o Body. I was heavily inspired by this trip and everything I saw there. The dances for example: around that time the Gwara Gwara dance was crazy, you had to be there to believe it. I was also inspired by the way they produce their music there, like the way they use their local elements with foreign influences. I was studying their sequence and the phonetics they use in their sounds. Sometimes I used to make music speaking my Ga language, but I would mimic how a South African or an Angolan guy would sing on a song.

You talk a lot about the lower masses and their impact on music. If you want to touch them with your sound, why did you choose to shift away from mainstream music?

I want to touch the masses but I stopped doing the mainstream thing because of the structure. We don’t have a proper structure in this country for artists in general, and it was difficult for me to explore certain areas of my talent. I want to set a blueprint. I’m from the mass. I grew up in Labadi and my family stays in Labadi still. I resonate and relate more with the mass than with anyone. I’m doing my music almost like an activist: to be independent of the system so that in the future, if a guy from Labadi wants to be like Gafacci, there is a blueprint for him and he doesn’t need to knock on anybody’s door.

Two years ago, in an interview for Ransom Notes you said that “there is no scene” for the music you do in Accra. Has that changed?

No, and it is so disappointing that you are asking that same question again and I have to give you the same answer… It means I haven’t done a good job. Maybe there is an underground scene in Accra that I don’t know about and that I would want to know about, so to anyone reading this interview, if there is something I should know, please reach out to me. From what I know, I can say boldly that there is no place for us at the table. 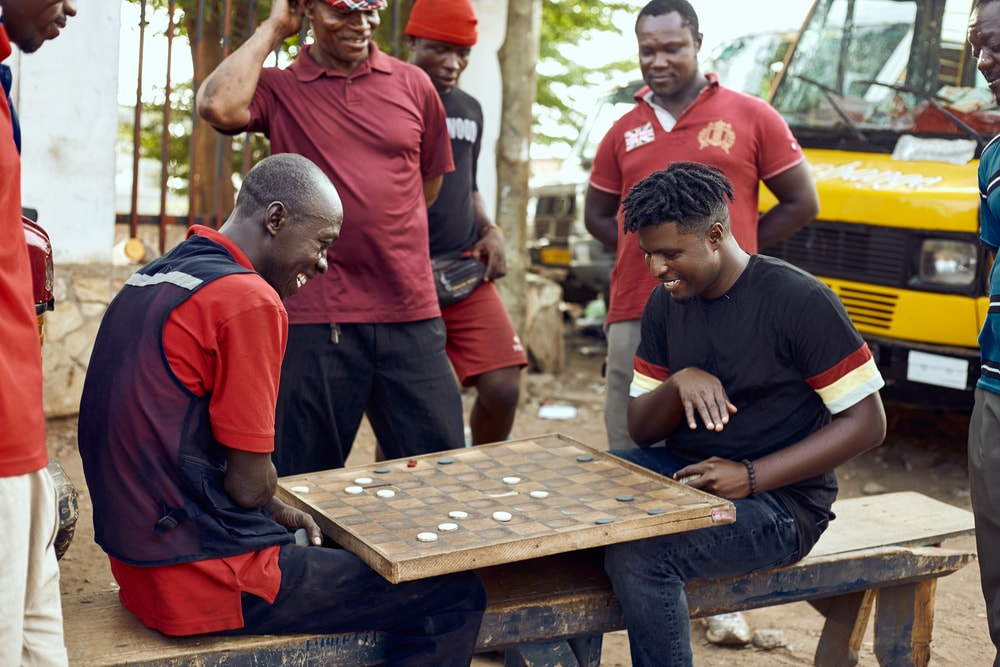 An important step for artists in the Ghanaian music industry is apparently to put their songs on the radio. How does an artist like you gain attention with your music?

Social media, events I organize… Some good DJs play my songs once in a while, but with the stuff I do now, I don’t think radio would benefit me. I enjoy the underground nature of what I do. I am building a foundation and I’m doing all the dirty stuff right now, so it is not the good timing to be too much exposed. I care about the music; I don’t want to do music just because I know people can make a living of it. My dad was a musician and I saw all the experiences he went through. For now, I can work with the radio but I won’t die for it. The internet is my radio.

Something that comes back often in your work is your close relationship with Accra and Labadi: in your upcoming EP, the title of your tracks are Ghanaian concepts that are truly authentic to Accra. Tell us about it.

I have a very strong tie with Labadi because I’ve lived here over 20 years. I have history here, I have my family here and if the world rejects me I can run to them. This is also where I learned how to make music. Labadi means a lot to me, and music is the one thing that keeps me grounded to my roots: without it, I wouldn’t care about anything. I don’t have activities ot any communal engagement at the moment but it’s something that I look up to do in the future. I’m gaining a bit of prominence and with time I really want to give everything back to my community. The people don’t even know it but I do my music for the people. It’s not about me. I want people in the world to know when they listen to my sound that this guy is from Labadi – Accra.

The Face The Wall EP is out now and Gafacci will be touring Europe next summer.