Yemi Alade: "Nigeria is like a sponge, it absorbs any sound." 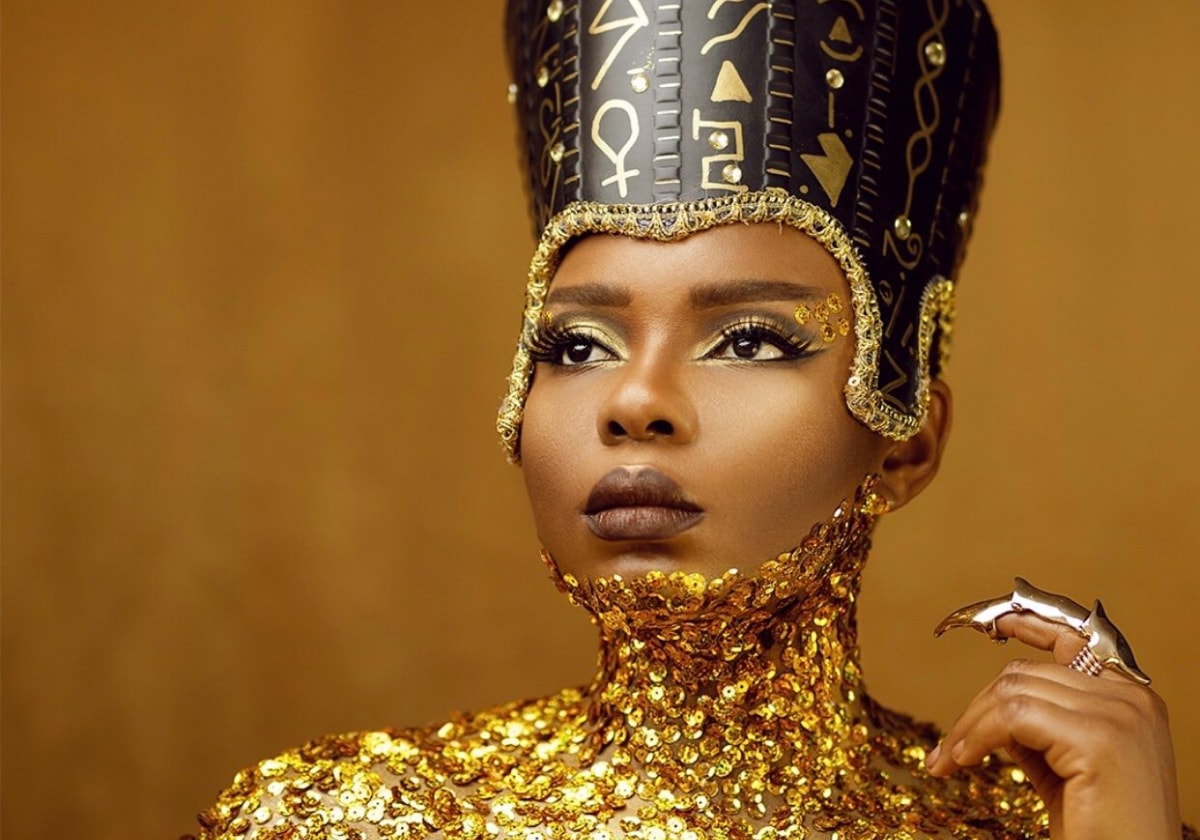 Since her debut album five years ago – King of Queens –, the Nigerian star’s career has kept developing.

From Lagos to Abidjan via Nairobi, the 30-year-old performs everywhere on the continent, where she successfully created her fanbase, especially by covering her own songs in French or Swahili languages, and collaborating with various fellow artists (Arafat, Angélique Kidjo, etc.) If the prolific Nigerian music scene has continuously provided countless stars, Alade is the only female “heavyweight” competitor. Not a surprising fact when one listens to the mature professional talk about her job. In a country where culture, and music in particular, is entirely run by the private sector, quality is not enough. You need to prove you are endowed with an entrepreneurial spirit. And, undoubtedly, as a female artist, you have to be a “woman of steel”.

“Woman of Steel”, why did you chose this title for your latest album?

I almost felt obliged to use “woman of steel” because as a kid, I grew up with a lot of super heroes: Superman, Superwoman, Spiderman, Catwoman… Only later I realized that I was my own superhero, and I decided to name my album after the character I represent: the “woman of steel”.

So you are the Woman of steel ?

Since the beginning of your career, some of your songs or albums referred to female power.

I always wanted to remind the women out there – and also the guys – that we all need to be strong from the inside out. Especially women, because there are lot of double standards, and unfortunately female artists are never the ones in favor: most of the times we have we to prove ourselves capable, and we have to work twice to earn the support of an audience. This is crazy because we, women gave birth to the whole world. I always like to remind women to stay strong because nothing is going to be given to us – we have to take it, earn it, work for it and grab it, we can’t be cry-babies. And the same goes for guys: through my music I want to remind them that showing strength is the best character trait. Violence or demonstration of power isn’t necessary. The inner strength that we all have is definitely one of our strongest powers, and we need to make sure that it is always shining.

I know music is very powerful, because music has the power to change people’s minds. I use my own music to stress on the positive things in life, and it’s important that someone reminds you this because the world is so full of negative things… Catastrophes, so much negative stuff on TV and in the media… I do love to promote love, joy, and happiness.

You released four albums in the course of five years. It’s a great number!

I released four albums and one EP. I think that one of the driving forces that have encouraged me to keep putting up albums is definitely the CEO of Effyzzie Music Group [Yemi’s label since her debut album], Taiye Aliyu. He is always trying to push me into the studio and make me pull work out there. And according to my current mood, he would say: “You see that feeling right there? Go and put it into a song.” And I think that has worked for me because instead of tweeting and tweeting again about it, I can put it into a song. So that’s what I have been doing. But it was not that easy to do because I already have shows booked around the world, concerts to attend, I have a life, I have family…

Is it the digital era that compels to produce more, and to be everywhere at the same time?

You are right, actually: the digital age has made time fly faster than it used to. There are only twelve months in the calendar, that represent only three months on the digital market. Everything is happening so fast, people are taking and absorbing music at such a pace, and they eventually throw it away almost immediately. Even when it comes to records’ sales, it’s not the way it used to be: you need to remain in peoples’ heads, and be available to perform, in order to be able to earn and balance the business.

Now, in this new digital world, everything is possible: I am physically in a different country almost every four days. And some of it I definitely owe to the digital world.

I guess Beyoncé [who invited Yemi on her latest album] wouldn’t have probably known about my music and be able to reach out directly to my management, if not for the digital world.

It seems that you can’t be an artist in Nigeria (or even in Africa) without being an entrepreneur too?

Exactly. There are many factors that help people run business in Africa, but maybe three times more parameters that curb any individual who wants to be an entrepreneur in Africa. In Nigeria for instance, we are still coping with power failures in the electricity network. There is power, but it’s not steady. One minute it’s here, the next minute it’s gone, so we have to rely mainly on generators. This definitely affects the finances of an entrepreneur because profit goes back into filling the electrical company’s business, literally.
Then there are other issues related to copyrights and artistic protection. I think intellectual property in Africa needs to be given a little more concern. We need a system in which the owner of intellectual property would be protected by the law.

To survive in Nigeria, I personally think that one must become an entrepreneur, because where else would the funds come from? There is a scarcity of jobs here and there, and thankfully the entertainment industry has been able to provide jobs for lots of youths out there, which is why you see a lot of music coming out of Nigeria. I always tell my friends, “I think we found a way to employ each other, and that is why we are able to thrive”. I think this is how Nigeria has dealt with the problem. As an entrepreneur myself, I had to learn the hard way; I didn’t have any sponsor when I started as a musician, but i had a few people who believed in my dream, and thought that I could make it.

But as always, I had to prove myself to the world. I won a talent show – the Peak Talent Show, in 2009 – but the money left almost as immediately as it came, because everything went into production, collaborations and videos. I was left with nothing and I realized I would have to start all over again. Then I was blessed enough to meet Mr. Taiye Aliyu, and I was signed to his label. But the way I was signed on to the label from management wasn’t the conventional way: I had to learn the business, how to use revenues from my shows to put them back into production, video, and into building the brand… I didn’t find anything funny or enjoyable in having to do this all those years, but in the course of this period I have come to realize that benefits outweighed losses, and that’s the only way I can do because I don’t have a sponsor.

Your new album features a song called “Criminal In Agbada (C.I.A.)”. The title reminds me some of Fela’s (ITT, VIP…). What is the story of the song, and what is it about?

The song was produced by Vee Tek, a producer and friend of mine. It’s another of Mr. Taiye Aliyu’s “traps”.
Back when we had finished my album, I’m ready to leave and travel, already thinking of my upcoming shows and trying to put the clothes and everything together – because I do the designs myself for my outfits. And then Taiye says, “Yemi, you haven’t composed any conscious song on this album. You always complain about the country and things around you, so why don’t you put it in a song? No female Nigerian artist has ever done it! Etc…” and I’m like, “Ok.”

Then he tells me:

– What? You didn’t even tell me he was coming!”

And finally I went to the studio. I didn’t take my pen and paper to write the song. I turned on the microphone, turned off the lights, put on my headphones, and I just sang my pain, my thoughts, my frustrations and… That’s how “Criminal In Agbada” was born.

As for the meaning, obviously a criminal is someone who breaks the law, most likely it might be a thief, someone who takes from the others what is not his… and it turns out that there is a certain kind of profile people think when it comes to the thief character, maybe with a mask over their head, gloves and everything. Like in a James Bond movie!

But there are other types of criminals, and I decided to describe a certain type: the ones that dress like they have all the money in the world – they wear the “agbada”, a Nigerian attire mostly worn by men (though these days women wear it too). It’s a really big costume. Literally, if anyone walks in here wearing an agbada, you would know that a son of a rich man has walked in. But then, what if you don’t know that this man has stolen all that from someone else? That is where the song was born from: it’s about the struggles of Africa, of my people, and a cry to the government to help us to share the goodness of Mother Earth with our own people, instead of stealing it for their own bloodlines.

You are right. In the digital age, you release music today and before the end of the day, everybody in every part of the world has already had access to your music. And that’s because the world has become such a small place, online. Back in the past, I think music circulated fast too, but the ability to establish a connexion with your fans wasn’t really possible. The ability to have an almost immediate feedback wasn’t possible, both in terms of promotions or tours and shows. A fan-to-celebrity conversation hardly ever happened, or only the most minima. I wouldn’t have been able to reach out to Rick Ross if not for the digital world. 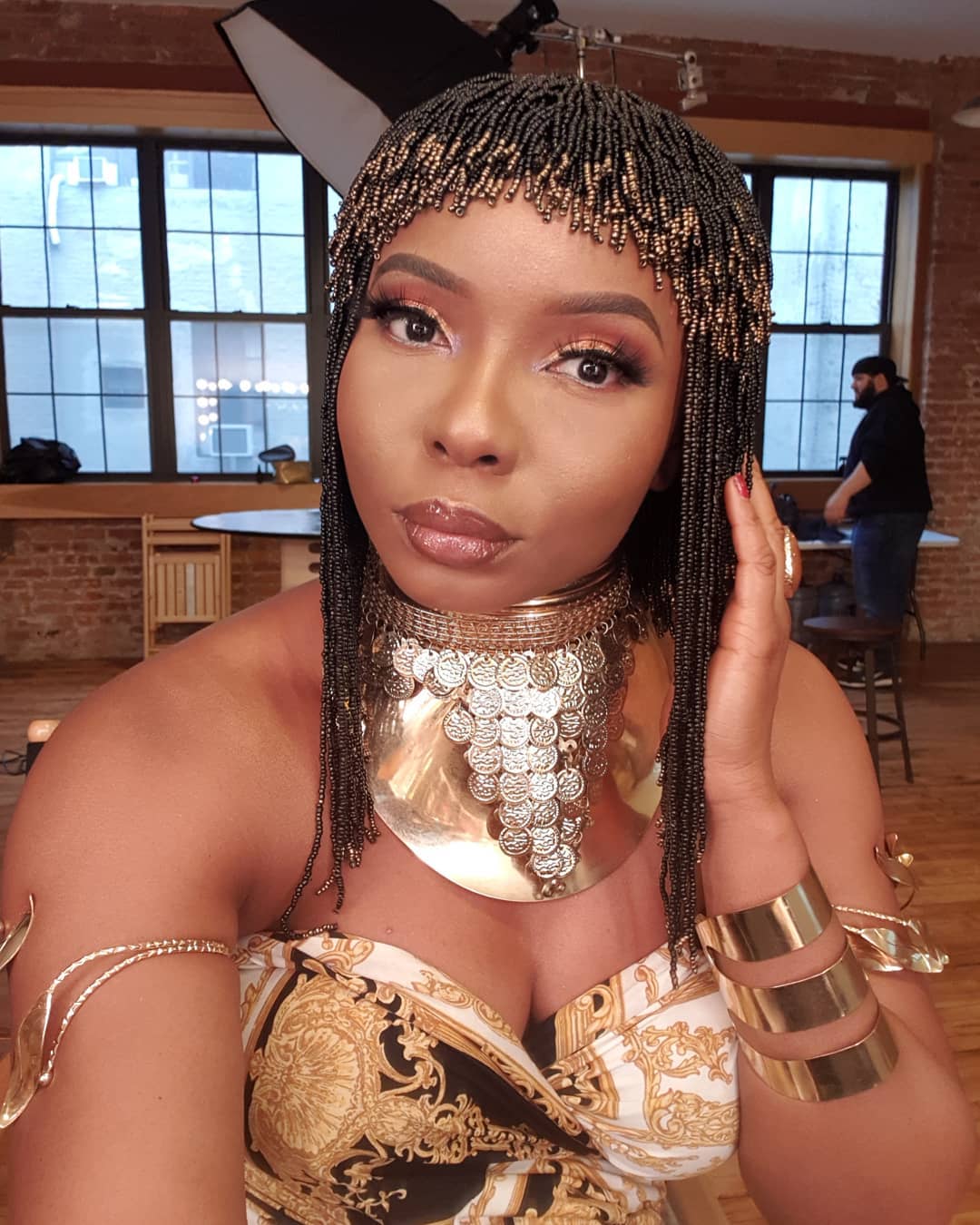