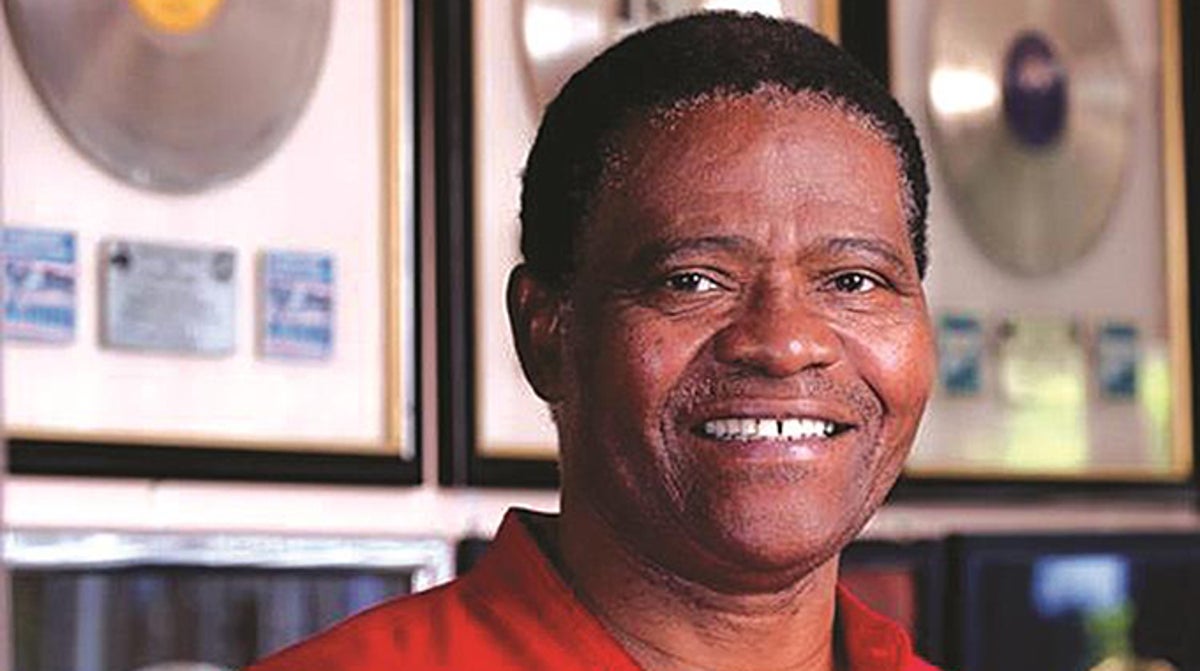 Joseph Shabalala, leader of the world-renowned, multiple Grammy Award-winning group Ladysmith Black Mambazo, has transitioned. Though there is yet to be an official confirmation of the cause of death from his family, the elder had been battling with cancer during the latter years of his life.

“I have just heard about the passing of our close family friend Joseph Shabalala this morning.  Joseph and his group Ladysmith Black Mambazo used to rehearse in our home in Clermont Township in the sixties,” read a Facebook post from veteran journalist, activist and musician Eugene Skeef. He went on to share memories from the recording of a BBC Radio3 programme where Shabalala took him to the farm of his birth in the Thukela Valley and spoke about herding cows as a young boy, among other tales. “This experience, he says, enabled him to develop and refine the sound of Africa’s most famous singing group,” reads part of the accompanying write-up to the programme.

“We would like to extend our condolences on the passing of Joseph Shabalala who was the founder of the group Ladysmith Black Mambazo. Ulale ngoxolo Tata ugqatso lwakho ulufezile.  #RIPJosephShabalala,” read the message from the official South African government’s Twitter  account, while the presidency’s  website shared a message stating that Shabalala’s death “is a terribly sad  moment for a nation and a world in whose ears the isicathamiya and mbube crafted by Ladysmith  Black Mambazo will ring for generations to come.”

The president, Cyril Ramaphosa, is reported to have paid a courtesy visit to the Shabala in 2019. Today also coincides with the day former president Nelson Mandela was released from Robben Island.

Shabalala gathered together his brothers Headman, Ben and Jockey, and cousins Albert and Abednego Mazibuko, to form the group following “a series of dreams he had in 1964, in which he heard certain isicathamiya harmonies.” Named Amambazo Amnyama originally, the started out at local isicathamiya competitions. It is said that they won them so much that they got barred from competing.

A 1970 radio broadcast brought them to the attention of the Gallo Recording Company, and the subsequent release of Amabutho (1973). The debut is celebrated as the first by black musicians to sell 25, 000 units, earning them Gold certification in the process. It wasn’t until Paul Simon’s Graceland (1986) that the group finally gained international acclaim.

Among their many awards are the Order of Ikhamanga in Silver, which is issued by the South  African government for “putting South African cultural life on the world map through contributing to  the field of South African indigenous music.”

They have recorded and released over 40 studio albums, been nominated for a Grammy no less than 11 times, and gained a trove of admirers worldwide.

Shabalala, who was bestowed a professorship in Ethno-musicology by the University of Natal, leaves behind a great legacy of cultural preservation and heritage that shall endure into the future.