How Nigerian hip‑hop can get back into the conversation 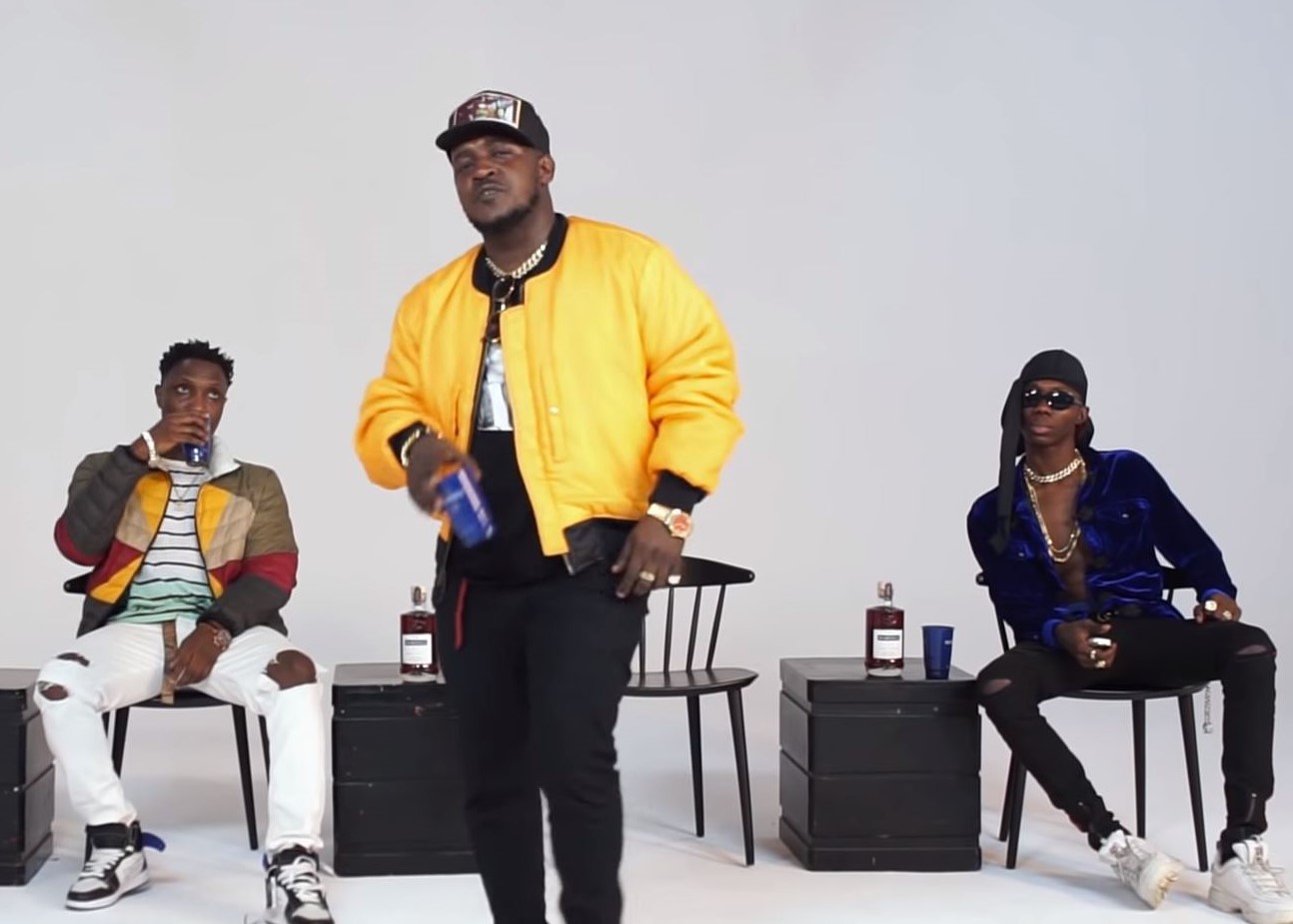 When MI Abaga rapped ‘SA rappers out here killing y’all’, it was a means of expressing frustration at the decline of rap in the Nigerian music industry.

Off MI Abaga’s Rendezvous playlist, there is a song titled “Lekki”. A follower of the Nigerian rapper knows this is customary: surely in every of his projects, there’s the song of a relatively simplistic narrative which tilts towards a trendy social pattern. More than the upbeat vibe inherent in the production and lyrics of “Lekki”, a take on “girls that like to party,” is the talent on display.

If one could find a common creative denominator between the four featured artists, (including MI) it is their unique position outside and within their chosen soundscapes. For MI, he was embraced into the mighty folds of national love with his successful marriage of what was previously a sparsely unattainable culture of American Hip Hop and Nigerian tendencies; Ajebutter 22 is the pop darling, his music, while accessible, retains its fair bit of exclusivity to individuals for whom excess – I’m thinking of “Omo Pastor” and “Ghana Bounce” – is a culture; Odunsi is a healthy child of many sounds, ranging from Funk to Soul to Nigerian Fuji – Afro Fusion; Falz is the unique burst of talent, talent which spreads across many facets of the entertainment industry.

Apart from the exciting fact that these four are frontier acts in their genres, another word connects them: politics. For one can rightly say that :
a.) MI challenged the politics of cultural exclusivity and has successfully tweaked the Nigerian music market and the politics which surrounds its award system to his advantage.
b.) Odunsi, with his Alté family have risen above the politics of corporate interference and have placed first art.
c.) Ajebutter 22 constantly challenges the preconceived notions of how a social story (irrespective of how ill-formed its characters are) should sound and what structure it should assume .
d.) Falz has gone combative in many songs and an album against the Nigerian government and the unpleasant shapes its politics has bent Nigerians into.

Across the discographies of these four are they strong Hip Hop influences? In the case where one of them (Odunsi) is not a rapper, it is worthy to note that he started off as one. The genre has, over time, stood as a sentry to the social and political life of the society. And in a not so distant past, these four artists would be top acts, able to command impressive booking fees and revenue from their activism but ultimately, art.

When MI rapped ‘SA rappers out here killing y’all’ on “You Rappers Should Fix Up Your Lives”, he certainly wasn’t decrying a lack of quality in the content. It was a badly worded means of expressing frustration at the decline of rap in the important conversations in the Nigerian music industry.

2019 has, so far, been all about changing the narrative for the genre: on the first day of the year, Show Dem Camp released the fourth installment in their Clone Wars series. This means that in the past three years, they’ve put out three projects, all of which have done very well commercially. But it is the fourth, Clone Wars 4, that will prove to be a masterclass on timing.

With the turn of the year, Nigeria entered into a period that comes but once every four years. It is like what the World Cup holds for players who’ve participated in at least, two previous editions. You’re probably in your peak and you know that you might not have another four years. The duo of Show Dem Camp are rightly being called veterans. While footballers and rappers are not the best parallel comparisons, there arises a chance that the times might have changed massively, and whatever chance they stood to make a magnum opus be reduced to a bare. It is with precision and understanding and musical growth that  Show Dem Camp executed their impeccable artistic vision for CW4. In fourteen songs, they paint a vivid picture of what it means to be a Nigerian, more so a creative. The feature list is stacked with talent, but only necessarily. They don’t hope to accumulate fan bases; the message is given priority and at the end of the day, they come out of the release as front runners, early settlers at the table Hip Hop will eat from this year.

As earlier reiterated, Hip Hop, asides being one of the most intelligent forms of music, is simply, sonic activism. Falz – being an artiste Nigerian journalist Joey Akan once tweeted as coming across as a celebrity who lives in the Nigerian struggle – has always been a socio-political activist. While his brand is effusively entertaining in what could be termed the “Triple Talent” of comedian, rapper and actor. For many, the last two is the most recognizable Falz. It’s the reason he’s in the conversation year in, year out. It’s the talent of a man who works at his own pace and dictates his moves, and makes the industry bend to his artistic outputs, in whatever medium. But Falz is also a rapper, one who is respected by your favorite rapper.

A project of his that bear testament to his rap credentials is his debut Stories That Touch: a fresh-out Falz, still puristic in his music. Across the album, are recognizable stories that only Falz could put that his light humorous touch on and emerge on its closing seconds a master storyteller and satirist. So proficient was his skill at this that when Simi’s breakthrough song got a feature verse from him, did it dawn on us that subconsciously we’d known that all through, that the story of Jamb Question was “Falz esque.” Months later, Soldier happened, a human perspective into a much demonized people. It was the visuals of that song however, that first publicized Falz as a conceiver of big ideas. He relishes the challenge of having his art tagged “controversial.” In other words, talk worthy. Awareness which cuts across diverse levels of literacy seems to be Falz’s goal but even where the wide spread discussions are first, aspirational to the benefit of information and education in Nigeria, Hip Hop stands not too far away, a close second in the benefactors list.

When Falz’s “This Is Nigeria” was released, it was met with mixed reactions; Arts for Arts sake deemed it a poor work, Arts for Society sake commended it. The essays were written, lawsuits threatened, and everywhere one went, the “provocative” video was up in one’s face. Mission accomplished for the rapper then.

However, along the outskirts of popular music, where other non celebrity rappers reside, a brilliant song (“The PVC Story”) was released and later on, accompanying visuals directed by Nora Awolowo. Where “This Is Nigeria” is explicit, The PVC Story is suggestive, employing an array of storytelling techniques that only elevates its cinematic quality. But A-Q is a dark horse; a veteran, no doubt, but a traditional Hip Hop artiste whereas Falz is the typical example of just how ‘Nigerian’ Hip Hop needs to get to attain that national love. Had A-Q featured an Oritse Femi to record a hook for “The PVC Story” would it have been better received outside his core fan base? There’s a good chance. Hip Hop is the outsider in Nigeria. In countries like South Africa, its acts are the country’s front runners of its music, across all genres. In America, a Jay-Z can rap: “I say no to the Super Bowl/ I don’t need you, you need me.” Here in Nigeria, right now, rappers have to find middle ground between their music and professional relationships with brands and artists who will increase their influence amongst other popular genres.

The year started excellently, with Show Dem Camp showing that it can be done. From their dive into the pop market with the Palm Wine volumes and now, CW4, their status as visionaries cannot be overemphasized.

MI also knows how to create buzz. Last year’s LAMB August Projects was the package Nigerian Hip Hop direly needed. Modelled on Kanye West’s Wyoming Sessions, MI assumed an overseeing executive producer role. All the others had to do was be their best selves, knowing that a much bigger umbrella was above. From Crown, to Yung Denzl to Bad Boy Blaq, excitement levels were triggered. The first was a “bring back the bars” moment. The second, an aptly titled “study on self worth,” gave insider info into the life of one of the continent’s biggest rap artiste. The third was Pop entrance for one of the genre’s most prolific acts. It was a sacrifice – for that was a double entendre meaning for LAMB – that certainly paid off.

They’re not done, though: with the Martell cognac Cypher, there seems to be a sort of “warming up” to these acts who, in all fact, are the hot rappers now. If other acts haven’t been getting the same recognition, it is beyond the MI cosign. Each of them have had to polish their technical skills and overall personalities. Whereas A-Q was the firebrand rapper who sniffed the air for beef, he is now a more complete rapper whose humanity gleams through his projects, amongst which two are considered classics. Blaqbonez only had so long to figure out his battle rap tendencies wouldn’t give him desired influence and artistic growth. Loose Kaynon is the Jay Electronica of Nigerian rappers: you know he has skill, but there are many administrative functions that comes with being Chocolate City Vice President which limits his musical output. 2018 was the year Loose went all damn! I’m a rapper. With the same hunger taken into the new year, we can only anticipate great things from the quartet: they all (except Loose) have hinted at solo projects coming out this year (Blaqbonez released Bad Boy Re-Up on the 8th of February).

Whereas rappers used to blame fans for their lack of financial buoyancy, it is good news that the narrative is gradually shifting. People are paying for music. Lawmaking would also go a long way but for now, it is left for rappers to follow the examples of Odunsi, Ajebutter 22, Falz and the LAMB quartet. Create excitement through your art and people will connect; brands will seek your content.

Collaborations, too, go a long way in achieving this. The rapper and producer/sound engineer Alpha who had a remix off a song (“Ocean Boy”) on his Half Price album planned for release on the twelfth of January rescheduled, after he received a third feature verse. Realizing the Pop influence Dremo’s feature could have surpassed the immediate impact in the game of scales. With A-Q getting some deserved attention off his killer verse on that cypher, I’m thinking of what a Kwesta collaboration would do for his popularity. For Blaqbonez, he’s been chasing that Nasty C feature because he knows: featuring bigger acts increases the chance of getting the much needed numbers.

At this point, Nigerian rappers know better than thinking that just rap skill is success in the waiting; community equals success.

Read Next : An ode to lifelines, Ladipoe’s fascinating rap style