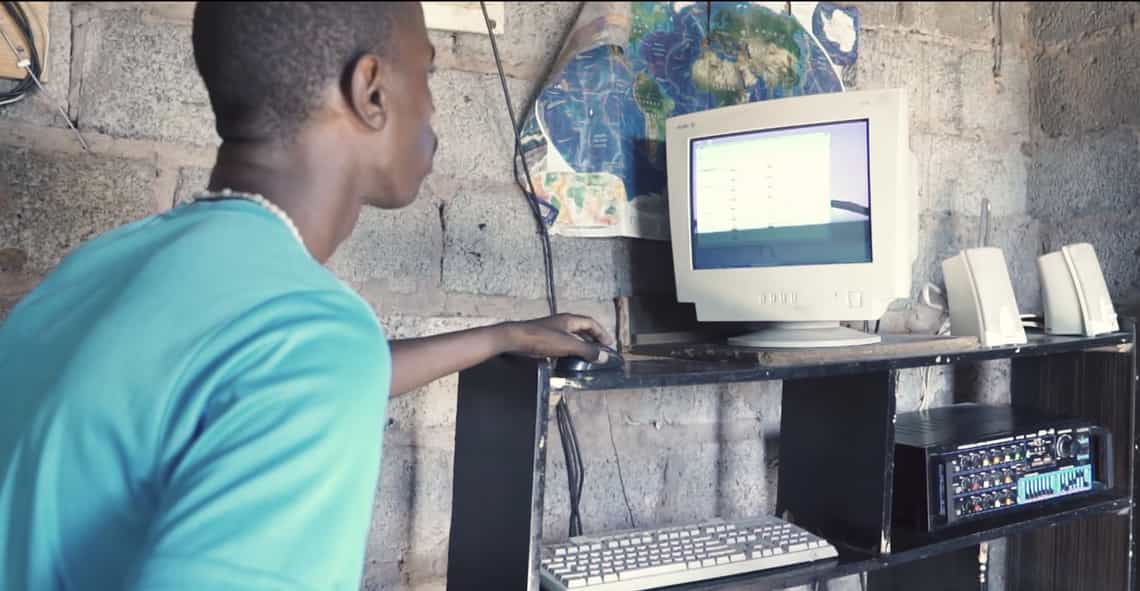 It’s mostly on WhatsApp that South African gqom music is traded today, to such an extent that producers, artists and audiences got massively involved in the messaging service, now a defining place for the creative process of the genre. Explanations with Polish DJ Mikolaj (Basy Tropikalne), a gqom-enthusiast and early subscriber to some of these very exclusive groups.

Gqom was born in 2010, in the townships of Durban, South Africa. Stemming from its elder sister from Chicago, house music, Gqom also integrates elements from Kwaito and Durban house. The raw and jolting sound of the townships has quickly spread outside of the parties that gave birth to it, namely thanks to two unusual means of communication.

On the one hand, the role Durbanese taxis played in the spread of the Gqom sound is quite noteworthy, by blasting the tracks of young producers through their huge speakers. As Nan Kolè, founder of Gqom Oh! music label, said in a Fader interview: “The main test for a track is through the taxi, and it’s also the promo tool. If you have a taxi driver friend out there, then it’s sort of a blessing for getting your music out.”

On the other hand, WhatsApp is very popular in Africa, to such an extent that the platform is also used for sharing newsletters, event invitations… and music through dedicated conversation groups. A whole community of young music enthusiasts and producers has seized this technology to share Gqom tracks and demos between them.

Even DJ Lag, the flag-bearer of the genre, has released his first EP in a Gqom WhatsApp group, which played a great role in its success — according to him.
Since then, the Durban music style has been washing over the world, namely thanks to Gqom Oh! music label, as well as artists such as Citizen Boy, RudeBoyz and DJ Lag. A few months ago, Mikolaj, the founder of Basy Tropikalne, a Polish platform promoting contemporary music from the all around the world, contacted us to promote a Gqom mix he had compiled. As he told us he found the tracks for the mix in one of these closed groups, we just had to ask him more.

How did you get into Gqom music?

I was lucky enough to bump into gqom quite early, as for European listener of course, that is just after the very first Gqom Oh!, Goon Club Allstars and TOWNSHIPTECH releases back in 2015. I definitely remember playing it in my Basy Tropikalne radio show in the second half of 2015. I also actually remember hearing gqom for the first time – it got me at hello because it was something so different, so completely fresh and so new to me that it totally amazed me. At the same time obviously the music was really dark and disturbing – like Dominowe’s ‘Africa’s Cry’, the opening track from the first proper Gqom Oh! release from the early 2016 which to this day remains one of my favourite gqom tunes – so I remember having doubts whether in fact it’d be a good idea to play it in the radio (it’s a public radio I’m talking about) but since my show started as late as 11pm I thought it would actually match the night’s atmosphere perfectly.

WhatsApp, the place to be then for gqom

Fast forward to the early 2017 and in a random conversation Łukasz Warna-Wiesławski (a curator of the world-renowned Unsound Festival and the guy responsible for spreading and showcasing gqom in Poland back then) mentioned that he heard that WhatsApp was the place to be then for gqom. Now, although this may seem a bit funny I do think it’s really important that we had this conversation when I was staying in Spain for several months. WhatsApp is still not that common in Poland and it was even less used and definitely not popular back then whereas in Spain of course it’s an everyday tool which you simply need to exist in the society so I was a regular user.

I really wanted to get into that WhatsApp gqom circles but of course it’s not an easy task to do out of nowhere. Then I remembered that I have the contact to that Phelimuncasi guy. I started asking him whether he’s using WhatsApp to share his music and whether he could send me some tunes through there. We exchanged numbers and he started sending me tracks every now and then. I kind of felt that there must be whole groups where producers share their stuff with a lot of people at once so I started asking him whether he knows anything about this and could add me there. It turned out it’s not an easy task because those groups are private and only admins can add new members there. So at one point he founded his own group and added me – as well as all his contacts – there. This was a breakthrough moment because a bunch of other producers were sharing their songs there as well and I could reach them and ask to add me to their groups as well. Although this may seem quite simple from this point on, it really wasn’t and still isn’t. In majority of the groups my number is the only number outside of South Africa so I’m not really a trusted person there which I completely understand. I had to be somehow validating myself that I want the tracks to be playing them in the radio here in Poland so I had to send the guys videos of me playing their tracks from the studio. Once they were getting them, they were really excited and were more eager to collaborate. That’s why I decided to start this series of mixes which will be only 30 minutes long but released each month.

How many groups are you in?

Right now I’m in around 10 groups – I mean, in total I’m in much more but 10 out of those are still active, out of which 6 are very active, meaning around 50-100 messages a day. This is not the busiest I’ve seen, I remember a group which had several hundred messages a day but even this went silent eventually. It’s hard to say exactly how many tracks are sent per day becasue it really varies and depends on the group. But I can say that usually after 3-4 days of waiting and not reading the messages there I then have around up to 40-60 tracks to choose from out of which I usually select 20-30 to download.