KOKOROKO, the many moods of afro‑jazz 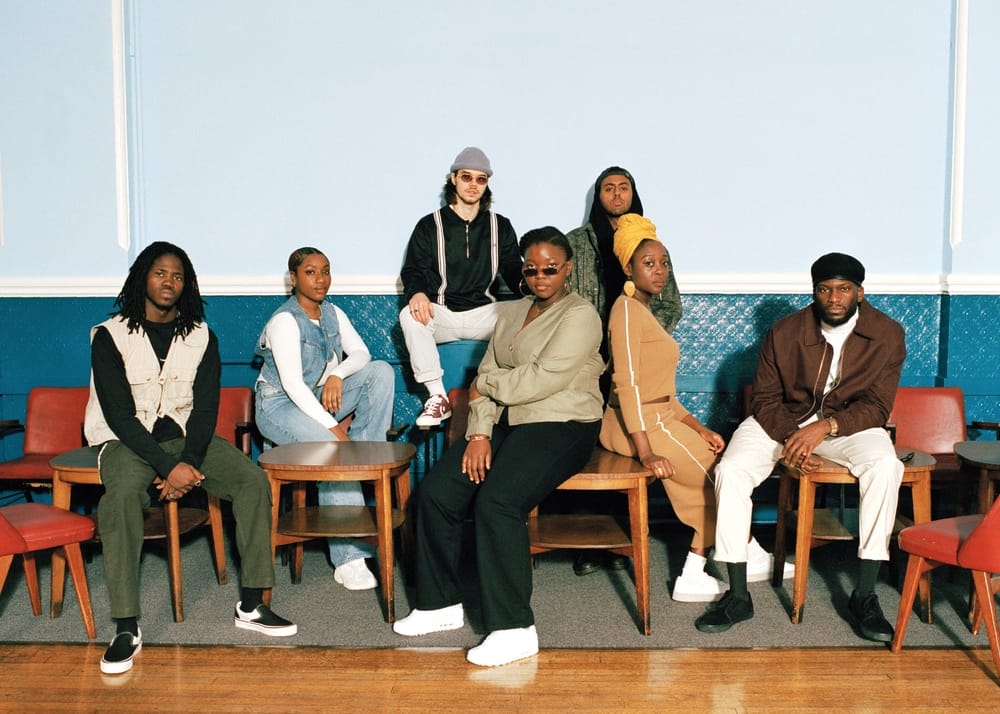 With their self-titled debut EP, the London-based combo KOKOROKO reminds us that jazz is not just the soundtrack to chatting about life with a glass of bourbon. Theirs, blended with soul and afrobeat, is also an invitation to travel and dance.

It’s been a long year’s wait until KOKOROKO decided to give a sequel to the wonderful “Abusey Junction”, the track that put them under the spotlights on the already-cult compilation We Out Here, a collection that intended to give an insight into the creativity of London’s actual jazz scene. The musicians released a debut EP, where jazz and afrobeat cohabit in perfect harmony, without stepping on each other’s toes. With the tempo given by a 100%-female brass trio, the four tracks gravite around trumpet player Sheila Maurice-Grey. We exchanged a few words with her in order to learn more about the 8-piece orchestra.

Though we are still far from “Despacito” 6 billion YouTube views, the – until now – almost unknown KOKOROKO don’t have any reason to blush about the 25 million views caused by their sweet ballad “Abusey Junction”, also featured on and closing the EP. Obviously, the band had no alternative but seize the moment – the unexpected reception – and propose a real release, without feeling any pressure yet from the audience expectations: “I guess that most of the people heard ‘Abusey Junction’ before any other song. We have been playing some of these tunes for many years now. We are just playing what we used to play before and this is genuinely the music of KOKOROKO that we recorded. I do not think we felt the pressure in that way. It is always important to be yourself. Even in this situation, that is the key.”

In addition of being under Brownswood supervision, led by talent spotter Gilles Peterson, the strength of KOKOROKO is also the eight equally skilled musicians that form the band. The trumpet in one hand, the conductor’s baton in the other, Sheila is calling the tune with a moderate authority: “I am the band leader, but it basically works when most of the time, people are bringing in some ideas, and we are working through them. Sometimes we write together as well. It is a mixture, it is like any band, I guess that everybody is going through the same process. We play things as they are. Most of the time we end up sitting together, rehearsals are turning into jamming and playing, and some of the things we jam just sound really good!”

Beyond the studio sessions, KOKOROKO earned their stripes on stage. In this environment, the band tests and brings its music to another level, in a continuous improvement spirit. Therefore, Sheila explains that a track is ready to be recorded only once it sounds good on stage: “For me, I know when a tune is ready when we perform it live. Sometimes it goes well at first, but sometimes it goes wrong, so we try to rework things during rehearsals, soundchecks or whenever we can. It is a continuous process. Most of the time, when it sounds great live, it also sounds great when it is recorded! When we perform, we just need to know when it works and when it doesn’t.” 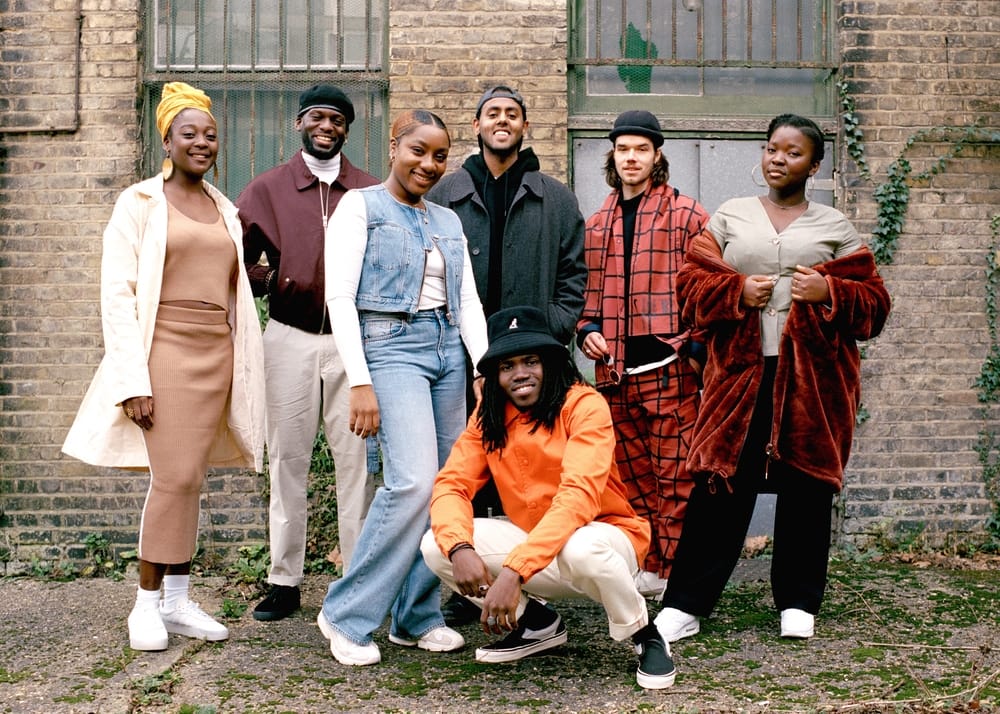 The magic of London

We’ve already and regularly stressed on this fact here: London is definitely the main place when it comes to talking about the new jazz generation. The Queen can be proud of her young citizens – often originating from the diaspora communities – who are overtaking any other European city in terms of musical effervescence. For almost five years, KOKOROKO have worked and progressed inside their bubble, taking up more and more room in this boiling cauldron: “The first person I met is Onome (Edgeworth, percussionist), through a youth development program. Some of the guys are friends, and we basically met from different artistic forms, not only at school or in musical programs.”

Sheila and the others started to play together, learning the ropes by performing some covers of songs they love: “When I started the band with Onome, we wanted to play music made by all the greats, from what we learnt. When you learn jazz, you transcribe different songs by various artists. I guess we had the same kind of attitude, we chose to specifically focus on listening and playing what we heard. When we thought it was the time, we started to write our own music, but it was a gradual process.”

As if they were passing the word around with other bands who developed themselves in the same way, the KOKOROKO musicians play and grow together, without even noticing that they became part of a local movement which is poking the interest of the planet’s music lovers : “I wouldn’t say it is anything amazing, what I just see is people playing the music they love to play.”

When we insist and tell her that we believe something remarkable is clearly happening in the city, to the point that we are wondering if there is a nest hidden somewhere in the underground, Sheila eventually gives us some clues: “London is a melting-pot of many cultures, and a lot of us are playing music from our heritage. You have people from the Caribbean, some people from Africa – basically from all over the world. It is a mixture between their upbringing and their interest into jazz. I think this is a simple fact that all of this comes together. A lot of musicians are playing in each other’s band as well.” 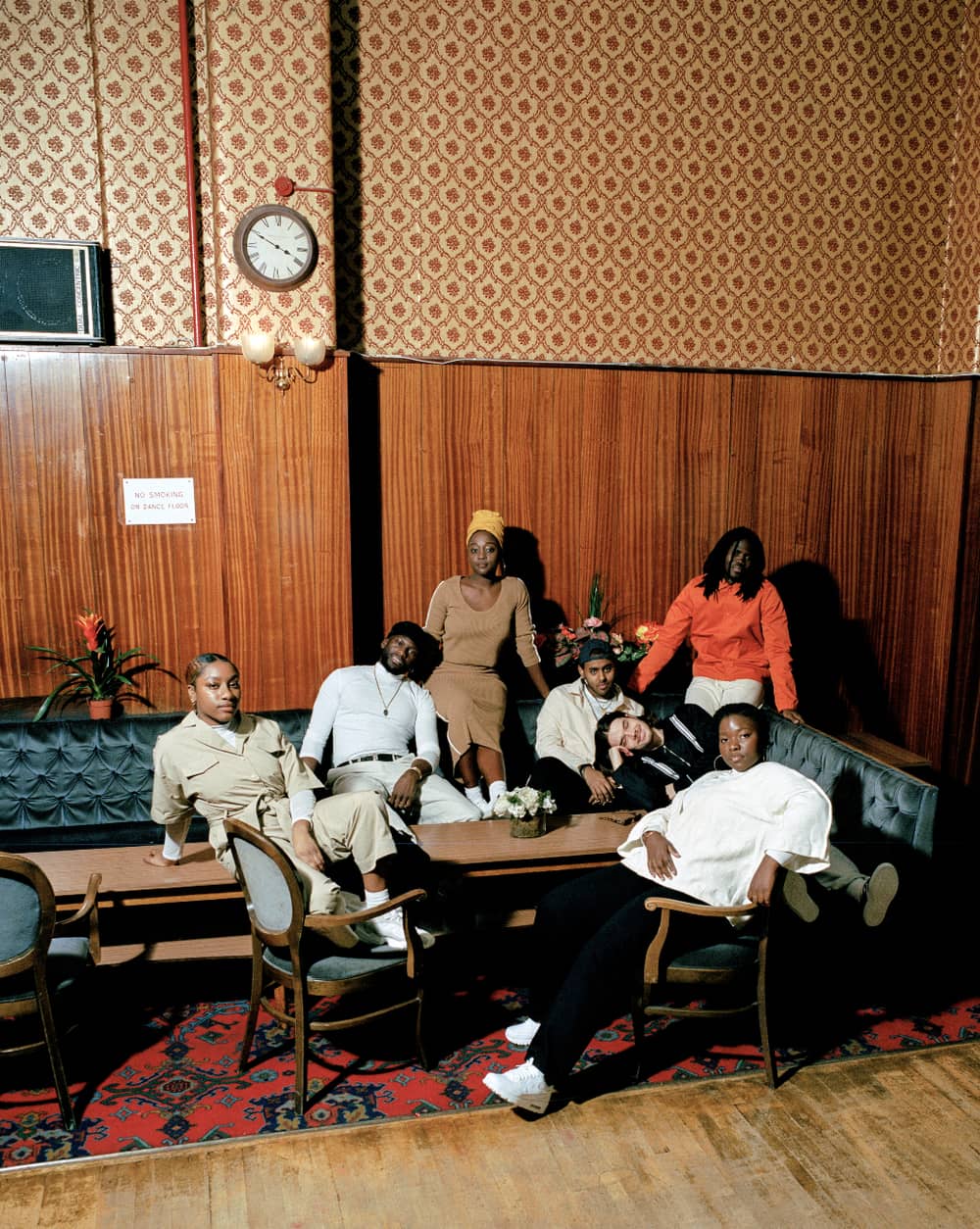 The Nigerian ancestry of a few of the band members probably explains how much the afrobeat influence is tangible in the KOKOROKO’s music. As for Sheila, most of her own heroes come from the continent: “In terms of emulation to afrobeat, Fela Kuti, Ebo Taylor, or other musicians who did not really have a high life like Abdullah Ibrahim, are key musicians and they have been great for my personal musical journey.”

As a matter of fact, on the four tracks, the welcoming tone of the percussions blends with the warm sound of the brass and the guitars’ expressivity, like on “Adwa”. This eventually gives a possible definition of modern afro-jazz. Between two brass solos, the three women dress the songs with their voices, as in the inwards journey of “Ti-de” or in the broken groove of “Uman”. Africa is clearly resonating in the music of KOKOROKO, thus becoming something singular and one of their essential characteristic, though Sheila reminds us that this influence has always been present in jazz: “If you know anything about the history of jazz, you know that it is heavily influenced by West-African music, and different cultures from Asia or even Europe. There has always been that crossover, even when you look at musicians like Fela Kuti. When he came to the UK, he started making jazz, so there has always been this correlation between the genres. Nothing is new under the sun!”

Nothing new, maybe, but behind the gang leader’s modesty, there is definitely something fresh and an appealing musical feature, promising some pleasure for the ears in a debut album yet to come…

The EP is available since March, 8th 2019 on Brownswood Recordings. You can order it on Bandcamp. Listen here.

Read next: How Unknown Soldier became Fela’s most emotional record 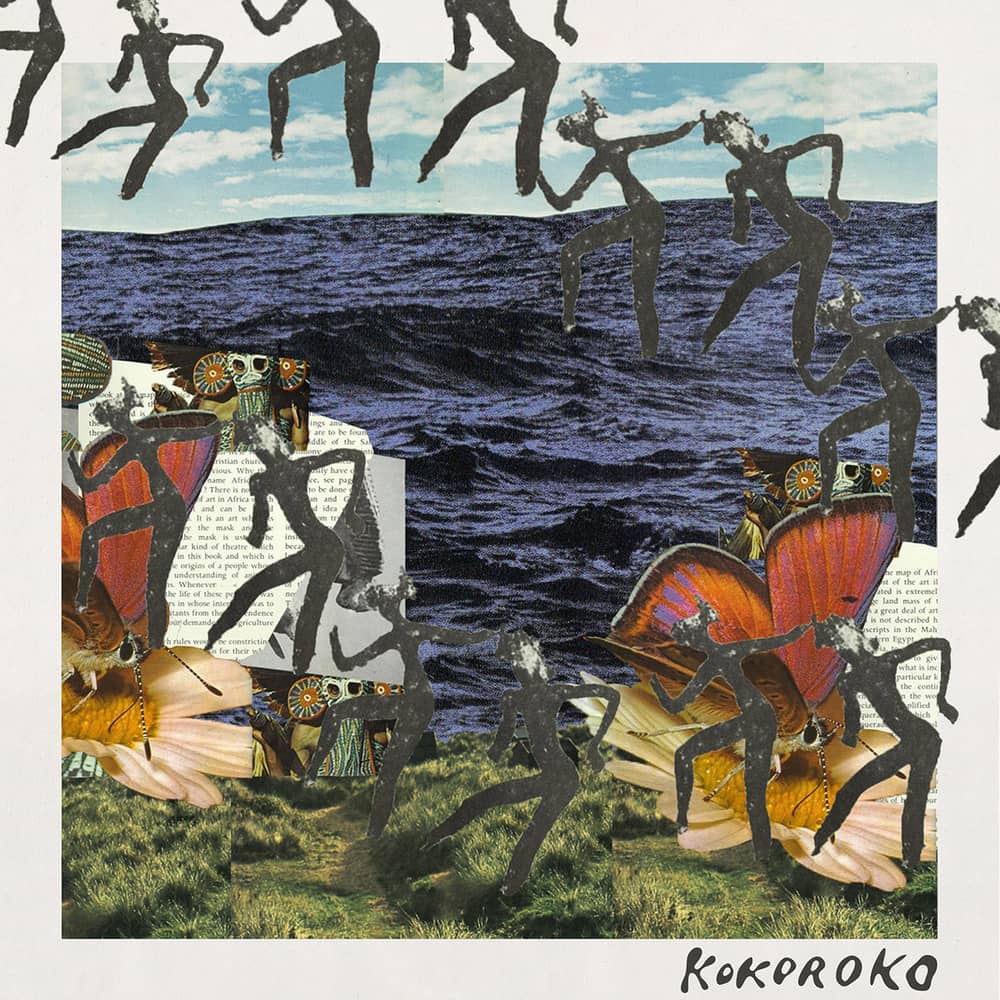