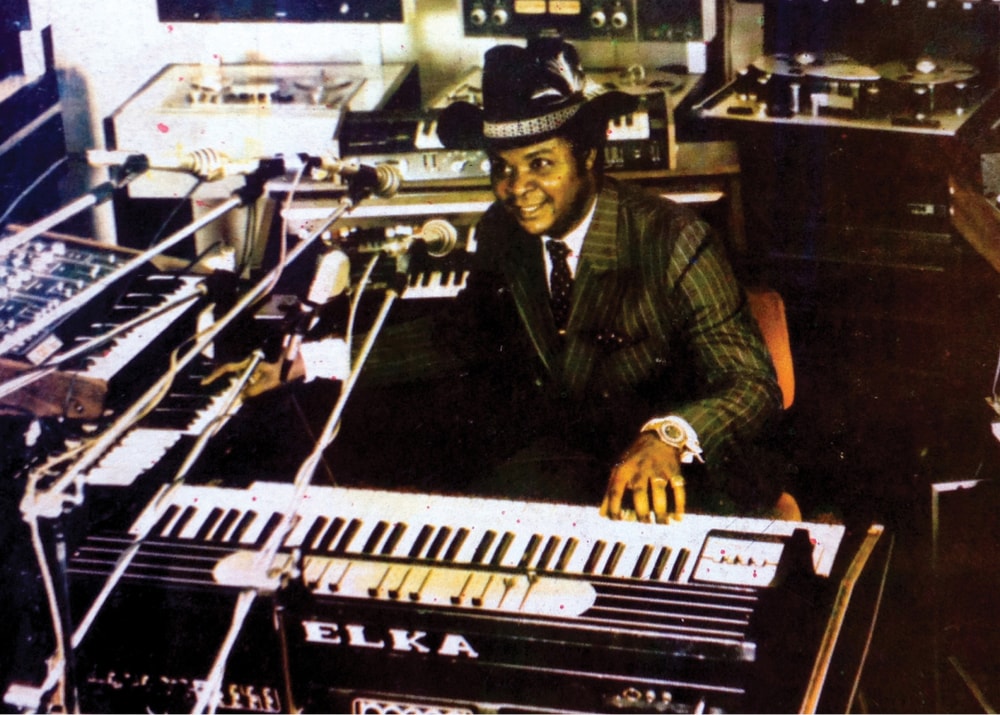 The life of the late sonic genius, who died in 2017, still remains a mystery.

The man is just as mysterious as the recipe for his music. Onyeabor was truly a UFO who crossed over the Afro planet in the ’80s, before leaving it all behind and eventually seeing his name pop up 25 years later thanks to Luaka Bop’s reissues.

Who was William Onyeabor? The question – that served as a title for the 2013 compilation by Luaka Bop – still remains unsolved, or almost, following the death of the weird and equally inevitable Nigerian keyboardist, who passed away on January 16, 2017 at 70 years old. The David Byrne-founded label, renowned for having unearthed some major forgotten figures – Tom Zé, Shuggie Otis, Tim Maia, etc. –, had once again won critical and audience acclaim when they brought these weird sonic craftsmen out from the shadows. Amongst the crate-diggers’ community and those who track the under-the-radar records, Onyeabor was already well known. Each of the nine LPs that William Onyeabor produced between 1977 and 1985, were highly sought after pieces of plastic: his debut album, the soundtrack he recorded for the self-directed film Crashes In Love, sold for more than 3000€. This was for an early unplugged version.

Five years later, in 1982, he recorded an electronic version of the track. The difference in sound between the two releases shows that in the meantime the musician began to experiment with some hot new grooves on keyboards. Atomic Bomb, a great 1978 vintage, and Good Name, an EP from 1983 on which he declared that “God is Love” are two landmarks of a figure who has traveled through history like a comet, the same way in which he passed through the musical spectrum, innocently erasing clichés that were associated with afro music. Finally, in his own unique way (an esoteric candor coupled with a foreknowledge of stratospheric and enchanting keyboards), William Onyeabor announced better swinging tomorrows on this side of the musical planet. Listen to his crazy version of “Body and Soul”, echoing what could have been produced by Parliament and Funkadelic’s Bernie Worrell, or Herbie Hancock (Sextant era), two other providers of funk’s cosmic connectors of that time. 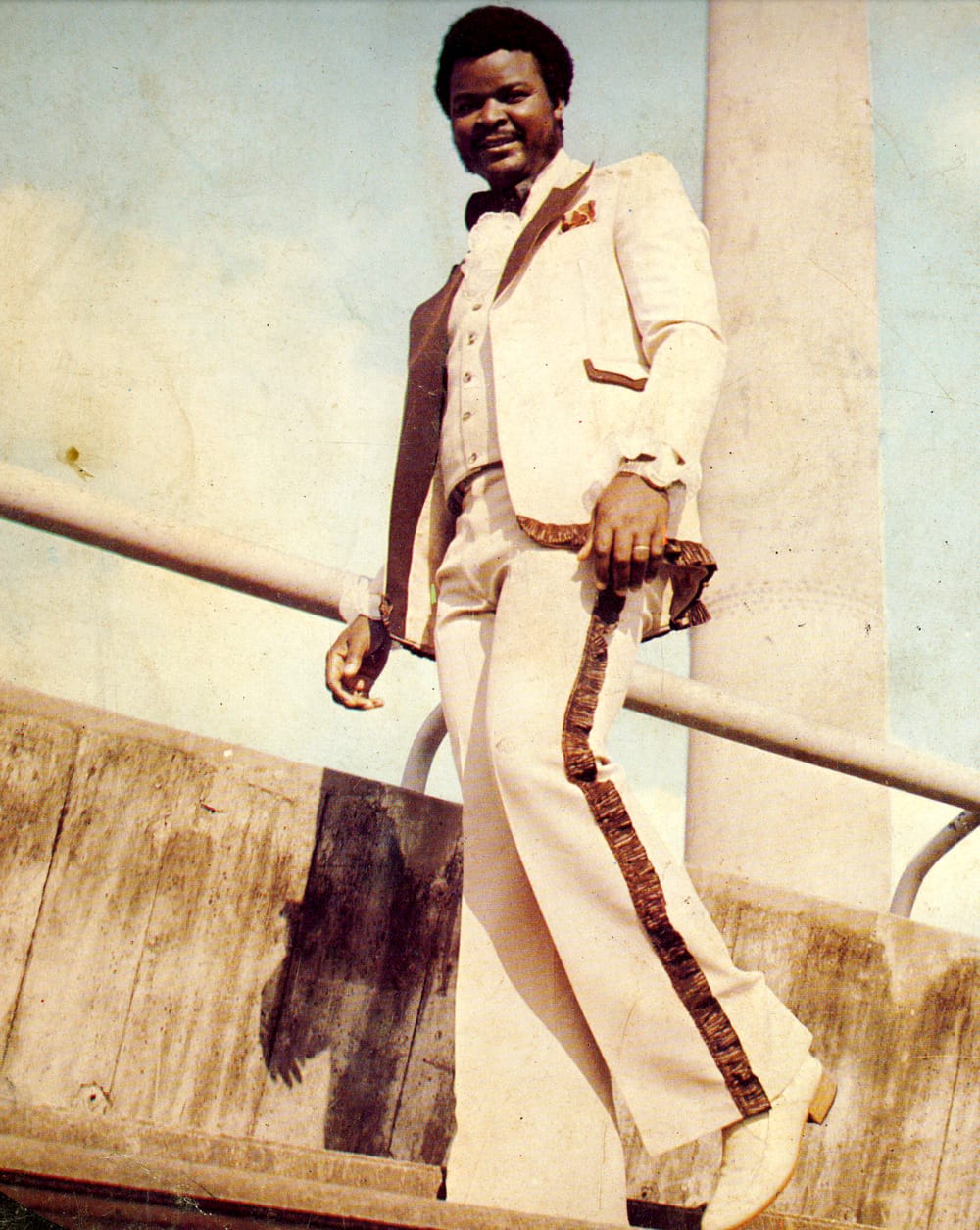 If you find yourself in trouble, you’d better come and dance!

“If you find yourself in trouble, you’d better come and dance!” says the new wave afro guru, soon-to-become pastor in the mid-1980s. Before his conversion, the prophet of cheap and chic synths that will soon flood the continent in the 1980s released his latest rocket: Anything You Sow. The album artwork shows the Nigerian musician with his faithful cowboy hat, surrounded by his many keyboards. Legend has it that he was the importer of the mythical Moog instruments to Nigeria! As a DIY evangelist, he manufactured his own records and produced his own movies. His baseline? “Creativity at its best.” All his records were produced in his stronghold, the Enugu-based Wilfilms’ studios, the big southeastern Nigerian city where he was born. This is where it all began, and ended, too, for the one who grew up in a working-class family, before leaving to study cinema in Moscow! Some may say that he left to study law in Oxford. Who knows? Enugu’s inhabitants even though he was a true Russian, an opinion based on the weird originality of Onyeabor’s music!

He would reappear at the turn of the year 2000, shrouded in mystery, with the help of some compilations – particularly Nigeria 70, where Onyeabor’s anthem “Better Change Your Mind”, steals the show. “Something that did not sound like anything else! Especially the bass line…”, remembered Duncan Brooker in 2013, a London-based record collector and the author of the compilation released on Strut Records. The track features frenetic keyboards, electric saturation and a voice that chants to the whole planet – Cuba, Northern America, Russia, and others are called out – his own version of the world, far beyond the black and white visions. Like waving odes that push away dominant ideologies. Clearly non-aligned, the “fantastic man” – to paraphrase one of his cult tracks that became the title of a documentary retracing his life – was a figure that escaped any attempt of rational definition. The man was not very keen on categories. 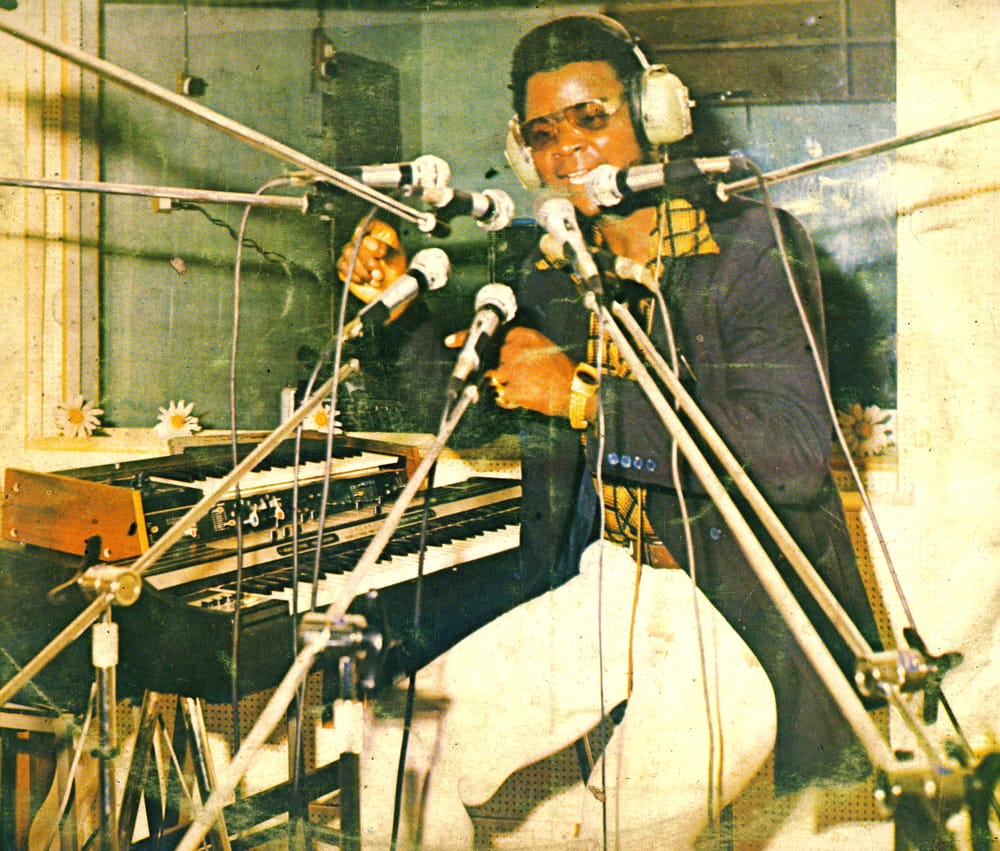 Then who was this funny man with a lunar smile?

Onyeabor was like a unique mix of George Clinton and Prince Charles, two keyboard masters of esoteric funk, a hybrid of Larry Levan (disco music’s apostle) and Can (krautrock prophets)… Onyeabor, like an ultimate remix of François de Roubaix (unconventional OST adept) vs Sun Ra (supreme guide of the Minimoog, Celesta and other odd synths), with high-pitched vocals that curiously echo the Black President of Afro-beat, Fela himself. Like the latter, he developed an unparalleled musical touch, a quirky signature, as difficult to reproduce as it is irresistibly heady. Very early on, William Onyeabor was able to connect himself to the latest keyboards, to eventually give birth to the soundtrack that we all know today. Rare and unaffordable tools, especially in Africa at that time. How did he manage to get a hold of them? The question remains unanswered. With that modern equipment in his hands, he would become that genius capable of making a legless one dance. In short, the post-modern guru of Afro-retro-futurism.

Who was William Onyeabor? A self-made man, that’s for sure, with a keen sense of business. But he was an out of the ordinary businessman. When Luaka Bop director Yale Evelev tried to find out more, when finalizing the deal on the reissues of the album, the only answer he received was: “I speak only of Jesus!” Certainly that was the case, but when it came to leaving this magical world to reach more prosaic issues, he knew how to be quite down to earth: the Nigerian invested in a millet flour mill, which would earn him the award of “Top West African entrepreneur 1987”! He even ran a local football club. One thing is certain, in his hometown, he was the boss. But the mystery remains intact. Who was this musician gifted with the trick that some call genius?

“After a two-year investigation and three trips to Nigeria where I met him, I still do not know much more” confessed Eric Welles Nyström in 2014, while he was investigating for Luaka Bop. “Very few people have an answer – among them I guess his own mother. Sometimes it’s nice to know the stories, sometimes it’s good not to know anything” he added, ironically. Sticking to the music, Carl Craig, a tutelary figure of ethereal techno with his own label Planet E, always preferred to see the meteorite of Onyeabor as “a myth of the underground”. Many aesthetes of synth, starting with Money Mark (known for his work with the Beastie Boys), praised his out-of-the-norm music. But in the great concert of post-mortem praise, while everyone will emphasize Onyeabor’s visionary class, no one will know how to unveil the mystery of this atypical musician. Sometimes it’s better that way.

Listen to William Onyeabor in our Afro Groove Party playlist on Spotify and Deezer. 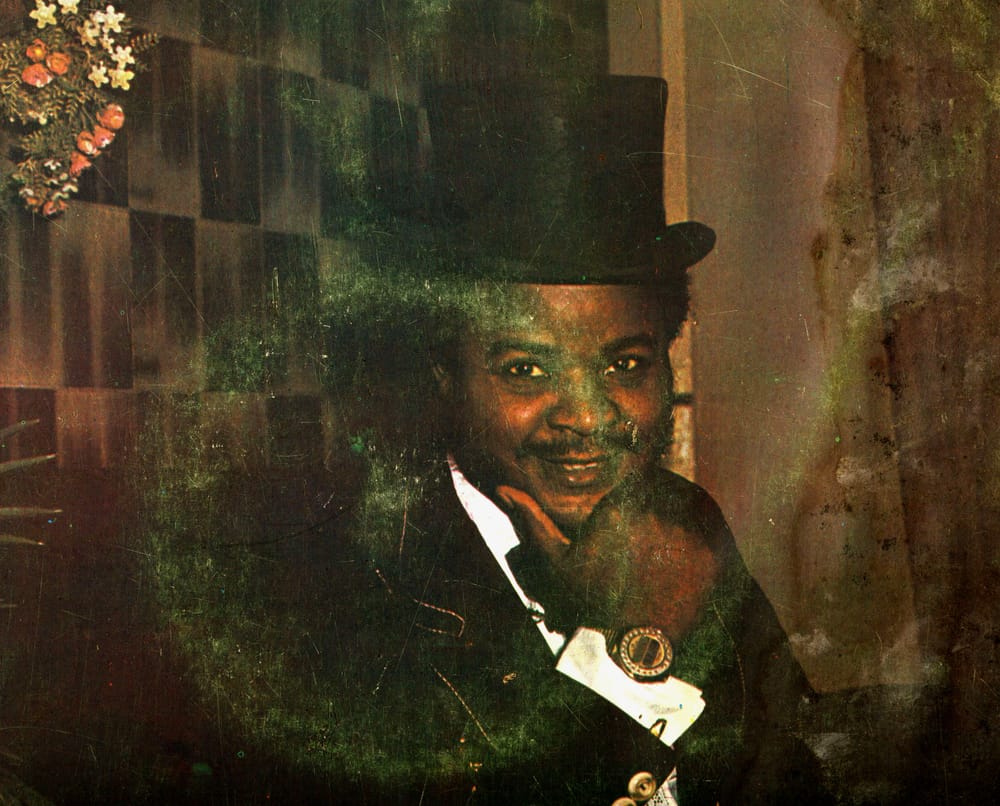 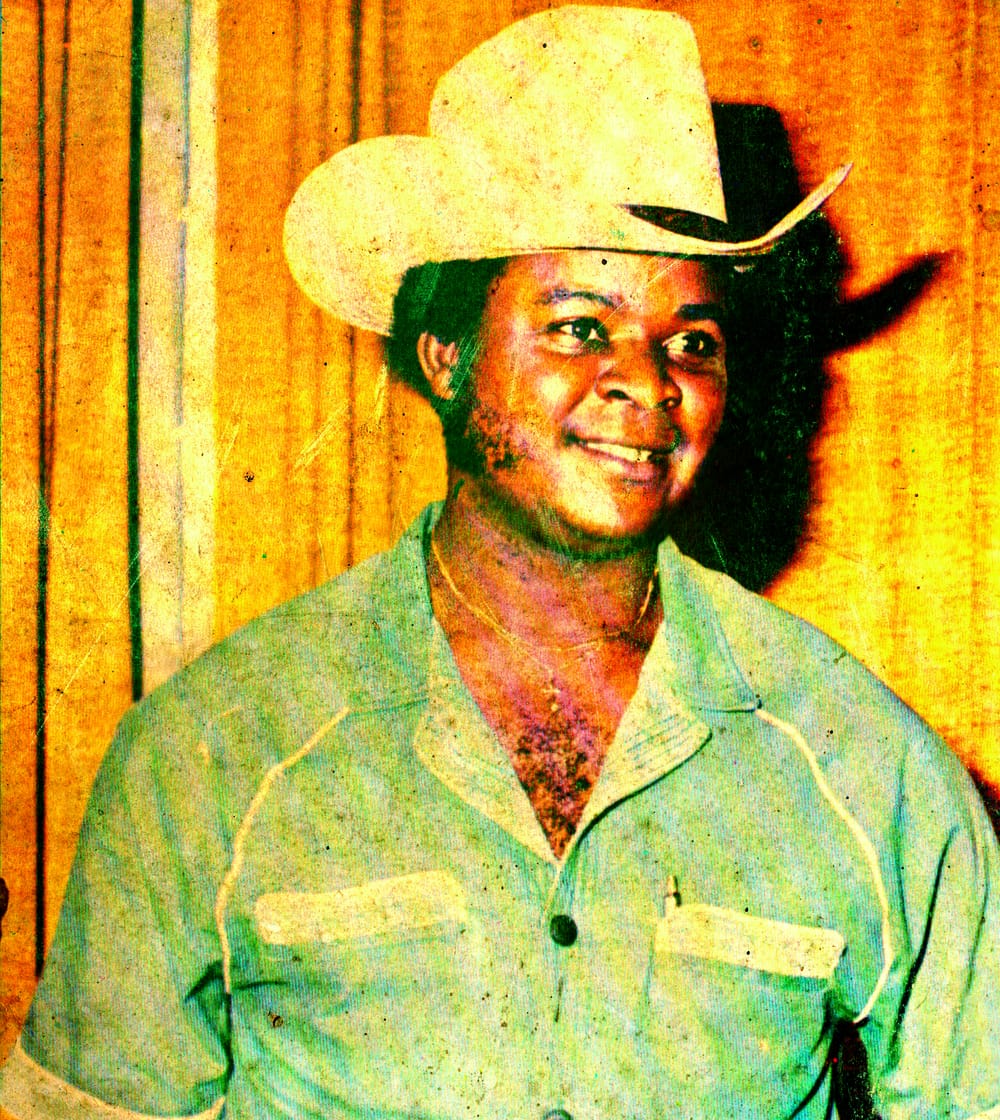