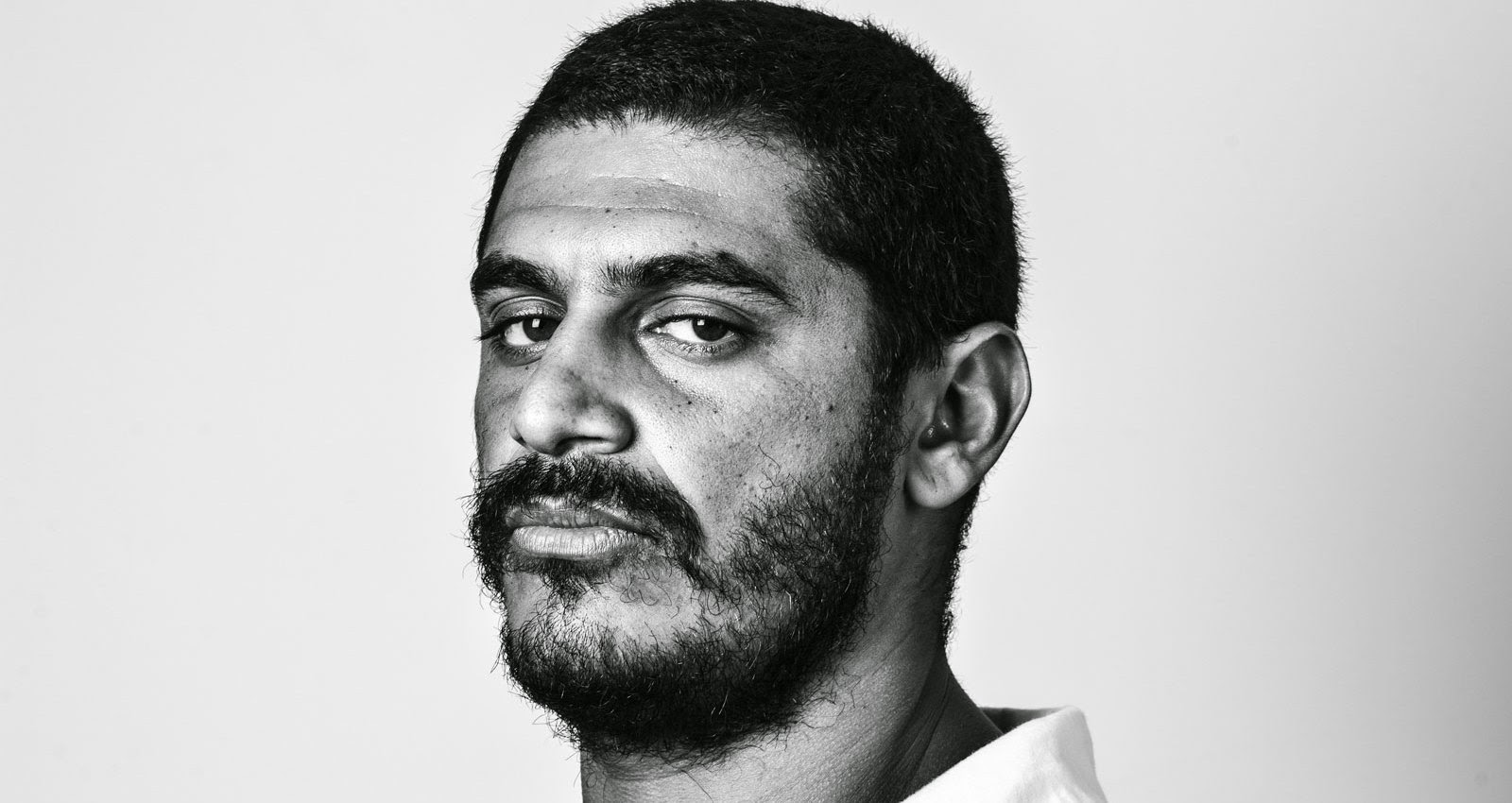 At 42 years old, this child of the favelas of São Paulo’s Zona Sul, has somehow always known how to combine music and social engagement. His most recent record, Espiral de Ilusão (2018), makes this evident, with sharply delivered lyrics hitting hard, whether dropped on hip hop beats, or sung on samba melodies.

Since the early 1980s, hip hop has established itself in the sprawling city of São Paulo, a megalopolis with a population of 12 million. Breakdancers and rappers meet at dedicated spaces, such as São Bento station, Galeria do Rock on 24 de Maio street, and the Teatro Municipal. This is also where Pode crê! was founded, the first hip hop magazine in Brazil – the equivalent of The Source in the US or Radikal in France. Kleber Cavalcante Gomes aka Criolo was born on September, 5th, 1975. Alongside the young rapper Emicida, they are among the most worthy contemporary representatives of São Paulo’s hip hop scene.

The artist’s nickname, “Criolo”, defines him as an Afro descendant. This follows the cultural movements that developed in Brazil since the 1970-80s. Criolos family actually originates comes from the Nordeste region, 3000 km away from São Paulo. Since the 16th century this region was well known for the exploitation of African slaves in the sugarcane fields. The story of Criolo’s own family would find itself alike to those of the novels by Bahia-born author Jorge Amado: “My family moved from the Ceará state to settle in the suburbs of São Paulo, specifically in Grajaú, located in a southern neighborhood called ‘Zona Sul’. They left this very poor region so that they could live a better life”, tells Criolo, evidently a bit tired, in the Parisian café we chose for the interview. Just before our encounter however, he sang the samba “Lá Vem Você” beautifully for Radio Nova.

Without trying to be intentionally tragic, Criolo bluntly depicts the reality of Brazilian society’s outcasts: “I had a very hard and painful childhood, but my family had always been good with pedagogy in explaining to me the reality of the outside world. They never tried to hide what was happening on the streets.”

His acute social awareness naturally brought him to explore the world of hip hop in 1987: “I started rapping and two years later I performed my first show. When I first heard rap, I could easily identify with most of what was said about racism, tensions in the hood, social issues. This was my same personal experience. There were things I could feel deep inside, but didn’t know how to express. That’s what made me want to write and get involved in the movement. I used rap as the medium, and my first attempt at it was a mixtape released on cassette that I circulated in the neighboring hoods and schools. I even had a Myspace account in 2004! It seems so long ago now!” Criolo says he was inspired by the North-American flow of Nas, Das Efx and Wu-Tang Clan, but also by São Paulo’s rich hip hop scene, in particular the Racionais MC’s who shared the stage with Public Enemy. Not forgetting either Thaide, a rap pioneer hailing from the Zona Sul, also active for the last 30 years. Contrary to his cultural and artistic career, Criolo also worked hard as a social worker for many years.

It’s in 2011 however, with Nó na Orelha that Criolo’s career took off. He used his voice to sing for the first time, and this explosive cocktail of trip-hop, afrobeat and samba led him to win at the Brazilian Grammys where he was awarded Best Newcomer’s Track prize by MTV. Caetano Veloso recognized his talent, and hailed him as one of the most important figures in contemporary Brazilian music. This would make the rapper go red with embarrassment: “I feel very grateful and am deeply moved by that, because Veloso is a highly important singer to me. He’s a great cultural and political leading figure in Brazil, and a good friend, too.” Criolo himself is part of an extremely rich and varied scene in São Paulo, with alongside names such as Bixiga 70, Rael de Cima, Céu, Metá Metá, Anelis Assumpção, Emicida, Tulipa Ruiz, etc. “I feel like a beginner next to all these exceptional artists, with their intelligent minds and strong musical statements as well as sharp social and political opinions.” 2006 was also a pivotal year for Criolo: firstly because he met Marcelo Cabral and Daniel Ganjaman who, beyond his funny nickname, is also Nação Zumbi’s producer; the pair convinced him to record his debut album, the great Ainda Há Tempo (“it’s still time”). Secondly, because he founded Rinha dos MC’s with DJ Dan Dan. The duo launched the multidisciplinary event “Rinha dos MC’s” in their own hood, that followed the hip hop tradition of: rap battles, street art, beatmakers, DJs, graffiti and photography: “It was a way for us to forge a bond between the people in the hood, and help them express their creativity”, explains Criolo. “Since 1999, I’ve practiced photography and street art, two artistic disciplines closely tied with hip hop culture.”

The spiral of illusion

As exhilarating as it can be, success did not displace Criolo from reality. His latest album, Espiral de Ilusão, perfectly illustrates the words of poet (“and diplomat”) Vinicius de Moraes: “To compose a samba without sorrow is like loving a woman who is just beautiful”. The title itself hints at the melancholy there is to be found beneath the joys of samba: “It’s mainly a reference to my personal situation, but also to the political climate and the huge issues this country has to stand up to right now.” For a long time, Criolo devoted himself to the most famous music of his country: “Samba is powerful. I pay tribute to the ancestral nature of this deeply rooted music.”

Implicitly, he re-established the legacy of his family through the sound of the cavaquinho, a small four-stringed guitar originating from Portugal: “My grandfather worked on the docks, and my father worked in the steel mills. Singing the samba helped them escape their social environment. A music that brings people together and helps them to express themselves. In “Menino Mimado” (“spoiled child”) – one of the album’s best tracks that PAM has already reviewed on here – Criolo addresses “the corrupted political class that rules the country. They behave like spoilt children and I think such privileged people should not be running the nation. Those who have power are using it to get richer and help multinational corporations fill their pockets, where they should be using the people’s money for common good.”

Last year on March 14th in Rio de Janeiro, the assassination of civil rights activist Marielle Franco left Criolo devastated: “Unfortunately, this is the kind of tragic event I’ve witnessed since I was a kid in my favela. Activists who fight for our rights, for our equality, for better social conditions, against racism… their lives are suppressed right before our eyes. They are true martyrs because they know they could die at any moment for the struggle. In Brazil, people who want to do good for the country are either assassinated or imprisoned.” He’s not at all optimistic when it comes to the future of his own country: “The mindset of corruption is like a finger on the trigger”, he prophesizes. Whilst waiting on better days to come, Criolo continues to be a mouthpiece for the people without a voice on stages around the world. To this day, it is sadly clear that the rapper is still little known in France (and around the world). Music programmers, take note! 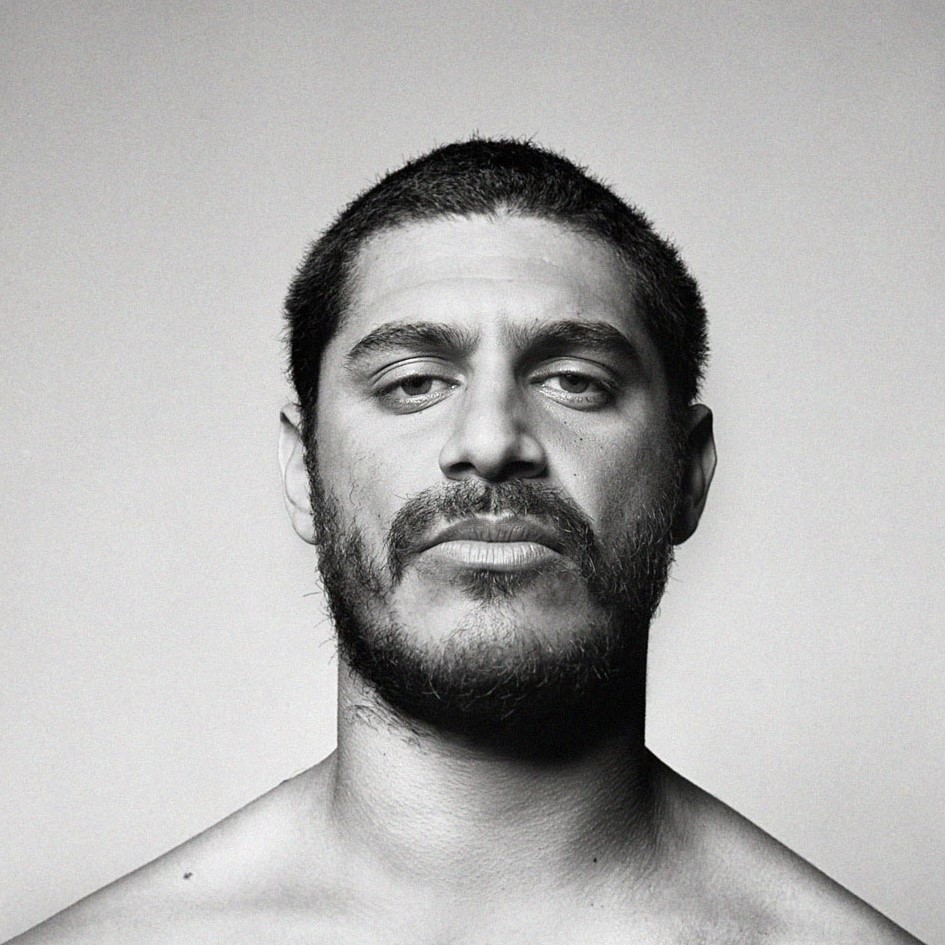