Maka: "The kind of music I make never die, no matter how many times you perform it" 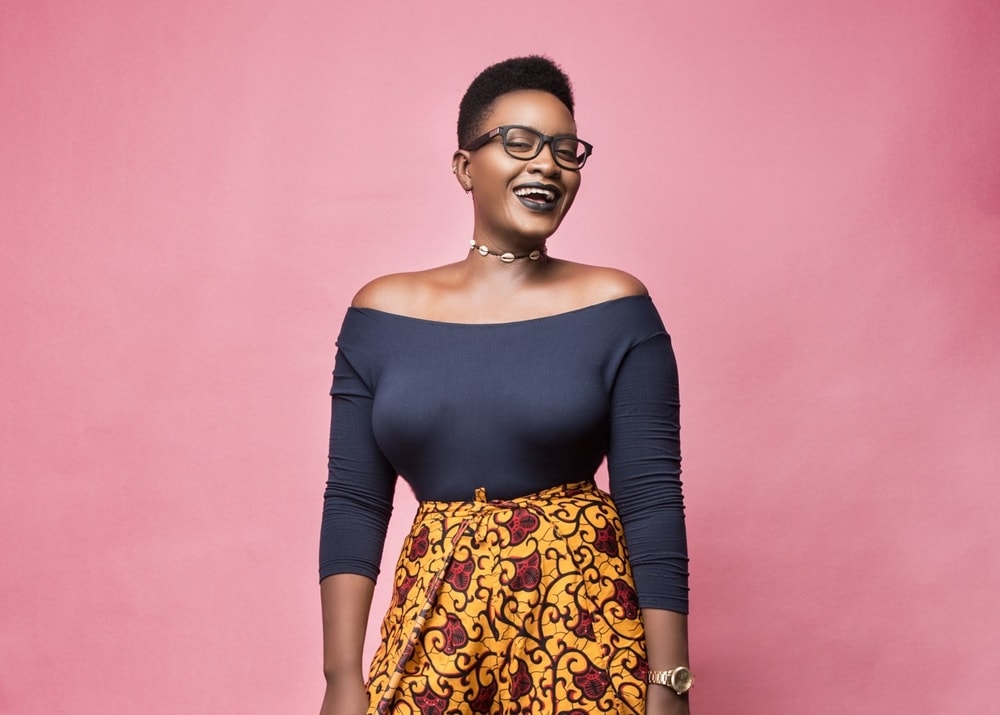 Maka fuses elements of soul, hip hop, rap and jazz from Lagos. She is a soul singer and songwriter who quit her career as a Lawyer to pursue soul music professionally in a city and time dominated by heavy drums.

Against these odds, Maka is one of the new wave of singers in Nigeria changing the sound of Afropop with alternative sounds and fusions. For someone who started out by openeing shows for acts like Linx and Tiwa Savage, she now has two EP’s to her name, headline concerts and performs frequently to her increasing fanbase.

We chat with Maka, few days after her performance with her band, OBLT at Felabration 2018.

Can you tell me the story behind your song, “I Just Got a Cheque“?

It’s about the reward that comes from doing what you love to do and that has always been my motivation. Finally being able to support me and my family from music is what drove me to write the song.

That means you are motivated by the rewards that come from singing?

Everyone has to survive. Life is about survival and that’s why people work, to make money, to survive. So, it’s just more rewarding and fulfilling when you are able to survive from doing what you love. Music is what I really love to do and yes, I am motivated by the success of it. I am no longer in the state I was when I started music, things are better now and that’s what motivated the song.

It’s been two years since you released your EP, ‘The Truth’, how has it been so far?

I released ‘The Truth’ in April 2016 and I am actually still performing ‘The Truth’ and it has metamorphosed into a lot of things, it is now bigger than I imagine. I am actually still recreating some songs of ‘The Truth’, I am still re-arranging, I am still bringing up re-mixes and new versions and that’s what happens when you make the kind of music that I do. The kind of music I make never dies, no matter how many times you perform it.

Talking about the kind of music you do, how does it feel to be a soul singer in a generation dominated by Afrobeats and heavy drums?

Honestly, it’s not as crazy as people think. It’s not a solitary confinement, I am not the only one, there is a lot of people doing soul right now and that also means that relationships keep growing. I don’t feel alone, I feel the love from everyone, from my fans, from people who listen to my music for the first time and connect. So, being a soul singer, I really don’t feel the difference because as long as you are putting out good music, you are going to have fans.

When did you start singing?

I joined the choir when I was like six (6) years old but I started singing professionally as an undergraduate at the University of Lagos where I studied Law. I started singing as a Law student in 2012 and I perform every time a show is happening in Unilag, I will open the stage for artistes like Linx and Tiwa Savage when they come for University concerts and tours, then in 2015, I recorded my first professional record when I decided to take music as a career. I have been called to the bar and started working then and I realised, ‘now I am done with school, let me start music’. It’s a song titled ‘Ife’, produced by my friend, Eclipse and in 2016 I released ‘The Truth’ and it has just been music, music, music from there.

Did you choose music over your job?

Yes, I left my job somewhere in-between to pursue music full-time. It wasn’t easy then (laughs) but now, I can’t complain.

What was your parent’s reaction when you decided to pursue music fully?

I have a musical background, my mom was my choir mistress as a child and she basically ushered me into the world of singing, and my grandfather was a choirmaster back in the village, so it’s music everywhere. My mom is in a classical group, Greenland Classics, they go out to sing at churches and all that. So it wasn’t surprising that somebody decided to take music full time, I actually have a cousin in New York who does music professionally, so it’s in the family. Her name is Chioma Eze.

Have you ever played in a band?

I actually have a band right now. I am in a band called One Band Like That (OBLT). It’s kind of like an avenue for me to be with my friends and make music which is different from something like Maka and the band. As a band, we are just OBLT making music and jamming together. They play with me on stage for most of my shows and we are also working on our own music but that’s a story for another day because we haven’t officially come out yet. Right now we are in our developmental stage.

What is an average day in Lagos like for you?

Well, I don’t really go out, if I am not performing or not going to the studio, I am usually at home making music or watching a movie. I try to rest as often as I can, the music really gets to be hectic. So, an average day for me is spent at home chilling with my family (laughs) and trying to rest from a series of late night shows in the past month.

Which part of being a singer do you enjoy most?

How is life as an independent artist?

Definitely, it can’t be compared to be signed because a lot of financial burden will be taken from you and that responsibility will be on the record label. For now, I basically handle everything financial regarding my career and it could be overwhelming but being an independent artist, as the word says, you are truly independent. You get to make the kind of music you want, you get to dress how you want, you have creative control over your music videos and your music itself. It just allow people to see the real you without a record label trying to create an artist that they want. You get to be yourself.

Is there anything, in particular, you intend to achieve with your music?

I have goals. Yes, I want to keep on with my travels, I want to be able to go everywhere and perform, go global. I want to leave my digital imprint as an African artist and that’s the ultimate goal, being know as one of the best out of Africa.

If there is somewhere in the world you would love to perform in, where would that be?

I will like to go to New Orleans because I love Jazz. I will love to tour around the world and perform with my band.

Which musician would you like to collaborate with next?

Read next: Chronicling the return of Duncan Mighty in 5 songs