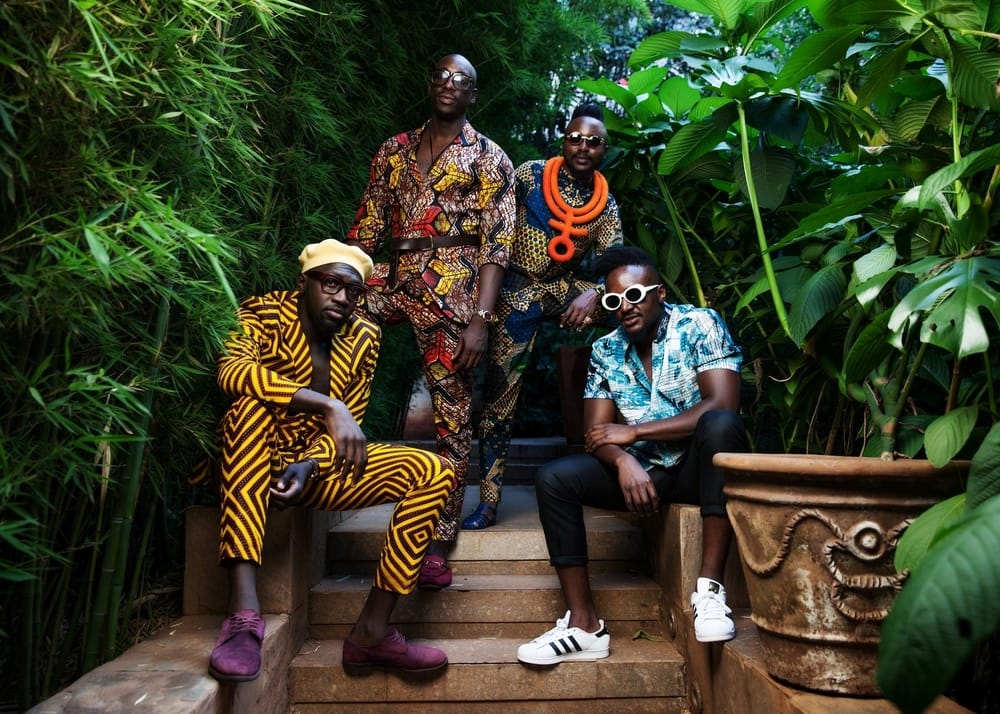 Sauti Sol were like tourists but with Afrikan Sauce, they became honorary Nigerians.

In Eastern Africa, the word “Uhuru” is more of a philosophical inquiry than a verb. Freedom, often pined over, really is unattainable. Because man is a social construct inspired  by his environment and the generational ideals in which time he exists. You can believe in the knowledge of self but there is no total freedom from a world in which you inhabit.

The modern music of East Africa has its headquarters situated in Kenya. With their robust talent in almost every genre, they’ve risen to be Pan African in nature, selling massively, their distinctive music which brims with so much noir and brilliance. Toye Sokunbi of Native Mag considers a major player in Kenyan music Sauti Sol’s Afrikan Sauce LP as a collective of “lushly produced tracks fusing African music’s tendency towards electronic music with acoustics”.

The aforementioned group, a band of four, was formed in 2005 by the vocalists Bien – Aimé Baraza, Willis Chimano and Savara Mudigi. A guitarist, Polycarp Otieno, later joined what was previously a three man a cappella band. From the onset, it is clear that these men are artistes of a certain vision, whose egos or personal interests couldn’t get in the way of the best possible interpretation of that vision. From the beginning, Sauti Sol had been a collaborative effort.

In 2018, they toured Africa extensively, meeting artistes and recording songs. Everywhere they went, they seemed to be on the lookout for an artiste and a studio. Their debut album Mwanzo had been released in 2008 and a decade later, there still were seekers of other cultures.

Earlier this year, on the last day of January, they put out the Afrikan Sauce LP, made up of mostly songs they’ve released earlier as singles.

In Nigeria, the release of this album – although it failed to make enough of a buzz – would mark the long overdue arrival of an African brother. Sauti Sol was like a tourist but with Afrikan Sauce, they became honorary Nigerians. 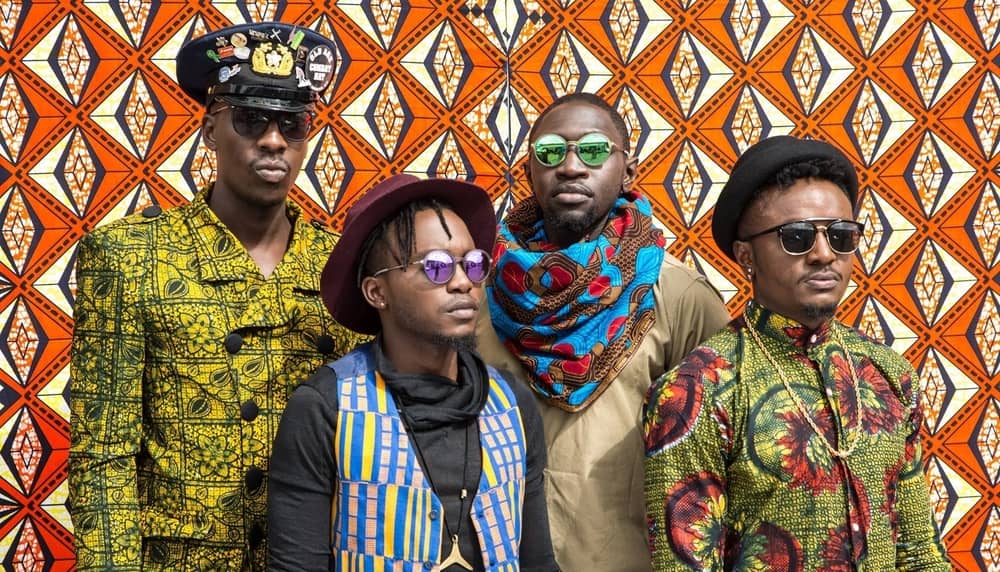 The past five years have seen African stars in other nations gravitate towards the Nigerian audience with a set of releases or features aimed at meeting the average Nigerian music lover’s taste. As far back as seven years ago, the Ghanaian rapper Sarkodie had already begun to make a musical connection with Nigerian artistes of which most notably was Davido who provided the hook and chorus for Sarkodie’s hit song “Gunshot”. Over the years, what started as a trademark ferociously fast flow has slowed to the Nigerian beat, with Sarkodie now even employing Nigerian quips – “I no go look Uche face” – in his verses. It makes a very good case even to say Sarkodie’s musicality soared on the wing of his collaborations with other African artistes, particularly Nigerians.

Tanzania’s Diamond Platnumz was already a household name in his country, but it wasn’t until that Davido feature on “Number One” that he became a genuine contender among premier African artistes of his generation. Right now, his compatriot Harmonize is being eased into the Nigerian “Big Brother” industry, with Afro Pop superstars like Seyi Shay and Skales already making music with him. The bubble of intracontinental collaboration never stops and soon, many corporations will be flocking to the fore in a scramble, hoping to connect African countries and its audiences through music.

The Coke Studio has made a significant contribution to this ideology of collaboration. It is on the back of her collaborations with other African artistes that the language Swahili enchanted Yemi Alade. More enchanting was the people of the language, their culture. Today, Yemi has successfully made her way into many East African music markets like no other Nigerian artiste has been able to. Her image is based partly on a ‘Mama Africa’ personality which fuels her philanthropic activities, her musical choices, her fashion and many more. Understandably, she made a song with Sauti Sol who then, were trying to break into the Nigerian market. Their 2016 effort, Africa, was good stuff but it wasn’t the big break they needed.

Then Oya Come Make We Go happened. Getting a cosign from 2Baba, one of the continent’s most respected musicians was major. Ever since, they’ve become frequent visitors welcomed with open arms into Nigerian studios and artiste’s circles. In some way, they relay thanks by kicking off the LP with three songs which all feature Nigerians. Even, in one, a Nigerian, Maleek Berry, gets production credits.

“When a good girl gone bad, what you gonna do? / run go meet her dad” are the first lines on Afrikan Sauce, with Patoranking’s vocals thrilling the continent when Melanin was released as a single. More thrilling, was the synergy displayed just after the quoted lines above were sung by the Nigerian reggae superstar. An a capella of la la la, a seeming hand on the shoulder. It was a we got you.

What has made Sauti Sol’s features stand a very good chance of shining on a song is their engagement level. The music is made with utmost regard to its brilliance, not for a massage of the ego of some country’s superstar act or theirs. Till date, the duo of Tiwa Savage and Burna Boy has had probably their best feature on a Sauti Sol song. The latter act displays his 2012 – 2014 form, taking like a duck to water on the guitar dominated beat of Afrikan Star. Unlike his recent tendencies to gravitate towards music with a sugary Pop quality, Burna Boy was granted ‘Uhuru’ on the Sauti Sol song in which he features, the last of Nigeria’s input on the LP.

Those three songs which open the project does set the scene for the rest of the songs; the collaborative template is adopted in a majority of the rest.

It was satisfying to see Sauti Sol pay tribute to Nigeria and we do hope they come back for more. The flight never stops. Uhuru.

Read next: An ode to lifelines, Ladipoe’s fascinating rap style 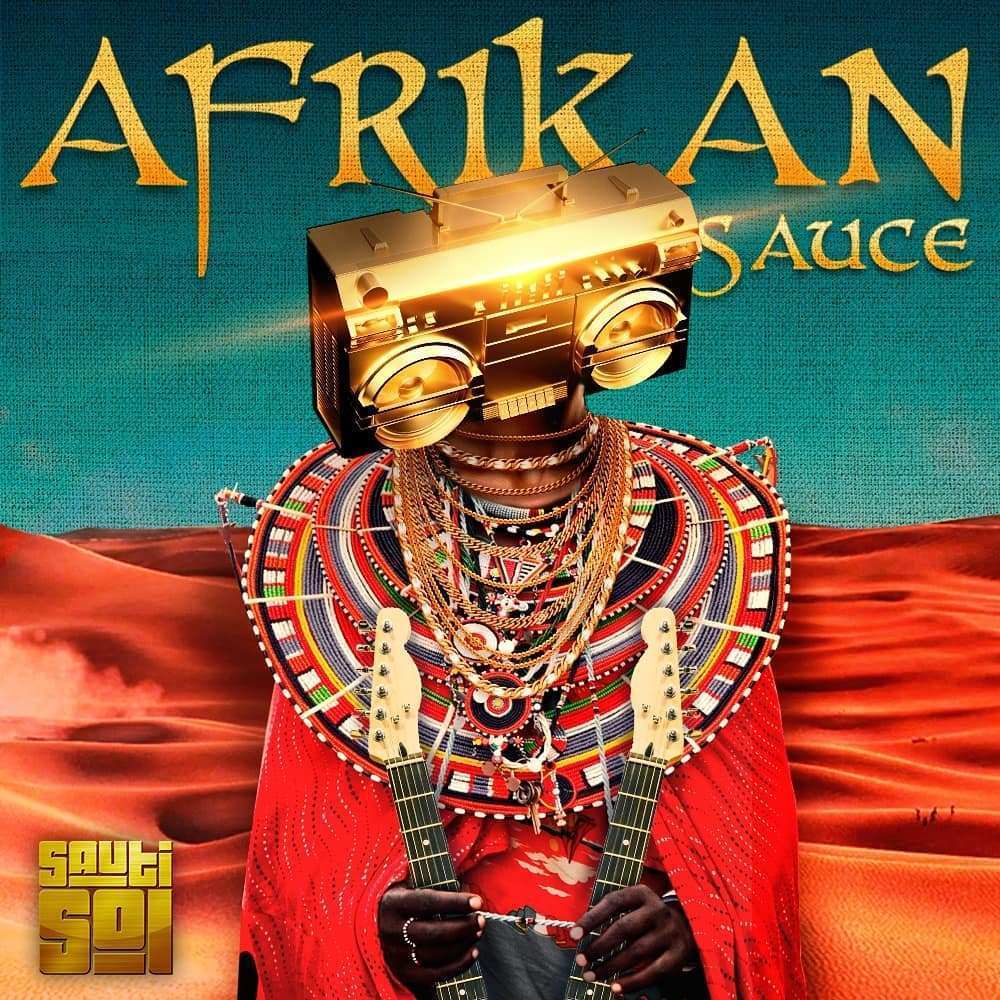