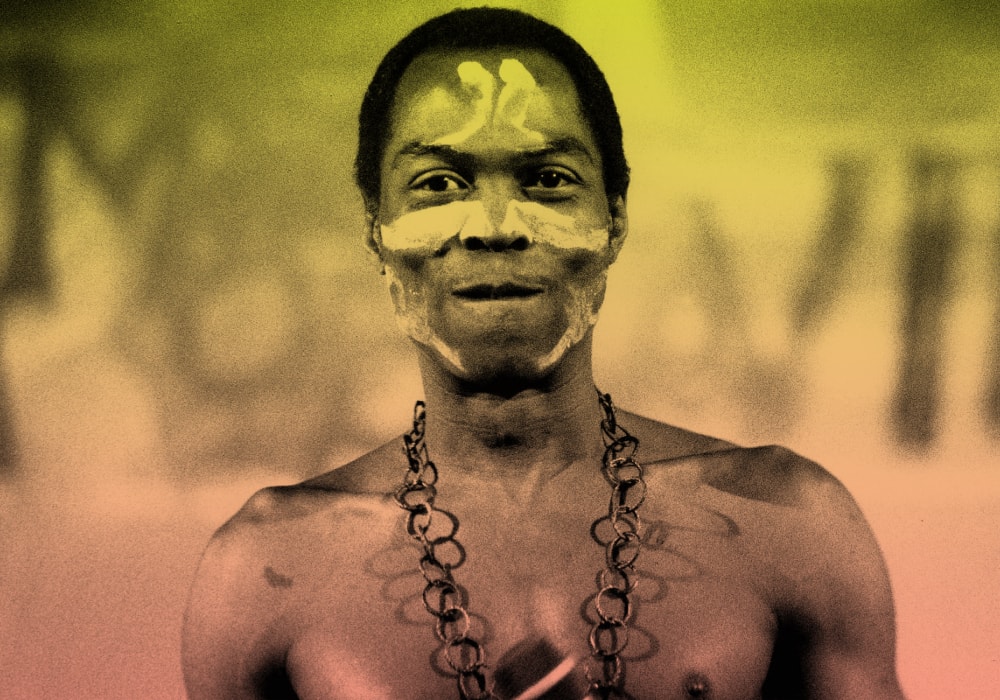 After that event, there was public outrage. People were asking: wetin dis Fela do? What they knew and what was true: Fela spoke against the government.

The tales of Fela and his problematic relationship with the military government of the day is quite storied. In one of the most influential books he (Fela) ever read (The Autobiography of Malcolm as told to Alex Haley), Malcolm wrote about how he’d learnt early in his life that if you want something, you have to speak up for it.

Fela Anikulapo Kuti was a speaker. In spite of the numerous attempts made to stifle his voice, he was buoyed by a clear identification of his mission. His music was protestant and stubborn, his voice rough and edgy yet sure, even in this tainted quality. Fela mounted the stage with the camaraderie of a public speaker, a preacher whose religion was ‘truth’. And from up there in the stage with his band and down to his audience, a vibration was shared. Fela sang like a burning man and in fact, he was, burned by the fires of oppression. And if he ever would see a Nigeria free from the mass looting, corrupt governments, dictatorship, militancy, mismanagement of public funds, he had to speak up and it was while in America did the fire first burn when he met an African – American woman named Sandra Isidore.

A member of the Black Panther Party, Sandra, in an interview with Carlos Moore, Fela’s friend and biographer, says there was something about Fela, whom after their early dates, began to introduce him to Black protest art: music, poetry, and the Black Movement. Throughout his life, even as Fela had affairs with other women, Sandra Isidore was the love of his life, the saving grace of his music. Woman, Lover, Friend; the chapter dedicated to her on Fela: This Bitch of A Life was sweetly titled.

Though Fela had some rather embarrassing views about the role of a woman, it is worthy to note that women played a major part in the development of his music and humanity. Sandra Isidore, his female band members (many of which he married) whom he fondly referred to as ‘my queens’ and most influential of the three groups, his mother, Funmilayo Ransome Kuti.

A fierce agitator for women and human rights, apparently, her vigorous personality would later be born in her son. Throughout his life, the tireless nature of Fela’s activism and music could be said to be an emulation of his mother’s, whose name history remembers fondly, whose efforts to get women into the adult suffrage paid off. So, even with the early days of lashes and slaps, Fela knew there was something special about the woman he called mother and growing up to see the harsh reality of the world, respected and loved her even more. 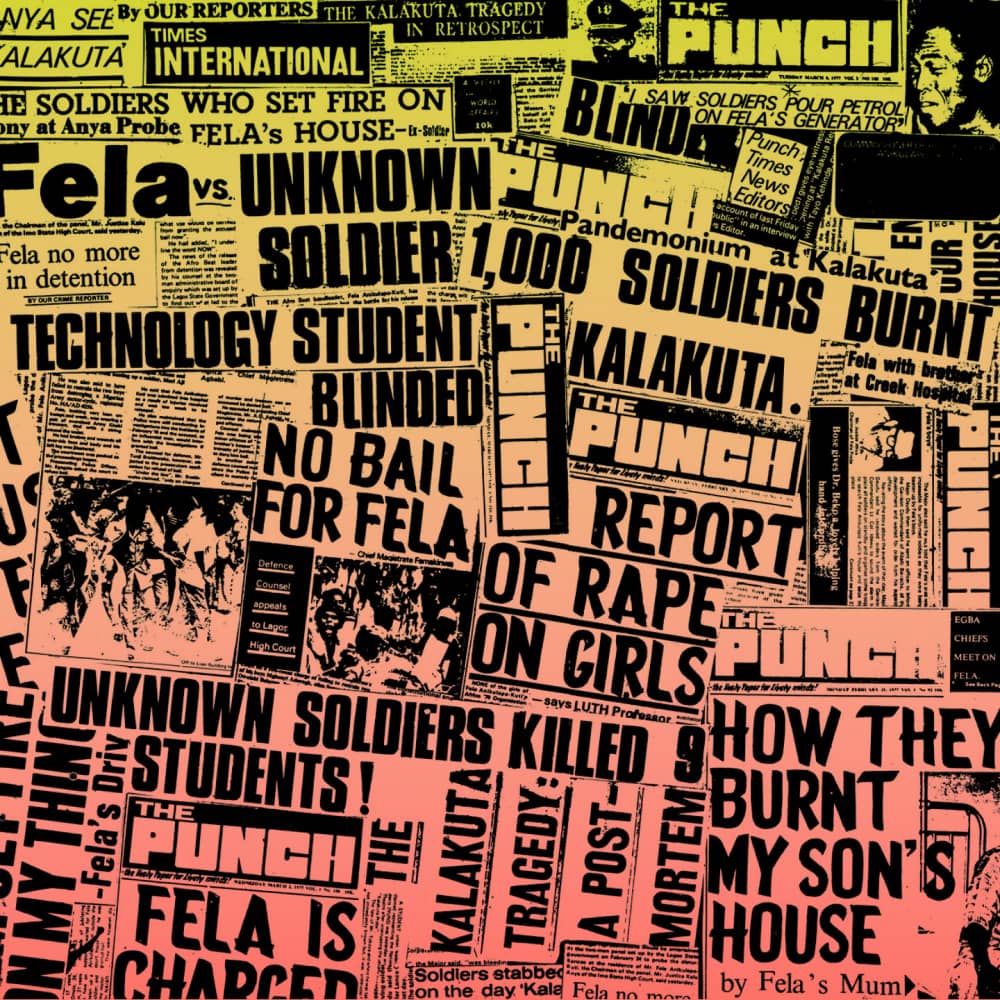 You could imagine what he must have felt when she was thrown down from a window on the first floor of the Kalakuta Republic. Apparently, the palaver had remotely started when a highly ranked military officer invited Fela to be part of the 1977 Festival of Arts and Culture (FESTAC). Initially coming in, he, Fela presented a nine-point program which aimed at inclusiveness. It was rejected. As an afterthought, the military government went to publicly rubbish the Fela name, saying he sought government money to buy instruments. Meanwhile, Fela was speaking his truth at the Afrikan Shrine as many black artists flew in from around the world to attend FESTAC. This brewed bad blood and it could be said to be a premeditated tragedy when some soldiers were beaten by some young people close to the Kalakuta Republic. It was the twelfth of February 1977.

A week later, soldiers returned. “One thousand soldiers” as sung by Fela in the song ‘Unknown Soldier.’ As employed in many of his songs, storytelling is the dominant device. The production – live and electric, throbbing with pain – serves as credible back story for the words being sung. When Fela shouts: look o! Look o! there’s a trumpet which adds an urgency. The song is like a carefully written novel. There is no haste to arrive at the gore details of plunder and blood.

In the early parts of the song, the trademark thunder of Fela’s voice is dominant as the setting of doom is painted, the words ‘left, right, left right’ symbolizing the act of marching. There are observers, too, people are awed by the sheer amount of soldiers. This is the part where you know you’ve entered into Fela terrain. Gripped by the music, and gripped by the story he tells. His voice is sure even in tragedy and as a musician and activist, this sets him out.

The characters come in: them, the soldiers, who surround the place kwam kwam kwam. The Kutis: Fela, his brother Beko, and their mother Funmilayo. There were also visitors who must have been panicky, seeing the soldiers stand, waiting, waiting for the word, to destroy. And when it came, destroy they did. They stole, raped and destroyed.

“Them kill my mama” the words are repeated, with Fela’s voice stung by pain, the pitch strained. He then lists his mother’s achievements. A woman who, in a sane society, would be preserved as an invaluable national resource. She was seventy – eight and was thrown down a window.

After that event, there was public outrage. People were asking: wetin dis Fela do? What they knew and what was true: Fela spoke against the government. He recognized their folly and called it out with every chance he got, on every stage he mounted. Kalakuta Republic was the physical manifestation of the revolution. Alongside The Afrikan Shrine, it stood as a model to free thinkers and brave hearts. And the military government laid waste to it. With their guns and fire and penises, they desecrated its strongly upheld values of free will and freedom of thought and speech.

Cue in here, then. For the magic. What Fela calls ‘Government Magic.’ In court, as they surprisingly charged Fela and others, the Afrobeat musician pressed his. An inquiry board was set. At the end, Voila! UNKNOWN SOLDIER. The magic continues to this day. Indefensible excuses come up everyday and there’s no face put to any of these crimes against the development of Nigeria and its peoples.

Hear Fela scream: which kind injustice is this? Obviously moved to tears – losing his well known mother, his darling and brave mother, to these ‘unknown soldiers.’

In a song which started in thunderous vocals to the laughable scene of a thousand soldiers going to disrupt the peaceful activities going inside one house, it ends in pain and almost tears. It is the tears of the griot who wonders if the story of Nigeria will ever change, if they’ll ever be justice for the oppressed.

A brief survey of African harps: the kora, krar, adungu and more
Feature