'A Change Is Gonna Come', a hymn for Civil Rights 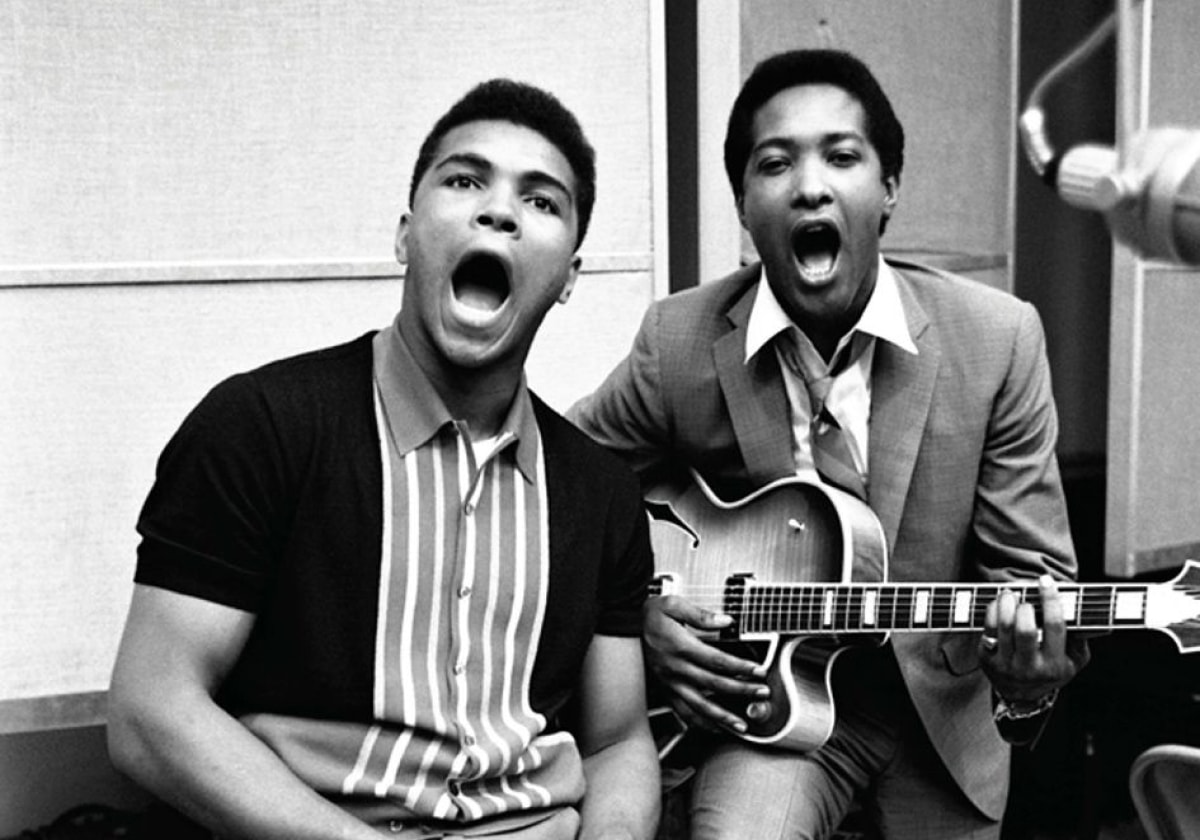 Once a week during Black History Month, PAM will be bringing you emblematic pieces of music from Black American artists that reflect the country’s history.

When times are tough, and hope struggles to find its way through the fog of history, listening to “A Change Is Gonna Come” helps us to imagine that another future is possible, no matter who’s singing – from Seal to The Fugees via Lhasa, Angélique Kidjo and many more…

Just after releasing this song and recording with his friend Muhammed Ali, Cooke was murdered under somewhat mysterious circumstances. The story behind this masterpiece – and the song itself – is enough to give you goosebumps.

Almost 60 years on, it is hard to imagine what it meant to be a chart-topping African American artist. This was way before Jay Z and Beyoncé. In the midst of segregation, in a country where the Jim Crow laws prohibited black and white spectators from attending concerts side by side, no black artist had ever been as successful as Elvis Presley. That is, except Sam Cooke. Shortly before writing “A Change Is Gonna Come”, this Mississippi pastor’s son was hot on the King’s heels at number 2 in the charts. Cooke’s journey is unique, both from an artistic point of view and in relation to the record industry. For many, his assassination in 1964 was considered akin to a triple homicide: the murder of a man, of an artist, and of a symbol of standing against racial segregation.

At the outset of the sixties Cooke – whom the African-American community had dubbed ‘Mister Soul’ – had already sold fifteen million albums, and was the most well-known singer of the genre that was shaking America and included Wilson Pickett, Smokey Robinson, and Marvin Gaye. So soul, so American…

Like them, Cooke had started off singing in churches where his father, Charles S. Cook (our Cooke added the ‘e’ later in life) was a minister. Like many Americans born during racial segregation, he found life in the South impossible, and eventually made his way north to Chicago, the city where many go to make a name for themselves and where Barak Obama launched his career.

Sam Cooke was born in 1931 in Mississippi. At first he flirted with the gospel music of his father, before finding his way to pagan pop. For his parents, many in America at the time, and his colleagues from the gospel group Soul Stirrers, this was the ‘Devil’s music’. Between 1950 and 1957, Cooke gained success with this group with hits such as “Touch the Hem of His Garments” and “That’s Heaven to Me”, before starting out on a solo career. In 1960-61, he signed with Elvis Presley’s label RCA. Most importantly, he was the first black artist to found his own publishing company, which gave him the copyright on his own music.

His first big hit, “You Send Me” sold more than 2.5 million copies in 1957 which was enough to open the door to the small screen. So, like many stars, he moved to the city of angels: Los Angeles. But the fact remained that as a black artist in a segregated country, racism is never far away. We might say that there were two Americas.

A few months after the release of “You Send Me”, Cooke was invited onto the Ed Sullivan Show, but his performance was cut off because the live show had overrun. The show received so many complaints that Cooke was immediately re-booked. A little later he was the first black person to be invited onto the Dick Clark Show, which was nearly stopped due to threats from the Klu Klux Klan demanding that the show be cancelled. The show took place anyway!

When Cooke was set to perform in Memphis in the Ellis Auditorium, in front of a crowd where black people and white people were segregated, he refused to play until the spectators could mix. Two hours before the start of the show, he canceled. Like Ray Charles and others, he was split between his mainstream stardom and his ‘inferior condition’ as a black man. Like them, he juggled as best he could with the ups and downs of an undeserving era, gradually conquering the white audience who were charmed by this young man with a velvet voice.

In the middle of the 1960s Cooke became friends with Malcolm X, the African-American footballer Jim Brown, and Cassius Clay – the future Muhammed Ali. This group of Black American celebrities, from whom would grow the Black Power movement, met at the famous fight between Clay and Sonny Liston. When Cassius Clay became world heavyweight champion, his first words in the ring were for Sam Cooke, whom he invited to join him in front of the cameras. 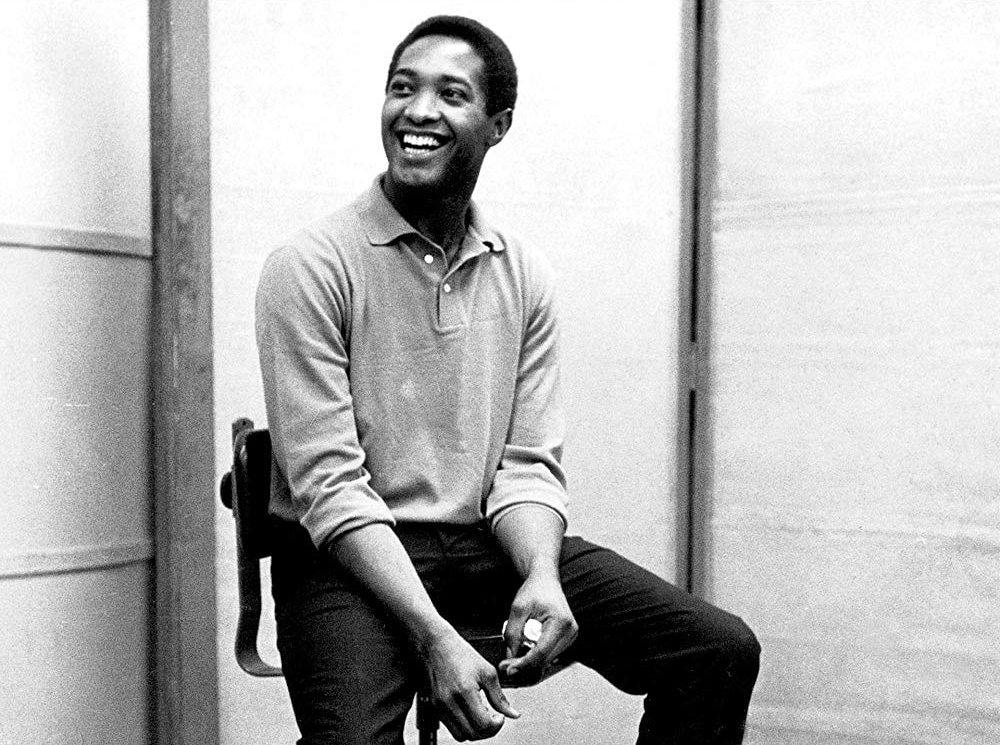 Malcolm X, Cassius Clay, Jim Brown and Cooke would celebrate this victory together. This made some people dream of a better tomorrow, but it made others worry.

‘Being a successful musician wasn’t enough for Cooke. I was also sick of scoring and winning matches’ says footballer Jim Brown in the Netflix documentary The Two Killings of Sam Cooke. ‘When you become a crossover celebrity in this country you wonder whether you should be careful or if you should speak the truth and get involved?’

Cooke never disowned his Black audiences, nor denied that there were problems, but one event in particular made him cross the Rubicon, and pushed the voice of an angel to call for change.

In 1963 Cooke arrived at a Louisiana hotel where he had made a reservation by telephone. Upon seeing him, however, the receptionist denied him access. A scandal. Cooke’s wife advised him to let it go and leave. ‘No, we’re not going to leave and no one can kill me, I’m Sam Cooke!’ replied the singer.

That night “A Change Is Gonna Come” came to him in a dream, the only song to have come to him in this way. Cooke was so afraid that it took him a year to finish the song. He entrusted the almost symphonic string arrangements to Renée Hall. Those rich violins of the intro are in sharp contrast with the raw reality at the beginning of the song which tells the story of an entire country. ‘I was born near a river in a little tent…I’m afraid to die’ sings Cooke. He was being both threatened by the KKK and harassed by the music mafia because of his attempts to set up an agency that would bring artists together to protect their rights and place them at the heart of the lucrative music business.

When Friendly Womak first heard the song, he said of it, ‘it feels like death’. It scared everyone. Drummer John Boudreaux refused to record it and even Sam Cooke himself didn’t want to play it on stage, save once on a TV show, the recording of which has since disappeared. ‘Yes it talks about death, it’s a part of me and the birth of a new Sam Cooke’ the singer confided in Womack, according to the Netflix documentary. ‘Change is coming and I want to be part of that change.’

But the record label, RCA, were timid, waiting a while before releasing this work of art as a single. A few lines were also cut from the official release, ones that speak explicitly about segregation in the South under Jim Crow laws.

‘I go to the movies and I go downtown.
Somebody keep telling me
don’t hang around.’

Cooke may be gone, but the song’s hope never will

On the night of 10th December 1964, Sam Cooke was shot three times at the Hacienda Motel in Los Angeles. He was just 33 years old. The owner pled self-defense – Cooke was said to have attempted to force his way into her office after taking a young girl (who turned out to be a sex worker) to his room. She disappeared with $5000 in cash. Cooke’s entourage called for a real investigation…but it never took place. 200,000 people attended his funeral, and “A Change Is Gonna Come” became a hymn for the changes demanded by the civil rights movement.

“A Change Is Gonna Come” came out as a single after Cooke’s death. The day he was elected, Obama paid homage saying, ‘a change is coming to America!’. Eight years later, after Donald Trump’s victory, with over a million women in Washington DC for the Women’s March, Angélique Kidjo from Benin got on stage to sing ‘A Change Is Gonna Come’ a message that has lost nothing of its power over the years.