Both uncompromising and genre-defying, the highly influential Le Guess Who? festival celebrated its 13th edition between November 7th – 10th in Utrecht, Netherlands, under miraculous sunshine. We report from inside of the exemplary festival.

Each year in November, in the charming city of Utrecht, dozens of question marks begin to pop up along the canals. This “?” is the emblem of “Le Guess Who?”, whose main intention is to bemuse both the audience and the artists with a free-spirited, international and unconventional lineup – cleverly avoiding the most common mistake festivals usually commit: a feeling of déjà-vu. “More and more, each year, people come to Le Guess Who? and say ‘I don’t know 90% of the bands but that’s why I am going’. People like to be challenged a little bit, they like to experience something that takes them slightly out of their comfort zones,” confesses Barry Spooren, Head of Promotion of the festival that was founded by Bob van Heur (artistic director) and Johan Gijsen (general director). Two hundred artists, and 61 different nationalities to (re)discover over four days, even for those with refined ears – whose expectations are sometimes hard to please – who will also find satisfaction here. Among the 20,598 festival-goers, some come to see their record collection perform live, others to challenge their musical understanding. “Embrace the unknown” is the official mantra of the festival. 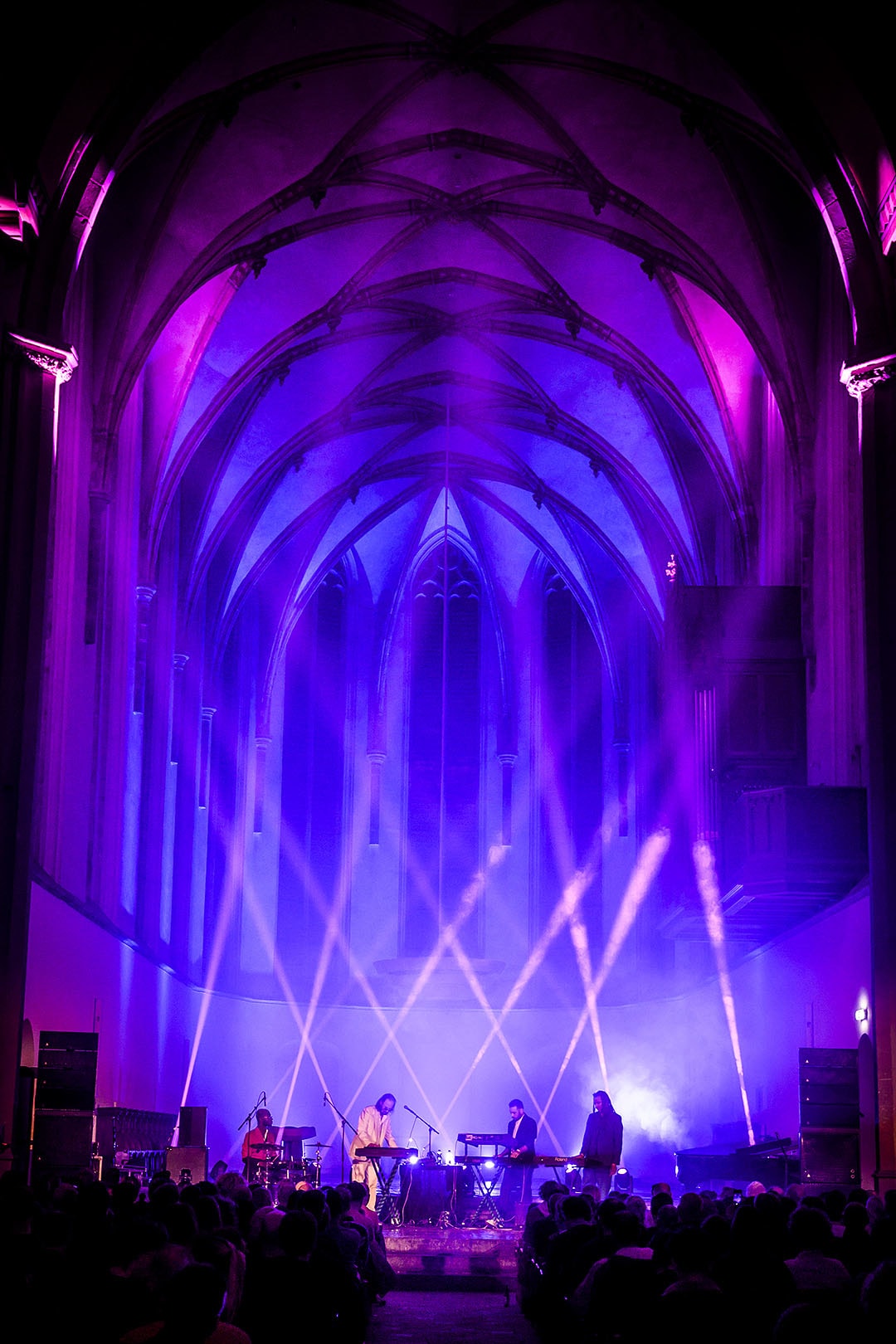 In what has now become a tradition, Le Guess Who? gave artist-curators a carte blanche to share their musical universe without limitations. Among them, Patrick Higgins, Fatoumata Diawara and Moon Duo: a key feature of the festival that has broadened its horizon with each new edition. But the greatest strength of Le Guess Who? undoubtedly lies in its ability to break all music genre boundaries. In light of this, Chris Eckman – co-founder of Glitterbeat Records –, enthuses: “Ustad Saami sitting next to Earth, why not? This is the way forward; we need to abandon genres. I start to see that Le Guess Who? is influencing other festivals.”

A highly influential player when it comes to this terrain, Le Guess Who? offers a refreshing experience by inviting artists for whom genre has never constituted a criteria in their production, such as Arp Frique and their improvised suites for analogue instruments; Holly Herndon’s traditional polyphonies remixed by an artificial intelligence device; and Angel Bat Dawid, the great syncretic oracle who gave some of this year’s best performances – in the street, perched with Makaya McCraven on a wobbly carriage; in a center for modern art; and on the Cloud 9 stage a few hours after Björk’s performance. 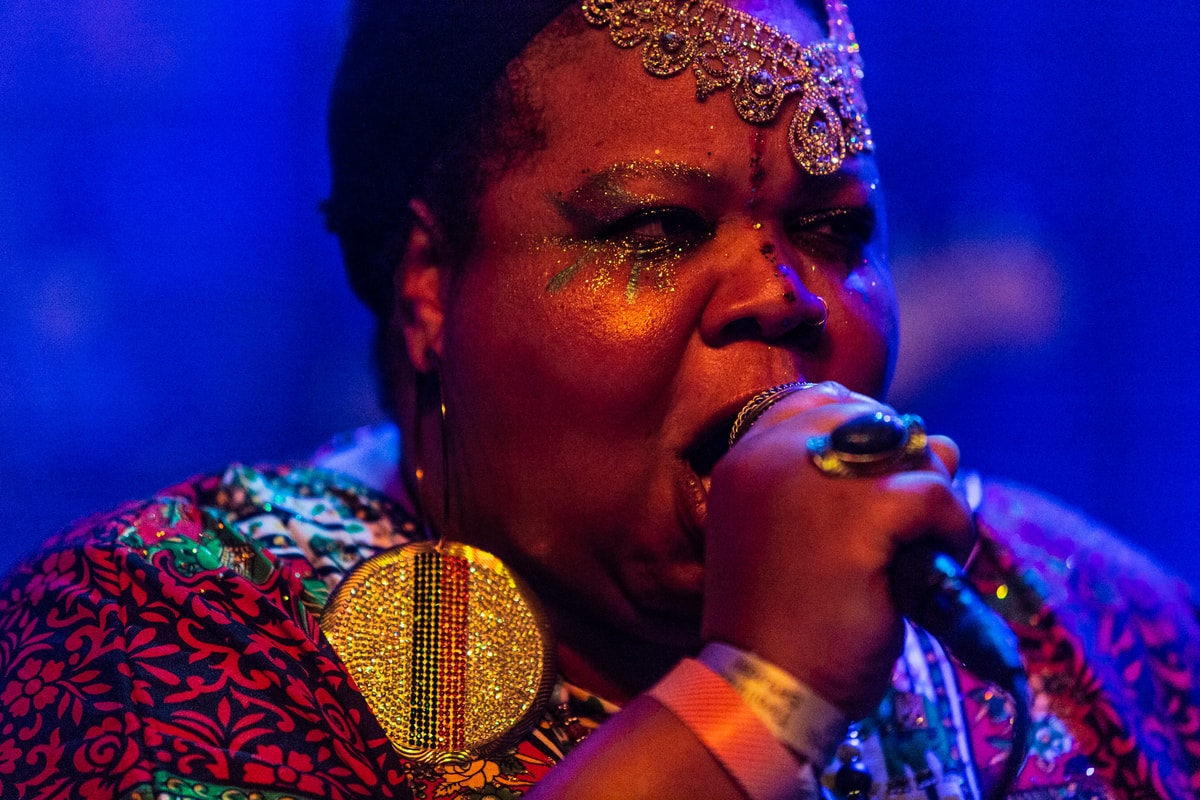 Synergy in the city

In harmony with the city, Le Guess Who? has continuously reinvented itself by expanding artistic ventures in no less than forty different spaces.“The setting of Utrecht and the city itself, the atmosphere in the city is a really important fact for our visitors. We think it’s important to give back to the local community,” continues Barry Spooren. It’s true Utrecht is a charming city, battered by November’s icy winds, filled with young people for whom cycling has become second nature. In the “Mini-Who” and the “Untitled” days, Le Guess Who? took over churches, cinemas, music clubs, art galleries, record stores, restaurants, art centers, clothing shops… and even volunteers’ living rooms in order to gather participants together for a good slice of Gouda [the Netherlands’ national cheese; author’s note]. 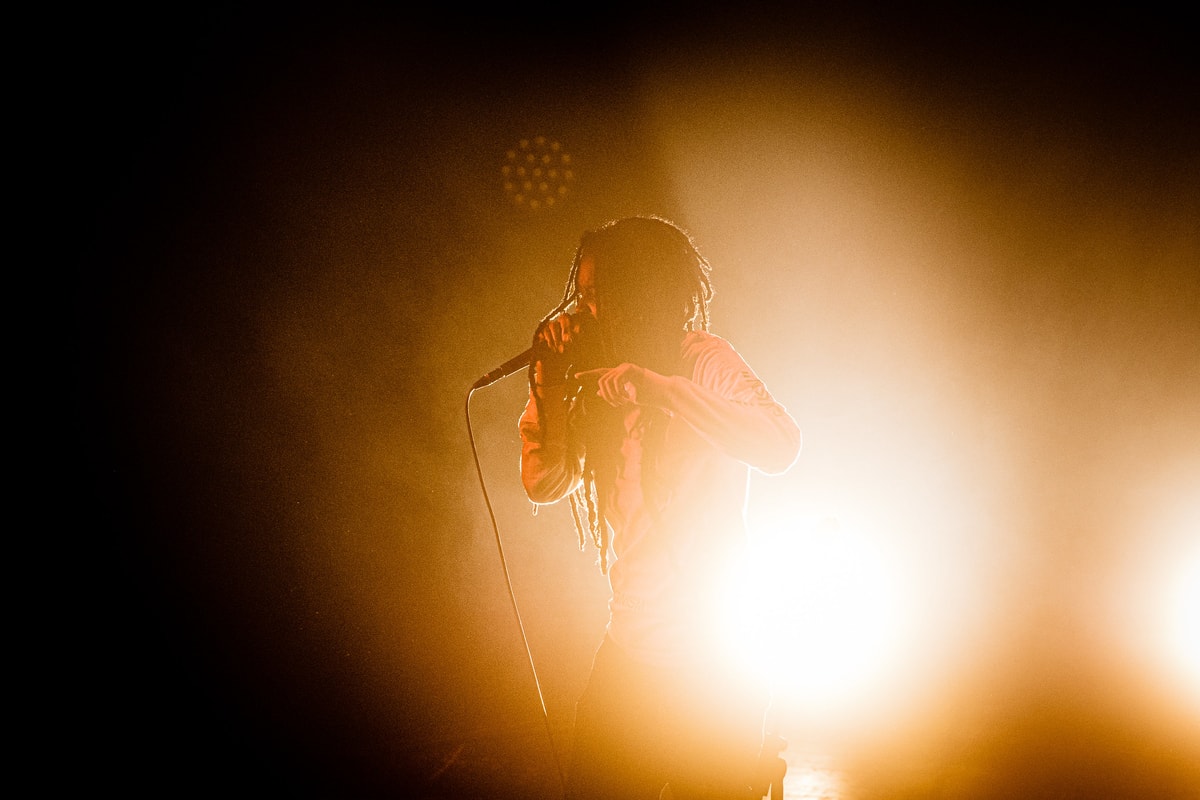 During a late afternoon detour we made to Kaapital – a trendy and relaxed “third place” where visitors hang around in between a conference-debate and a silkscreen workshop – we came across the American activist and poet Moor Mother in the midst of an improvisational performance with trumpet player Jaimie Branch; whilst in BAK, other festival-goers were participating in a meditation session in the center of a contemporary art exhibit. But the heart of Le Guess Who? is located in Tivoli-Vredenburg, an imposing, architecturally unique complex with six high-end concert venues, including the octagonal Grote Zaal space – usually dedicated to classical music concerts – which this year hosted the radiant riddims of the Japanese “mini” big band Minyo Crusaders and Dur Dur Band’s Somali funk, the latter offering a very underwhelming concert.

One of the challenges that the Le Guess Who? team laid down to themselves, was to ensure that the audience is as mixed as the lineup, in other words, that members of the local diasporas attend the festival. This is one of the reasons why Le Guess Who? invited Ustad Saami, Dur Dur Band, the Indian icon Asha Puthli, Grupo Pilon’s electro-funaná and in particular Ayalew Mesfin, a legend of  Ethiopian funk and a great activist who had not performed for over 40 years. As early as the beginning of the ’70s, he and his band were selling out venues all over the country. When the Derg came to power in 1974, Ayalew Mesfin began his resistance against the dictatorship, through music of course, which led him to being imprisoned and placed under house arrest for thirteen years. “Everybody knows him, even the new generation!” exclaims a London-based Ethiopian fan, who came specially for the occasion, before adding, solemnly: ”He’s a true hero for us.” That evening, Ayalew Mesfin, to the point of tears, was triumphant, allowing himself to walk amongst the audience, dancing to the happiness of newfound sensations. The fight was won. 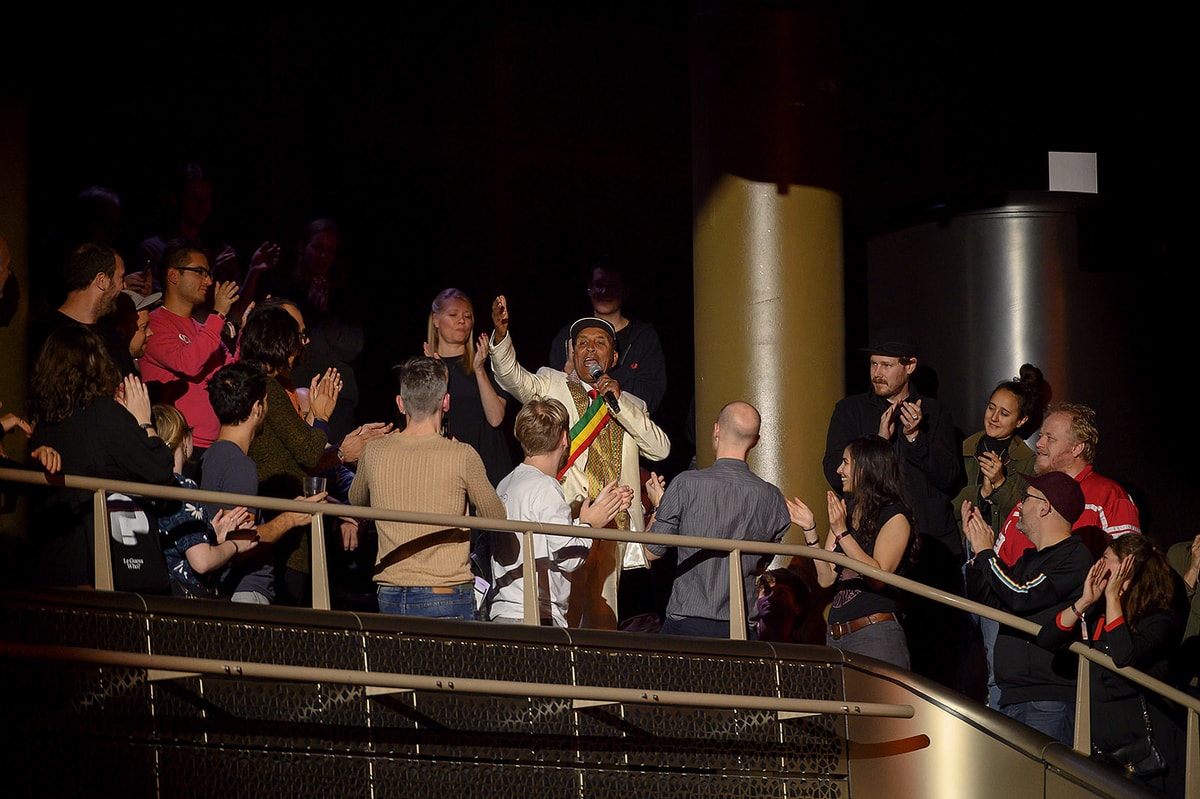 “We tend to invite artists who have made an impact on a certain genre, sound, or musical development throughout history. A lot of the artists that we present at Le Guess Who? might not yet be very well known but [they] have a really rich history [that] deserves to be heard.” If these types of forgotten stories are the specialty of a handful of labels such as Strut Records, Analog Africa or Ostinato Records, Le Guess Who? has closely been following their work: this year, for example, the festival invited Pakistani singer Ustad Saami and his sons to perform at Jacobikerk, a Protestant church in the city center of Utrecht. Where he’s been singing and teaching every day at his home in Karachi, the master only released his first record at 75 years old: the aptly-titled God Is Not a Terrorist (Glitterbeat Records, 2019), recorded with the help of North American producer-explorer Ian Brennan who tracked him down in Pakistan. Custodian to a very ancient musical heritage, Ustad Saami combines traditional Vedic songs and Sufi qawwalî through impressive improvised vocal arabesques, following a perfectly mastered 49-note microtonal system. 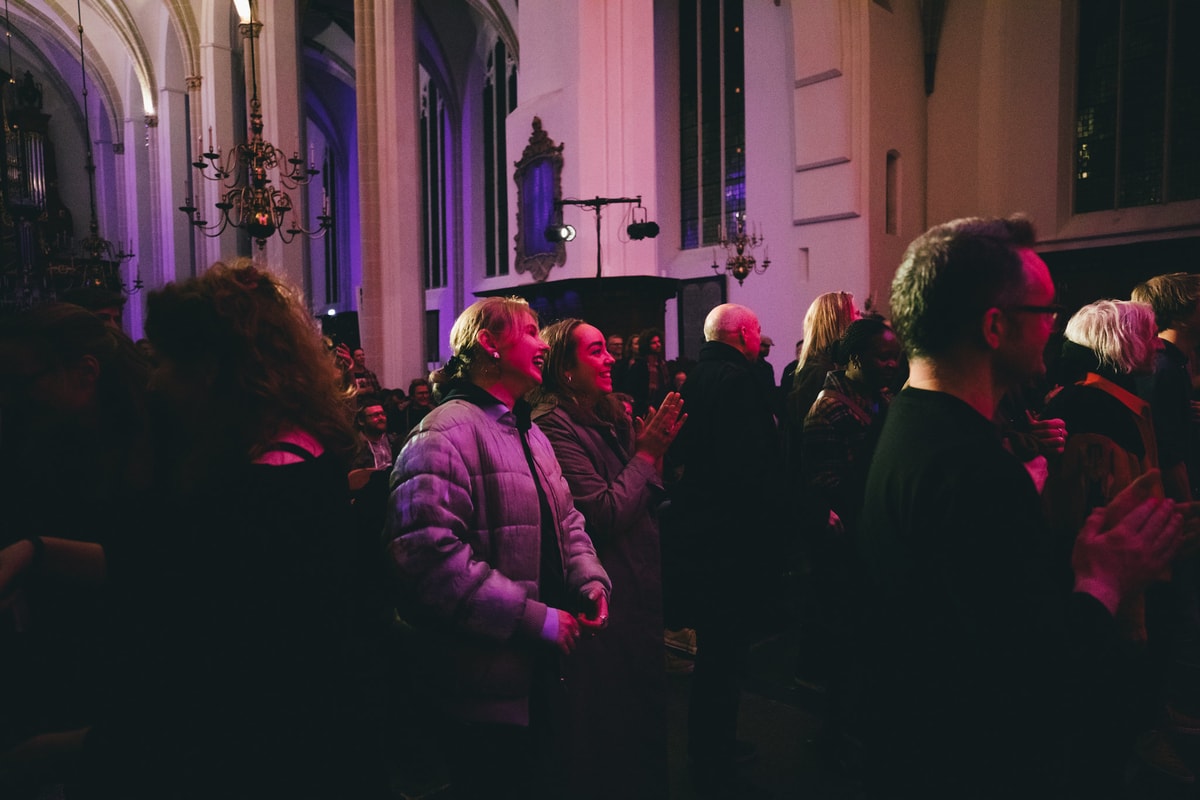 Le Guess Who? by By Melanie Marsman

“We say to each other, ‘representing the under-represented’ is an important focus for us. I really try to stay close to those ideals. Even though we’re a growing festival, it’s really important for us to stay connected to ‘Why are we here? Why is Le Guess Who? on this planet?’, so to say,” continues Barry Spooren. So Le Guess Who? without compromise invites up-and-coming, emerging, old, unknown, unusual, non-standard and queer individuals and artists, some reluctant to the use of social networks. Among them: Portuguese label Príncipe Discos’ producers Marfox, Nídia (formerly known as Nídia Minaj) and Firmeza who set the tempo for the evening in Utrecht, through Basis club’s stroboscopic smoke. Although it was born in the ghettos of Lisbon, batida has become the sound signature of Príncipe Discos and has conquered, since then, city centers across the world: “In the ghettos of Lisbon, you have people from Sao Tomé, Guinea-Bissau, Mozambique, Angola, Cape Verde, Portuguese people… I am no Portuguese, I am no African. I am from Lisbon. This music gives me this identity, and I feel love for this sound. It is our flag. This is the sound of the ex-colonized; this is the sound of the ghettos of Lisbon,” proudly concludes Marfox. Once again and up until the final concert on Sunday evening, the room is full, the audience in full communion with the music.

So, now get ready to buy your tickets! Le Guess Who?’s next edition will take place in Utrecht from 12 to 15 November 2020. Le Guess Who? is a must. 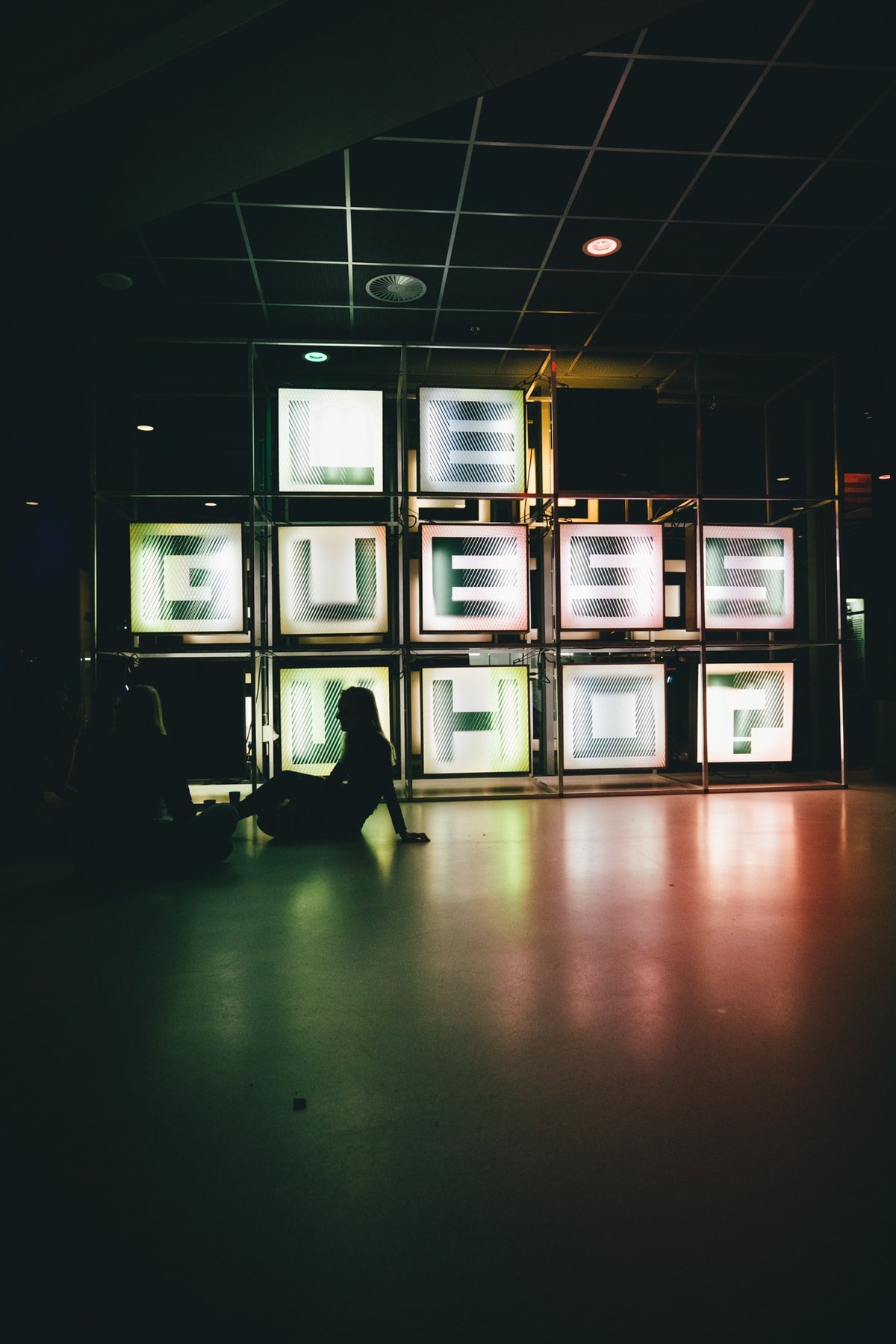 Le Guess Who by Melanie Marsman 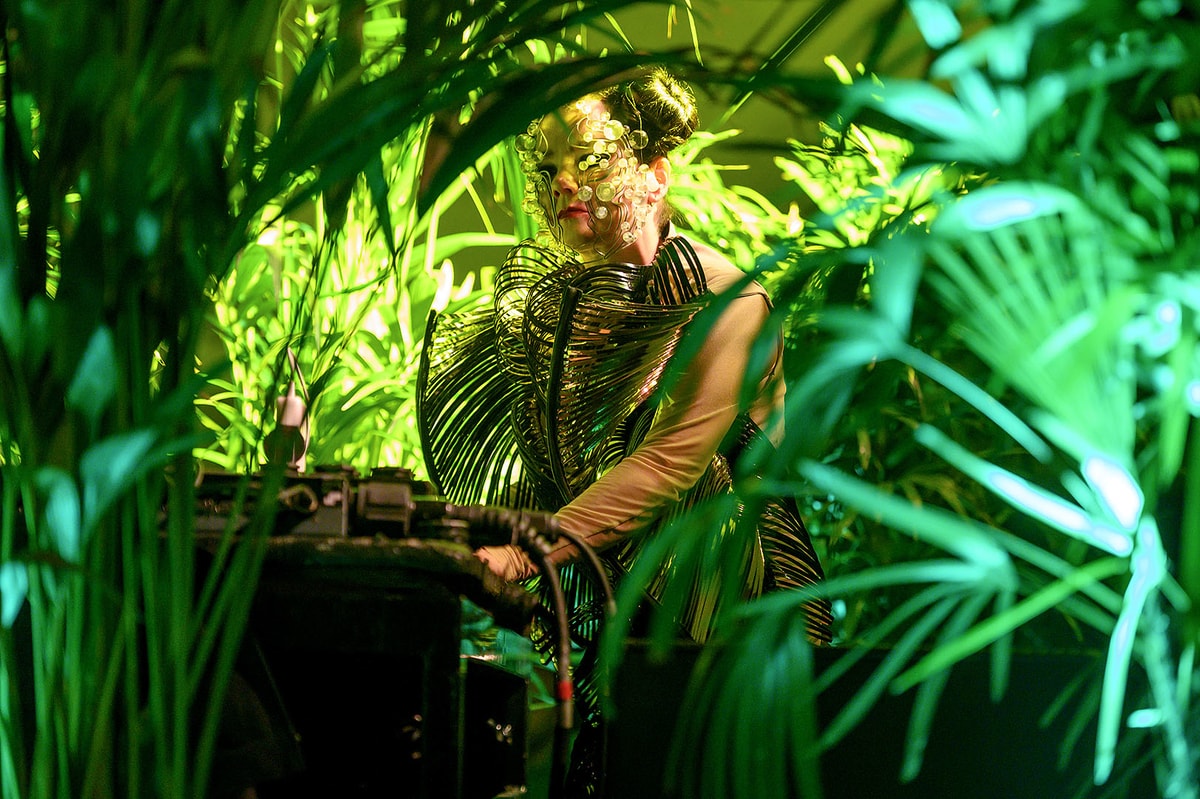 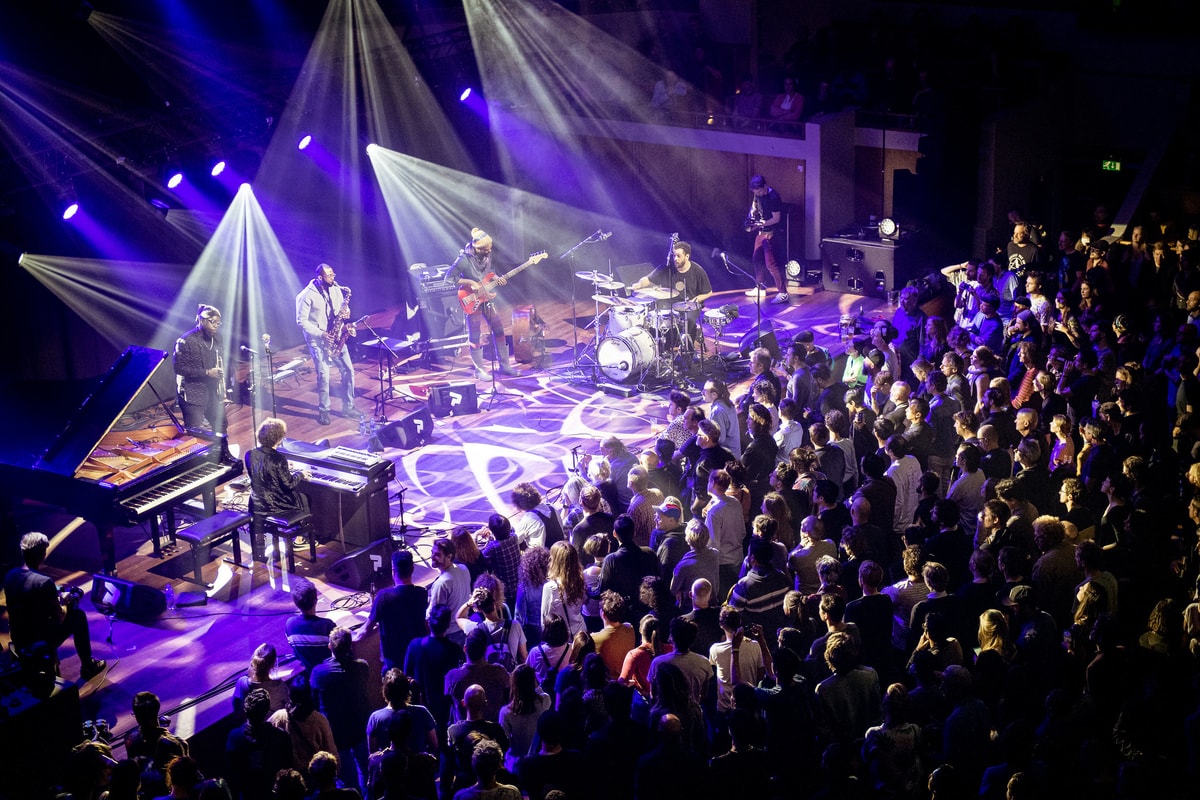