The 10 best Mzansi music videos of the month 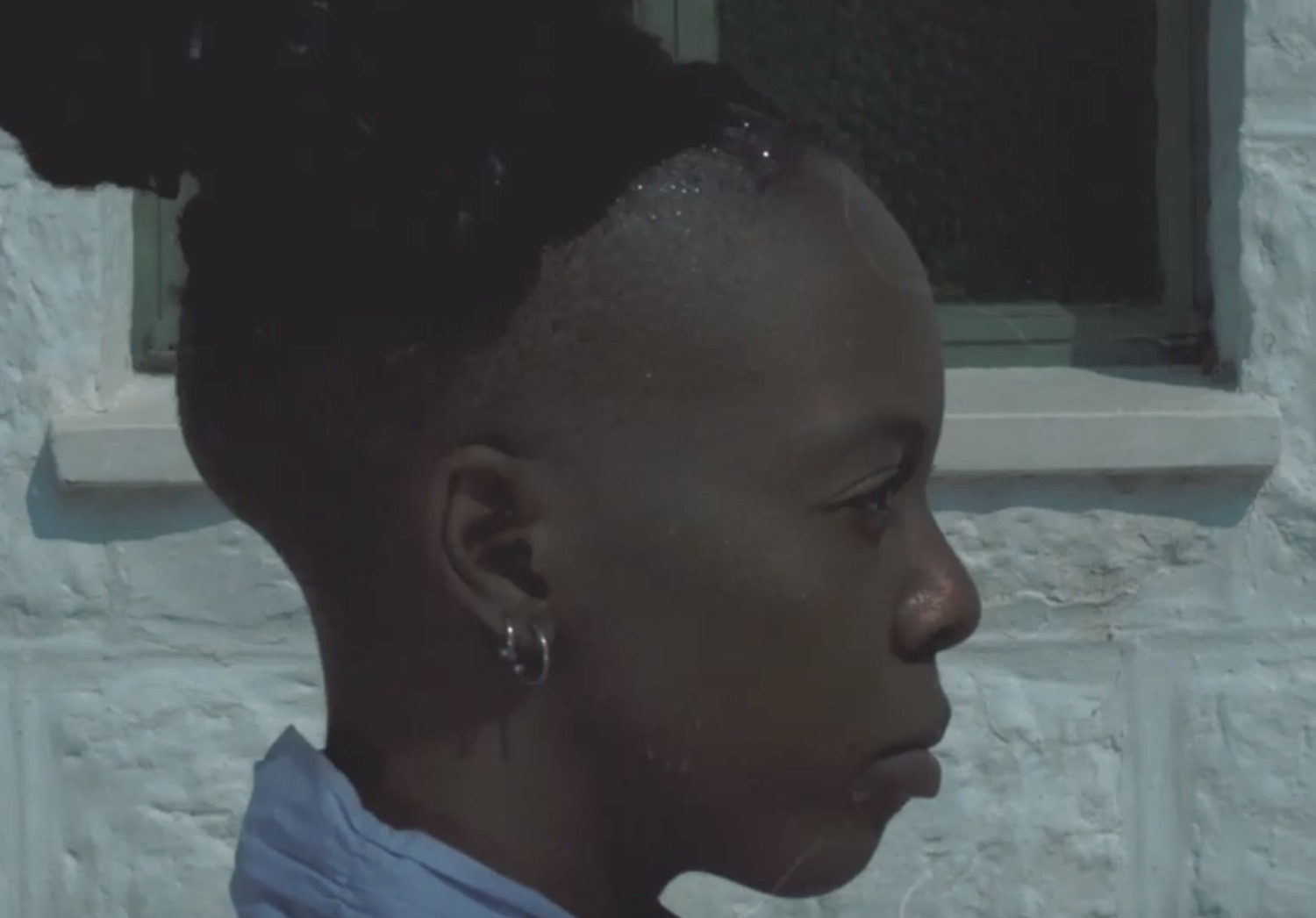 The videos below, released throughout March, best illustrate the up-then-down bumper ride we have had to endure because of the pandemic that has hit the country.

March was, for lack of better words, a weird month. Mzansi kicked off on a high note, still reeling off of the ‘Deezemba’ vibes that usually last into late-February. Lurking in the shadows was a global pandemic, the reality of which hit the entire country square in the face when president Cyril Ramaphosa announced a 21-day lockdown. We end off March in a morbid mood, and all one can do is keep up-to-date with daily numbers of new cases, and new deaths. South Africa has the highest confirmed cases of Covid-19 on the continent. It’s in trying times like these that we defer to the music.

Shane Eagle enlists the South African Hip Hop Award-winning director, Imraan Christian, for this Nasty C assisted cut taken off of his star-studded sophomore offering, Dark Moon Flower. The song is casual braggadocio-meets-over-the-top-aspirations. “I brought myself a new chain/ it cost forty a piece,” he spits, while the menacing beat behind him, coupled with the off-the-cuff ad-libs, eggs him on. For his role, Nasty C marks his territory, and makes it clear that he’s at a  higher level now (“These rappers ain’t really friends, I don’t be taking their calls/ I make ‘em  talk to the middle man, he won’t be passing my message at all”).

The video opens with a scene at the beach in Hout Bay, Cape Town, South Africa. It then cuts to the main protagonist, whom we’ve already encountered at the start of the video, entering a room where hovering smoke circles in one place. He then attempts to reach this smoke, after which the scene cuts again to reveal him post super powers acquisition. One explanation is that he’s encountered, and imbued, the spirit of the Dukun, which is legend among the Cape Malay community of the Western Cape. “Shane Eagle and Nasty C open up a new world with their anime-inspired film,” reads the caption accompanying the video.

Nasty C – There They Go

The ‘coolest kid in Africa’, Nasty C, followed up news of his signing onto Def Jam records with a video clip filmed in his hometown of Durban. Produced by Allison Swank (M.anifest, WizKid, Mr  Eazi), the montage highlights the frantic energy of the ‘Poison City’. We encounter izikhothane in their Italian regalia, amabhujwa with their dizzying dance moves, and dazzling video vixens who provide the viewer with a blend of eye candy and class. Content-wise, the song is the usual mix of Nasty C’s boastful raps, delivered with enough confidence to put his humid city’s heat to shame.

dumama+kechou is the brainchild of South Africa’s Gugulethu Duma and Germany’s Kerim Melik  Becker. After a chance meeting in Cape Town in 2017, the duo went on to solidify their free-form sonic creations, incorporating ideas formed against the backdrop of the 2015/2016 student protests of #FeesMustFall and #RhodesMustFall which highlighted the urgency for a  decolonial framework within which to exist, to create, and to present work. They approached the Joburg-based indie label, Mushroom Hour with the idea to record a full project, a process that went fully underway at the start of 2019. Recently-released, Buffering Juju is the death-defying masterpiece all children of the light deserve to indulge fully in. In August 2019, the duo gathered some friends and trekked northwards, across the border to Namibia. The time spent there resulted in the video for “Madala Song”, a Nhlanhla  Masondo-directed film clip that takes a no-holds-barred approach to filmmaking. The song is a fitting tribute to the Zulu folk mastermind Madala Kunene, with lyrics that draw heavily from his song titled “Ubombo”.

Cape Town-based super emcee Sipho the Gift has been a steady presence on the South African rap scene since his debut album Coming of Age debut in 2015 set him apart as one to watch. But the scene hasn’t been as receptive to his charm and wordplay, and part of this is the particularly knuckleheaded, hard-to-penetrate, Joburg-centric circle who are allowed to gatekeep. He tried moving to Joburg in 2018, but ended up leaving because it didn’t quite turn out as he’d expected. Still, that time gave him enough juice to work on music for what became his third offering, iNDiGO, where “Boy” is lifted. The Emilie Badenhorst-directed clip is a delicate excursion of young black male masculinity in its different variations,  told through a young Sipho the Gift’s (played by Nhlanhla Gongotha) encounter with what it means to ‘be a man’, and morphs into how those ideas play out when he grows up. “Bazaw’delela boy/ hlal’ubangena, faka more pressure,” he raps. Loosely translated, it means that the ‘boy’ shouldn’t let anyone disrespect them. It can be read as commentary on how we are primed, from a young age, to develop a shield against a harsh world that disregards fragility and favours a tough-look, tough-talk attitude. The clip was filmed entirely in Cape Town.

“The album is about love. It’s almost like the beginning of a relationship, and it goes through the whole experience ‘til the end,” says Bongeziwe Mabandla about his newly-released third album titled iimini. “Khangela” is the latest single, and is a satisfying mix of the calm soundscapes Mabandla has come to be known for. Filmed by album producer (and former Tumi and the Volume and 340ml axe man Tiago Paulo), the one-take joint follows Mabandla during an Autumn afternoon while on a break from tour in the north-central French city of Orléans. Mabandla says that the city served as the band’s base during that time.

At the beginning of 2019, pianist, vocalist and producer/composer Thandi Ntuli went on an artist’s residency in Switzerland. While there, she challenged herself to write and arrange music for the Thandi Ntuli Art Ensemble. “New Way”, off of her sophomore offering entitled Exiled, is one of the songs she chose.

“Leading this ensemble with musicians from in and around Switzerland, that I was mostly playing with for the first time, was an intense learning exercise as I navigated the intercultural dynamics as well as the nuances of each instrument that would help me articulate my vision on the score. We could not have achieved this in such a short space of time without the musicality and dedication of all the musicians I was honoured to work with,” she says. This clip is part of the concert she presented in front of an “audience of little children at Jazzwerkstaat Bern in March 2019.”

Jumping Back Slash ft. Morena Leraba – A Song About Birds

British-born, Knysna, Western Cape-based producer Jumping Back Slash enlists the vocals of Lesotho’s Morena Leraba on “A Song About Birds”. Taken from his Animals EP released in September 2018, the joint serves as the backdrop to visual artist Limb’s kinetic expression.

“Two of the four bird like characters introduced are made using household waste in homage to the suburban domestic worker. Those who serve and maintain our most ‘valuable’, yet are lowest in the social food chain become the very subject expressed in Limbs upcoming work,” reads part of the write-up beneath the video.

The clip is released in preparation for Jumping Back Slash’s new offering, Obscure Artist Diets, out on his Swak Catalog label. Jumping Back Slash is also an in-demand mixing engineer in the dance community, and has done work for the likes of Okmalumkoolkat, Buli, and a string of others.

On March 25, 2020, South Africa woke up to news that one of its foremost artists and spiritual healers, Credo Mutwa, had transitioned. Pianist and composer Nduduzo Makhathini, who’d gathered together a close circle of musical comrades for a separate occasion, saw it as his duty to pay respects to the sanusi through whose work a lot of people were, and are, able to reconcile with their consciousness. “The great one has gone back to the lands of his ancestors,” he shared as an accompaniment to the clip, filmed inside Joburg’s premier live performance venue, Untitled Basement.

* Nduduzo Makhathini’s “Modes of Communication: Letter from the Underworlds” is out via Blue Note Records on April 3rd.

The self-proclaimed Scorpion Kings unleash one exclusively designed for the dancefloor, and it bangs. This song is one of the Amapiano joints that carried Mzansi through the December holidays. It still gets crowds movin’ and shakin’ when deejays play it.