M.anifest: a rap jewel made in Ghana 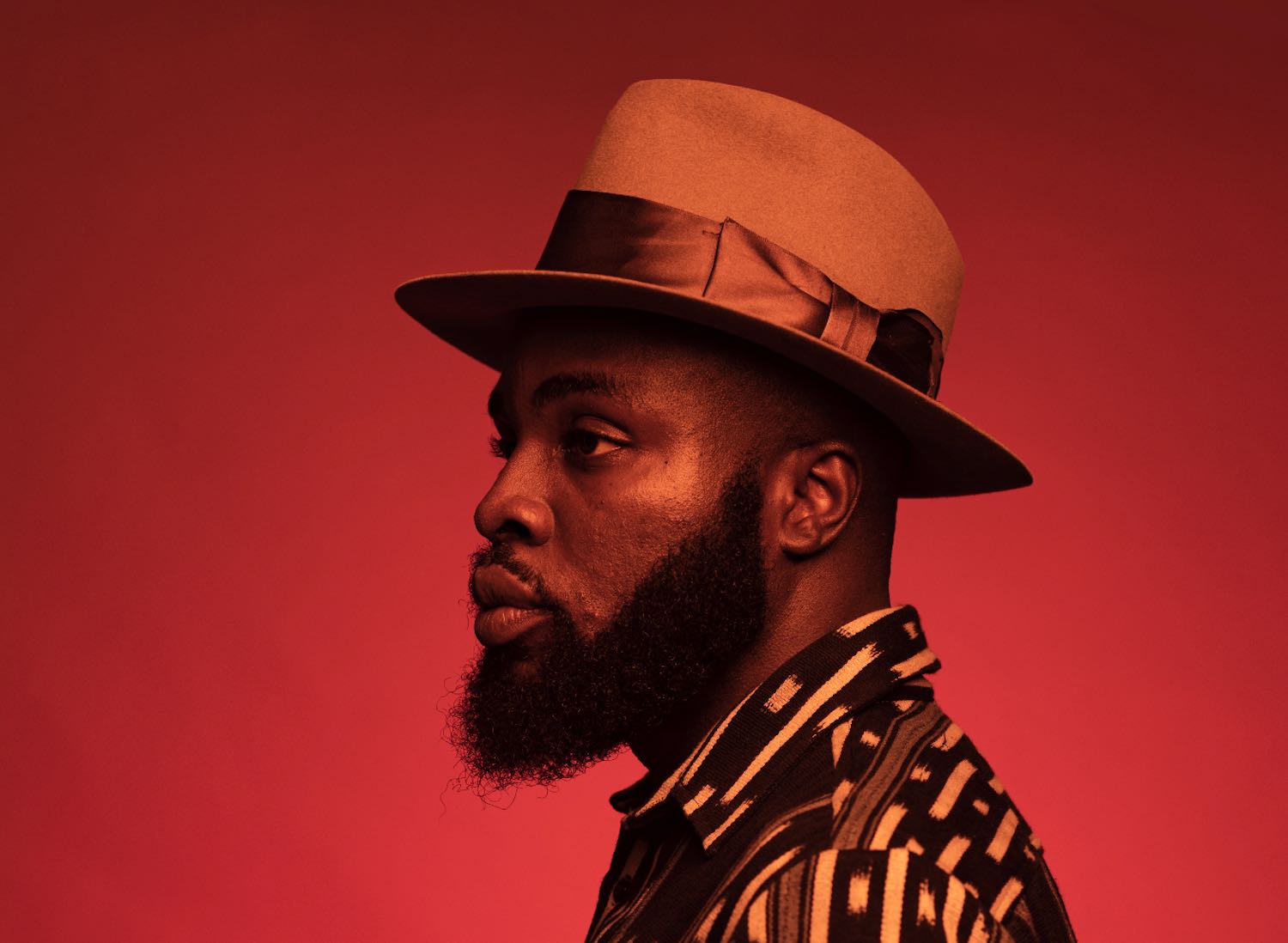 The Ghanaian rapper unveiled his latest EP The Gamble last November. The visuals of the title track were released last week and perfectly captures the effervescent soul of the Ghanaian capital: motorbike rides, dancing everywhere, the charm of the beach, smoke-filled evenings… While the MC has criss-crossed the world with his music, this night stroll in Accra is an invitation to the world to finally come to him. PAM looks back on 10 years of freestyle, music and life.

It is often when we are away from home that we most strongly feel the ties binding us to our homeland. In the case of M.anifest – born Kwame Ametepee Tsikata – it was in Minneapolis, 10,000 km away from Accra, that he wrote one of the most beautiful texts about his country: “Blues”, released in 2011. The flavours are what first came back to him: “I miss me eating that Kelewele” (fried spicy plantain), “the pounding of Fufu”. Then, the flashbacks of a happy childhood in the Madina neighbourhood, located in the North-East of the capital: “I miss me feeling free”, “climbing on a mango tree”. Then finally, he recalls the music: “Tic-Tac, Buk Bak, Reggie Rock, Obrafour… “. An enumeration of the icons of hiplife, this 80’s genre-mixing highlife and hip-hop. Music runs in his blood: as the grandson of one of the most eminent African ethnomusicologists, Joseph Hanson Kwabena Nketia, he was born with an artistic streak. Moreover, in Madina, it is difficult to escape music when it is present in cars, bars, streets, shops, churches… These coincidences set the scene for the musical journey the young Kwame would choose. A few details confirm this destiny: his position as entertainment prefect in his school, as well as his nom de scène which already suggested the political dimension of his lyrics. “The name M.anifest was a creative accident. I was writing a rhyme and M.anifest emerged. It immediately resonated with me”.

In 2001, the apprentice rapper is 18 years old and moves to Minneapolis, Minnesota to pursue his studies at Macalester College. He first has to deal with the contrast between Madina and the Twin Cities: ” There’s a world of a difference. There is no adhered-to noise ordinance in Madina so the bars and churches have a field day playing loud music all night. There is no theatre in Madina but Minneapolis has the highest number of theatres per capita in the U.S”.  This period is an exciting stage in the artist’s career. It is in fact in Minneapolis that his first project “Manifestations” emerges in 2007. The rapper refuses to adhere to the US rap codes of the time, and proclaims his Ghanaian identity throughout the album, proudly appearing in a Fugu costume on the cover (a northern Ghanaian smock). A risky choice in this industry, but one the rapper made deliberately. “I’ve never thought of it in terms of acceptance”, he says. “I cut my musical teeth in America and got opportunities that really built me up as an artist. I understood at some point that my core audience wasn’t going to be centred there though. The environment had to change for it to work beyond a modest indie level”. Yet the rapper persists and unveils The Birds and the Beats in 2009, a free project to raise funds for the Young Entrepreneurs Africa NGO. In 2011, he finally concludes his 10 years in the United States with Immigrant Chronicles: Coming to America, a powerful retrospective on the life of an African immigrant in the US. In this album, M.anifest depicts a society where working as a foreigner is necessarily limited: “if you got a name like Muhammed or Mustafa, flying might be tougher” (Suffer). “I was talking to Americans about Africa. I lost interest in that rather quickly. The American underground hip-hop scene was generous in giving me a shot. But to scale up without compromising myself as a person I had to come back to my primary listeners in Africa”. 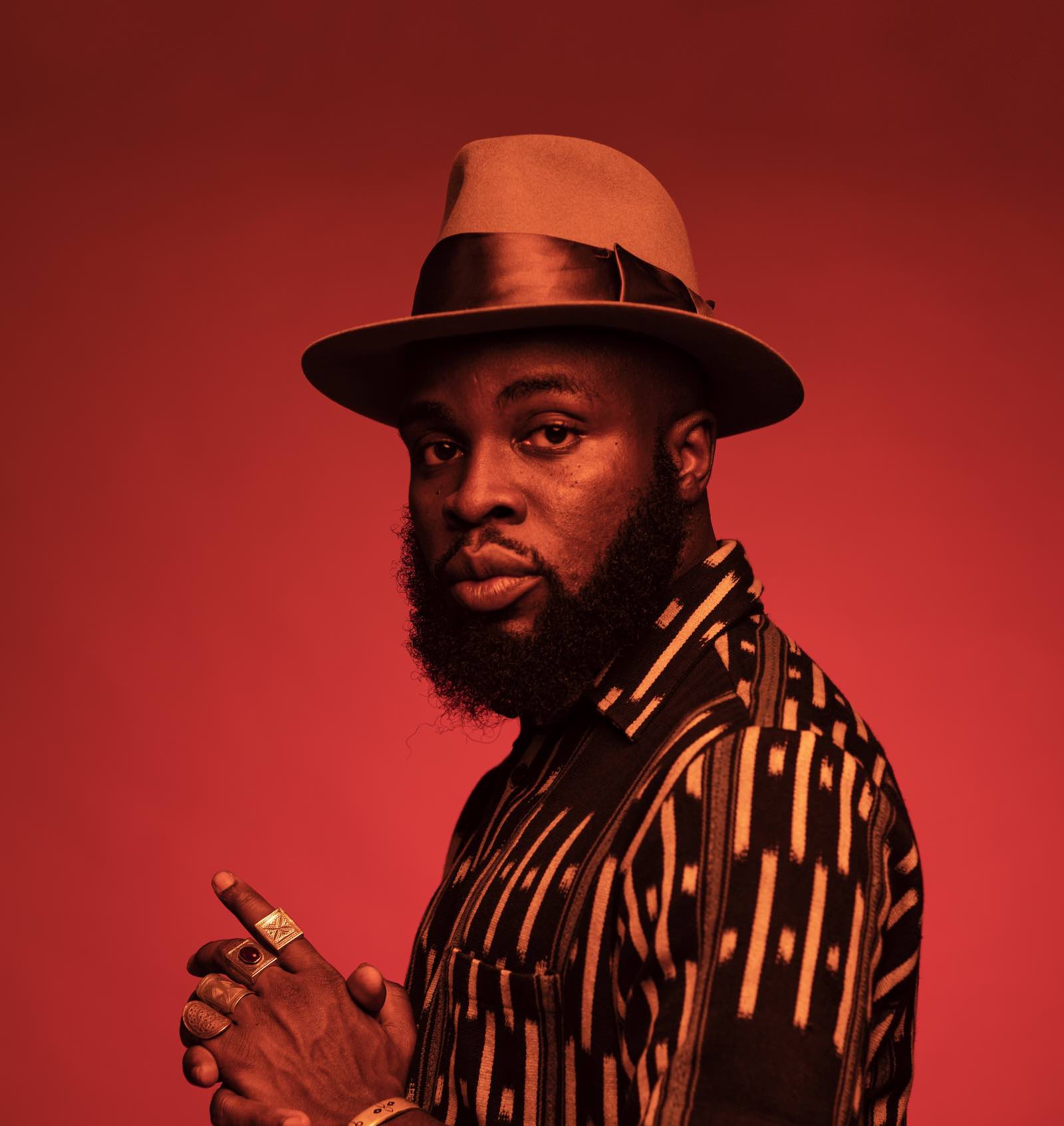 A return at Accra for a new story

“I decided to come back because the plan never was to leave for good. It’s been a rollercoaster since coming back”.  Indeed, once in Accra, the rapper gives free rein to his creativity. He writes a mini hip-hop opera, tells the story of Ghanaian music for Ghana Music Week, and involves himself in Justin Schell’s documentary “We Rock Long Distance”. It is also an opportunity for him to deepen his entrepreneurial side by co-founding Giant Steps, an interactive conference bringing together entrepreneurs and creatives. Currently involved in a new project, Culture Forward, the rapper remains realistic about the effect of entrepreneurship on the independence of African artists:” “Independent” is a very deceptive term in our industry. The reality is, to scale up you need partners with resources and pull”. Art, business… but M.anifest remains a rapper in the first place. In 2013, he releases Apae: The Price of Free EP. Extremely well received by Ghanaian critics, the project is said to “cement his status as a true heavyweight of Ghanaian hip hop”. Indeed, one must keep in mind that when he returns to Ghana, M.anifest is not a celebrity there yet: “I don’t think even a thousand people in Ghana knew me as a musician when I was in the States” says the rapper about his start in the US. Back in his homeland, even though he has already released some hits to the local population, a lot of things have to be recreated. The rapper sets about the task with enthusiasm and tenacity. Another project in 2016, Nowhere Cool, and the artist wins the title of best rapper at the 2017 Ghana Music Awards. The album receives accolades from international artists such as Damon Albarn, and M.anifest expands his reputation as the “godMC”.

Back in Ghana, the artist can finally immerse himself more deeply in contemporary African music. Through encounters, festivals and tours, he gradually becomes the favourite rapper of the continent’s music legends: he collaborates with Tony Allen, Fatoumata Diawara, Amadou and Mariam, Erykah Badu… While it springs from his “appetite and taste for music”, it is also due to a desire to join forces against the challenges faced by African artists in general, such as “all the work to get visas”. “ One thing that would be of enormous help is local infrastructure that builds and rewards creatives”, he says. He however remained enthusiastic during all these years, since 2012, when he wrote “Africa is now” in the midst of the Azonto wave. Concerning the current new musical boom in West Africa, he believes «the wave now is more diverse and has many more people making strides globally. It actually feels like a movement now, not a one-off”. The rapper has developed strong ties with this new generation of Afrobeat artists, notably with a certain Burna Boy. Invited to participate in the African Giant album, the rapper delivered a flamboyant verse on “Another story”, a song denouncing the colonial heritage and the functioning of institutions in Africa. The political message is enhanced by soft and dancing sonorities, on a perfect mix between lyrical rap and Afrobeats.

“Another story” in a way announced the next step for the godMC. His latest EP, The Gamble, released in 2019, possesses to a certain extent the same musical colour as the track. The rapper decided to take on a very topical challenge: to merge hip-hop and Ghanaian Afrobeats. “That combination is explosive for me. It brings together different worlds of music I have equal amounts of love for”, he explains. The MC addresses human relationships, seen through the filter of life’s gambles. “The idea evolved naturally. I began with the idea of musing about the chances we take in life. It became apparent a good number of those risks, most of the time, are in love and relationships”. However, the lyricist hasn’t abandoned his political verve, and while the message of his music is evolving, his approach remains politically engaged. “Music is powerful but let’s not romanticize its power. We live in countries with deep systemic flaws that don’t favour the majority of citizens. So as powerful as the music is in shaping world views and our spiritual dispositions, it can only effect long-lasting change if we change the structures in our favour”.

The next big date on his agenda? A concert at the XOYO in London, on May 28th. “It’s going to be an unforgettable party! I’m going to bring a refreshing and vibrant set that will feel familiar but very different to what folks experience from the current wave of popular African music”. The Madina vibe keeps on being exported, and the MC remains on a mission to change mentalities. “The impact grows every year so we live to see what kind of legacy this path I’ve chosen leaves”. 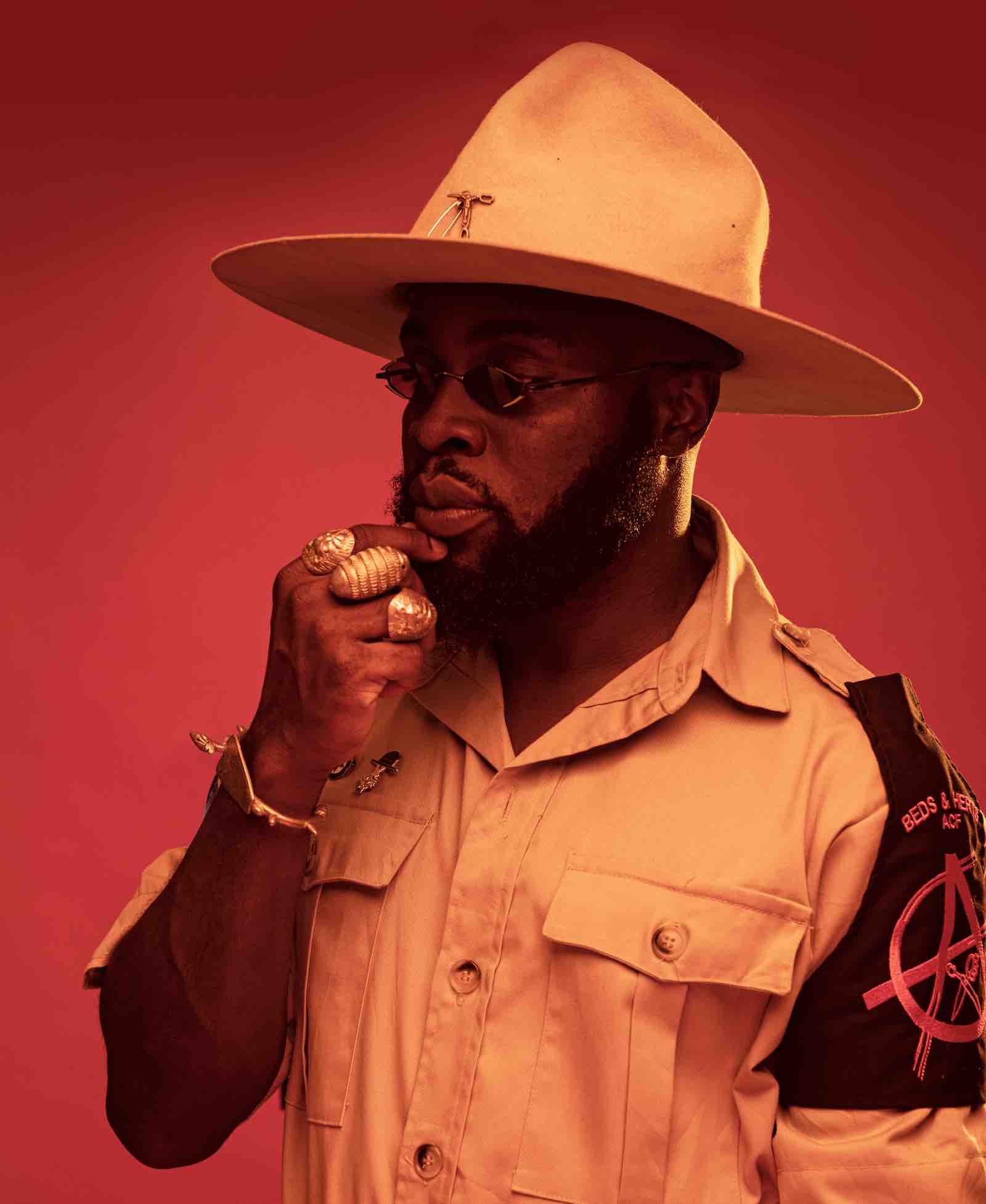