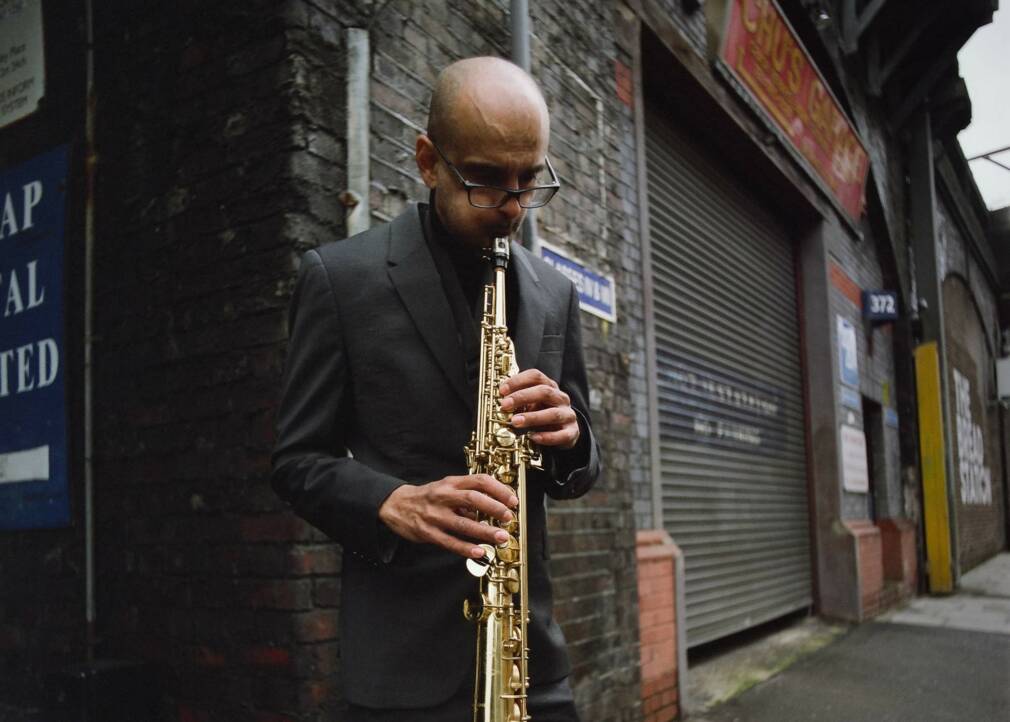 The UK-based saxophonist has announced a new project titled Supreme Love: a Journey Through Coltrane, to be released on BBE Music.

Sean Khan is a London born jazz saxophonist. His recording career began in the early 2000’s as the leader of broken beat group the SKradicals. The musician has since released multiple albums, cementing his spot in the vibrant London jazz scene. He is now working on a new album paying tribute to one of his major influences: John Coltrane.

“Who is John Coltrane for me?” asks Khan. “He is man, legend, myth, storyteller, sage and atmosphere. My road and journey has been a rocky one, and like most on this journey, I have carved a path full of mistakes and triumphs. However, throughout my life Coltrane’s music has been a constant.”

Supreme Love will weave together disparate strands of the UK music scene (jazz, dance, broken beat and electronic) together on one record. The project will feature a talented and diverse group of performers, including the two legends of UK jazz Peter King and Jim Mullen, both of whom bring a rich and palpable sense of history to the project, and Cinematic Orchestra front-woman Heidi Vogel, who adds her distinctive, soulful voice to Khan’s, and Coltrane’s, heartfelt lyrics. “I made a conscious effort to represent all of Coltrane’s main artistic periods from hard bop (with Miles Davis), to sheets of sound, spiritual jazz and finally his last, most experimental and cosmic period ”, Khan adds.

Supreme Love : a Journey Through Coltrane by Sean Khan, out on November 19 via BBE Music.