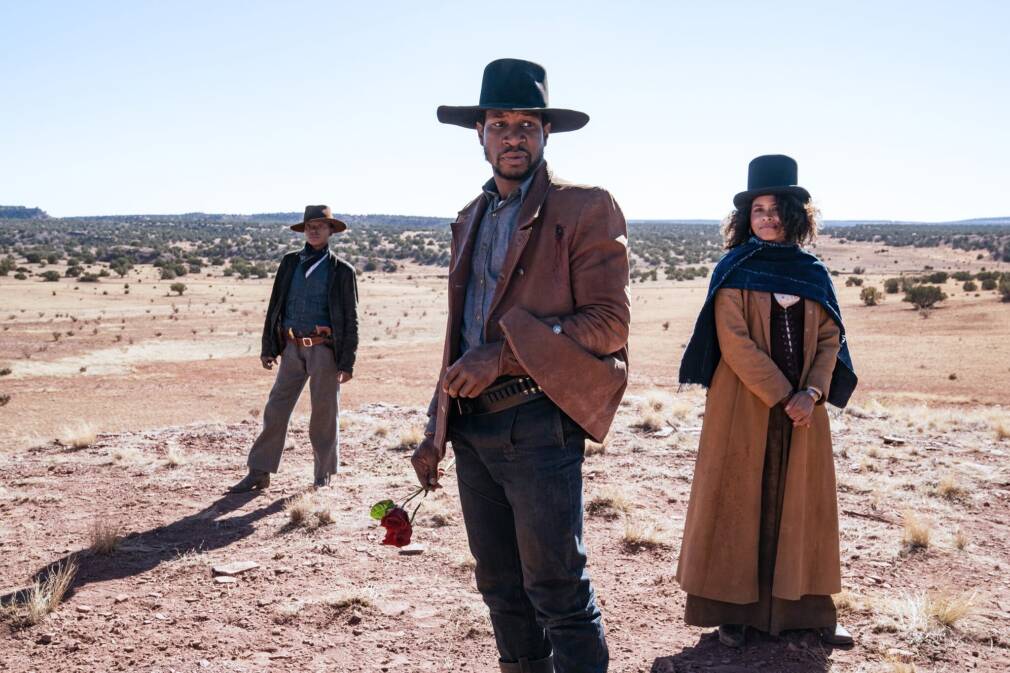 The Harder They Fall: A Black Western with a pan‑African soundtrack

Koffee, Fatoumata Diawara, Mayra Andrade, Barrington Levy, and Fela Kuti all step in to redefine the score of the American Western and the forgotten black cowboy on Netflix’s The Harder They Fall.

Netflix’s original The Harder They Fall is an attempt to correct the historical memory of the old West. Despite the dominantly white portrayal of cowboys in Western film, academic Katie Nodjimbadem estimates that almost one in four cowboys were black. This gives context to Neflix’s choice of opening words, “These. People. Existed.”

A classic Western motif of a man seeking revenge, The Harder They Fall, stand out more for its choice of all-star black actors including Idris Elba, Regina King, Delroy Lindo, among others, and unique take on the Western soundtrack.

This selection stands next to industry standards like Kid Cudi, JAY-Z, and CeeLo Green providing some welcome collaborations and high profile exposure.

While Quentin Tarrantino famously provided the first urban soundtrack to the Western screen via Django, the genre has been dominated by a slate of European composers among them Ennio Morricone and Sergio Leone with tracks like “The Ecstasy of Gold” from The Good The Bad and The Ugly. With The Harder They Fall we’re introduced to a new perspective, and with it, a new score to reimagine the intoxicating tales of the old West.

Listen to the full soundtrack here.