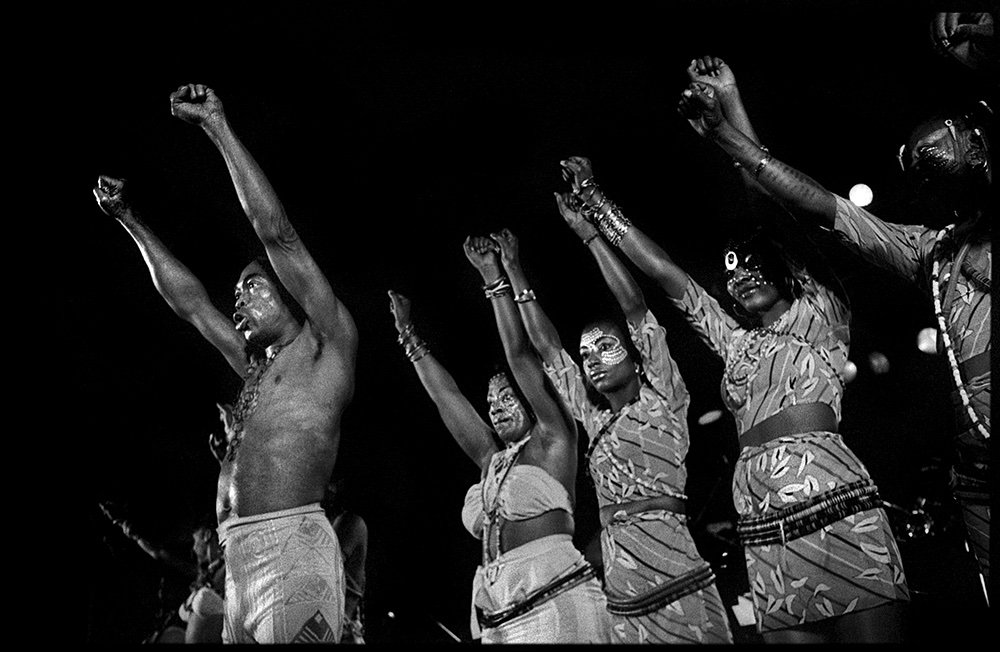 Curated by Femi Kuti and Chris Martin, Fela Kuti’s music will be revisited via a 7xLP box set with commentary from afrobeat historian Chris May, a poster design from Lemi Ghariokwu, and stills from Music is the Weapon.

Fela’s son and Coldplay frontman Chris Martin are breathing new life into the Kuti legacy, gathering the primary resources and key actors around Fela’s career and its history. The Fela Box Set 5, which will include a limited run of 4,000 copies, does honor to the catalog, taking the care to recreate the vinyl aesthetics from the original vinyl pressing. The accompanying booklet will be written by Afrobeat historian Chris May with forwards from both Femi Kuti and Chris Martin. Lemi Ghariokwu, who designed 29 of Fela’s album covers throughout his career, will also return to the fray designing a poster dedicated to the box set.