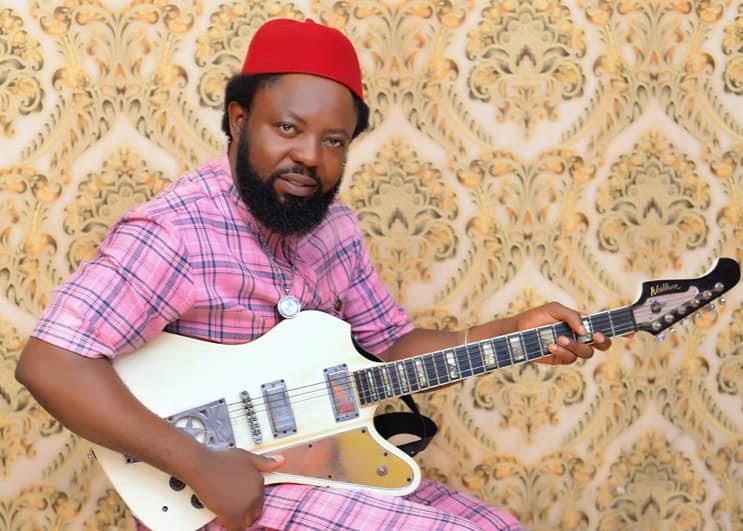 Accompanied by his “Talented fellows’ band of Africa”, the Nigerian singer has unveiled his new album Aja Wele Wele via Palenque Records.

Oliver Nayoka, born Okwudili Oliver Anisiobi, is an artist from Ekwulummiri, south of Anambra State. He rose to prominence within the country and its diaspora with his resonating voice and his singular way of playing the guitar: indeed, his style was influenced by the legendary Oliver De Coque and his heavy Congolese music expertise. Specialized in Igbo highlife, the musician attaches a particular importance to guitar playing, earning himself the nickname “Jimi Hendrix of highlife”. After starting his musical career in 1993, he quickly formed his group “Talented fellows band of Africa”, in which he is the lead singer.

With Aja Wele Wele, released on Palenque Records, the musician returns to his basics. Over nine tracks, Nayoka revisits classic highlife by bringing an exciting twist of Congolese rumba-influenced melodies. The songs, which often last more than 10 minutes, are pure expressions of joy and convey an irresistible desire to dance. Discover “Ogene sound system” with PAM, a fully acoustic track where the musicians showcase their lively guitar and horns skills.

Aja Wele Wele by Oliver Nayoka, out on Palenque Records.