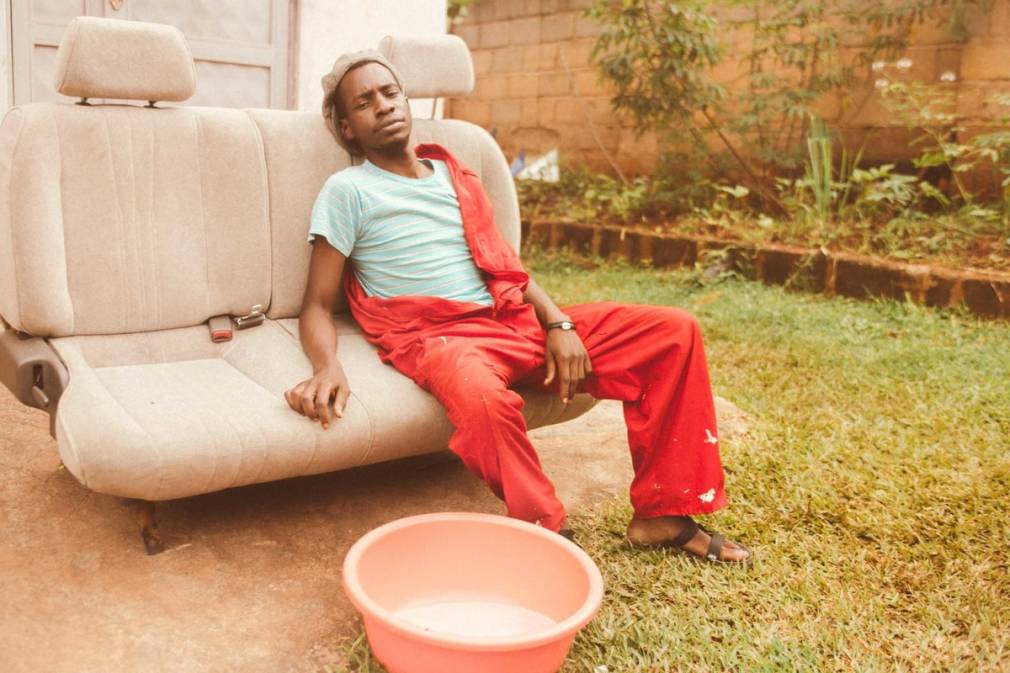 After numerous acclaimed collaborations, the Kampala rapper has announced the release of a first EP connected to the Nyege Nyege festival atmosphere: Kimbalagala.

The English label Blip Discs is fully behind its new recruit. After a collaboration with Tom Blip on “Kitala Beat” and several appearances alongside members of the Nyege Nyege crew, Swordman Kitala has finally unveiled his most complete work to date. The victim of a serious stroke at the age of 27, at the time of finishing the recording, the release of Kimbalagala also marks his return to health and to life.

Real name Frank Amanya, he started out as an MC at Boutiq Electroniq club parties, the only place in Kampala where African electronic music such as kuduro, balani and soukous could be heard. This allowed him to develop an incomparable flow and elocution. On the EP’s eponymous track, we once again find the British producer Tom Blip on a dancehall beat where Swordman Kitala raps in Luganda with Biga Yut, member of the Hakuna Kulala team. The funkier second track features producer K-Lone. Swordman also brings in O’Flynn on a dark electro beat alongside Ekhe, and finally, pq Rewonk to remix the track “Kimbalagala” with surprising results.

The Kimbalagala EP will be released on November 20 via Blip Discs.