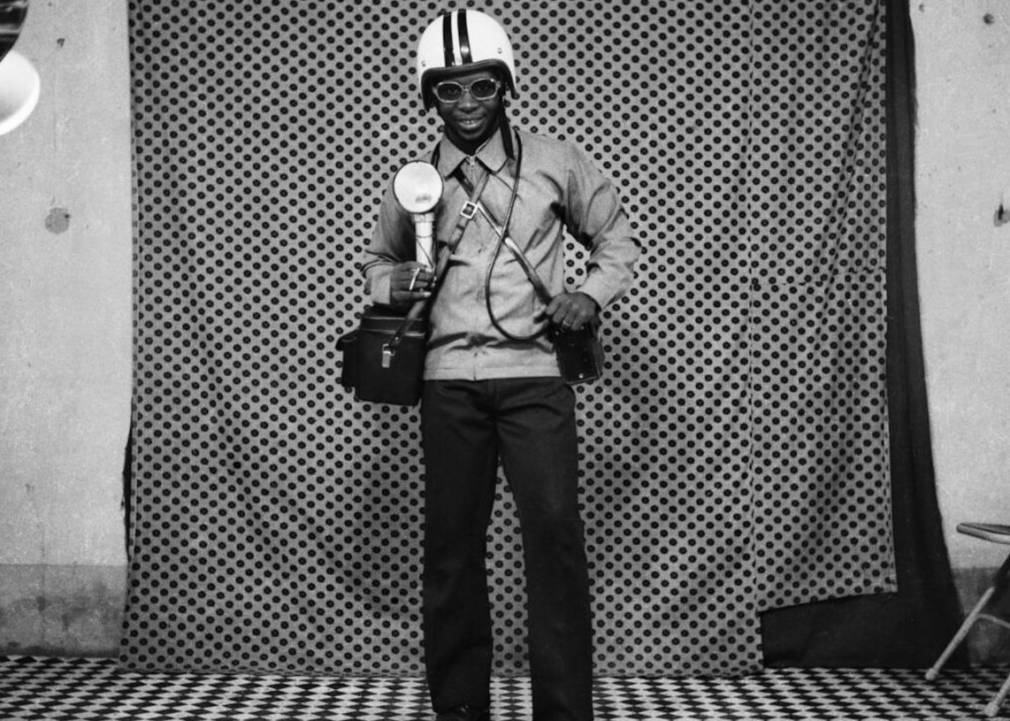 This gigantic compilation from the Moochin’ About label brings together a collection of classics from the Ghanaian and Nigerian music of the 1950s and 1960s.

Cool Cats Invasion (Highlife, Juju & Palm-wine) offers a captivating musical journey through time. The selection of tracks is impressive: it includes the Nigerian juju singer and guitarist Tunde Nightingale, one of the disciples of the great Tunde King, as well as the first highlife and calypso records from Fela Kuti, captured in London in 1959.

To better understand what is at stake in this compilation, let’s start with a bit of history. Highlife is a type of popular West African music and dance that originated in Ghana at the end of the 19th century, then spread to western Nigeria and flourished in both countries during the 1950s. The first form of highlife came with brass bands made up of Ghanaian musicians that blended European instruments with traditional styles and jazz. Highlife thus became a unique synthesis of African, African-American and European aesthetics. In the 1930s, its popularity spread along the coast and achieved popularity in Nigeria, where it took on a new musical touch: asymmetrical drum rhythms from the Yoruba people in the southwest of the country, which were combined with syncopated melodies on electric guitars from Ghana and singing in either Yoruba or English. This was a major transformation, and Nigerian highlife lost a large part of its audience to popular guitar-centred styles. One of them, called jùjú, was directly derived from Yoruba-dominated highlife, and gained wide international recognition in the 1980s, remaining popular in Nigerian hotels and nightclubs. As for palm-wine music, it is itself derived from jùjù as it mixes traditional Yoruba music with Cuban and Brazilian guitar rhythms. The famous “palm wine” name comes from a popular fermented drink among the Yoruba.

Highlife music was not a unique movement, and it has remained a wonderfully rare example of free spirit and expression of human experience over the years. During British colonisation it allowed the Ghanaian people to affirm their identity through a music that only they could understand. Highlife was not just a genre, it embodied the best that life had to offer at that time: music. The fervour of bands and musicians took off and continued for generations, allowing the genre to evolve in different forms. In the aftermath of World War II, influences from jazz, blues, reggae and even funk gave rise to bands like Osibisa, which took highlife beyond Africa and influenced the forthcoming Afrobeat.

The album Cool Cats Invasion (Highlife, Juju & Palm-wine) is available via Moochin’ About.