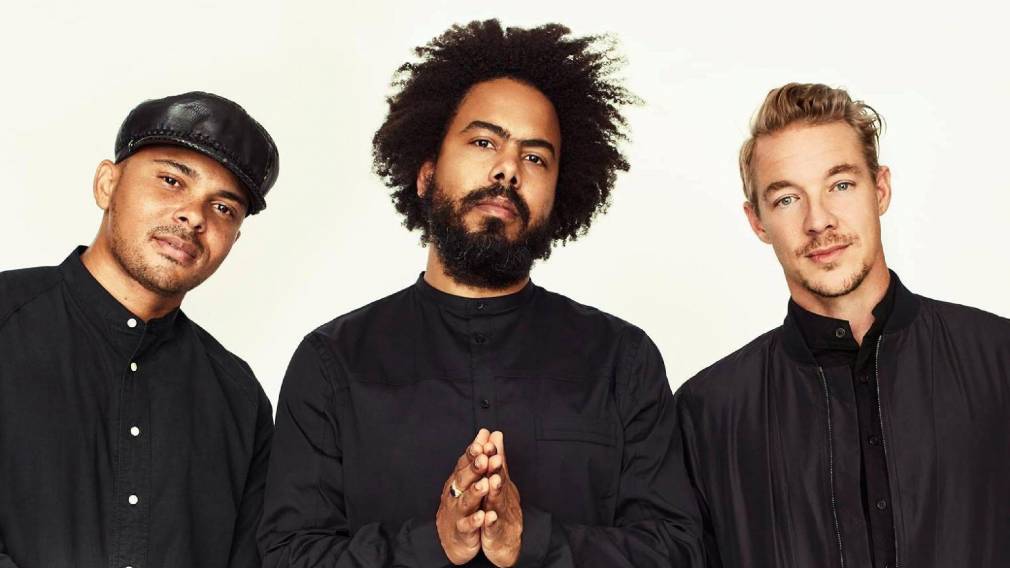 Major Lazer brings the feats on Music is the Weapon

Major Lazer continues their exploration in emerging global sounds with Music is the Weapon, which shares the name of afrobeat founder and Pan African legend Fela Kuti’s 1982 documentary. The latest project continues to imbue its EDM / pop flavor to the music of their collaborators, often to the criticism of purists from the worlds of reggaeton and afrobeats. Whether or not Major Lazer’s imaginary personage of “a Trinidadian dancehall club owner, a Jamaican hero commando who lost an arm in the Zombie Wars suddenly re-emerged with a laser gun in the place of his missing limb” is a case study for appropriation, their popularity is undoubtable and their choice of collaborators impeccable. The group, made up of American producer Diplo and DJ Ape Drums, as well as Jamaican-American DJ Walshy Fire (with past members including Jillionaire and DJ Switch), has been making hits since 2008 releasing 3 albums, 5 EPs, and massive singles like “Lean On (Feat. MO and DJ Snake)” which has well over 1 billion streams.

Past collaborations include stars like Bruno Mars, Pharrell Williams, Nicki Minaj, Justin Bieber, Travis Scott and Ariana Grande, however as of late the group has dipped their hand into the collection of international influencers like J Balvin, El Alfa, Tarrus Riley, Mr Eazi, and others. In 2018, for example, the group announced their newfound love for afrobeats with their Afrobeats Mix (DJ Mix) that featured the work of Burna Boy, Nasty C, DaVido, Mr Eazi, Patoranking and more.

Music is the Weapon extends its guestlist to up-and-coming Nigerian singer and crooner Joeboy on “Sun Comes Up”, the poster boy of Mr Eazi’s EmPawa artist development program the latter of which has been working with Major Lazer since their 2017 “Leg Over” remix. Jamaican dancehall sensation Shenseea also makes an appearance with Jamaican born producer BEAM on “Tiny”. Finally, big legends including Skip Marley and Mr Eazi are back at it with “Oh My Gawd” and “Can’t Take It From Me” respectively.

Overall the project is sure to generate a lot of attention and is a great platform for up-and-comers like Joeboy, who has arguably the strongest track of the project, to bring their name to new audiences. While these features are a sugarcoated version of each artist’s style, laced in the immense production of the hitmaking super-trio, the influences can be clearly heard, and are a potential gateway to open the minds of popular music listeners to the nuances of the world’s diverse and wonderful musics.

Listen to Major Lazer in our Songs of the Week playlist on Spotify and Deezer.