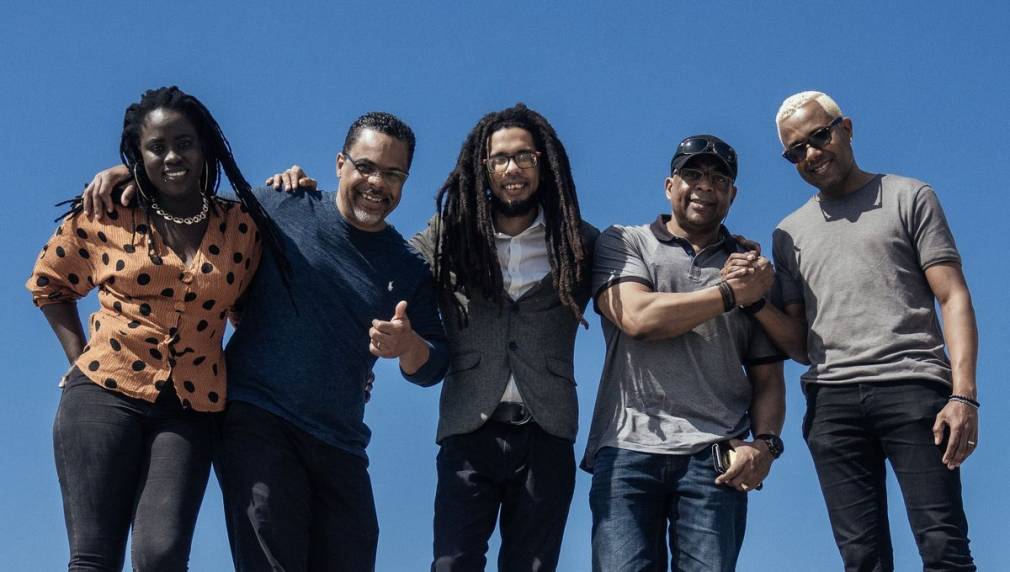 Bandé‑Gamboa adapted for the dancefloor

Remixed by DJs Detroit Swindle, Poirier and Batida, under the expert eye of producer Guts and the Heavenly Sweetness label, the music of Cape Verde and Guinea Bissau takes on a tropical-house feel on absorbing EP.

“I’m not very fond of remix projects that are often tasteless and less appealing than the original versions but for my Bandé-Gamboa project I wanted to limit myself to 3 first-rate remixes,” admits producer Guts. The sounds of the Afro-descendant band from Lisbon, Bandé-Gamboa, are afforded a second life drenched in electronic sauce. It is a risky choice for producer Guts, who is well aware that these re-releases from the local contemporary scene flood the record market, stifle contemporary creativity and are only intended for a Western audience. Hence the desire not to seize the entire Horizonte album, released last June, and rather to deliver a thoughtful and enlightened selection: “My first idea and my dearest wish was to convince the Dutch duo Detroit Swindle to make a remix of Bandé-Gamboa! They accepted and the result is just a masterpiece of the genre.”

Originally, the record Horizonte, initiated by the Portuguese producer Francisco Sousa, brought together two groups of artists from Lisbon’s African scene under the name Bandé-Gamboa, to celebrate gumbé and funaná, two genres from the musical heritage of Guinea-Bissau and Cape Verde. These musics were repressed by the Portuguese settlers and became true symbols of national pride after independence. Thus, the entire original disc was dedicated to Amilcar Cabral, founder of the African Party for the Independence of Guinea and Cape Verde, who was assassinated in 1973, just before the liberation of these two states that he dreamed of seeing united under the same flag. From now on, dancefloors all over the world will be able to pay tribute to him. These remixes, produced by Europeans, are also a way to fight indirectly against the amnesia of Europe’s colonial past.

Remixes of the Horizonte EP to be released on December 9 via Heavenly Sweetness.