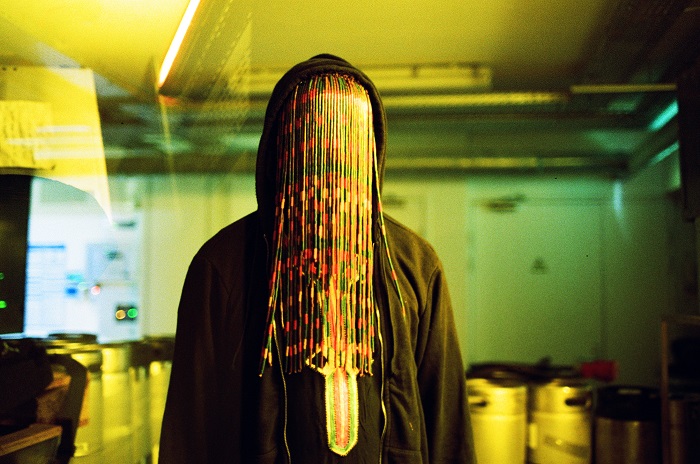 Today, Tunisia is at center stage in the PAM Club, proudly represented by its masked icon Nuri, an electronic musician who became a master in the art of working with traditional African rhythms.

IRUN was released at the end of 2020, a palindrome album from the Tunisian artist Nuri, who worked with samples of traditional music to extract alien and progressive electronic pieces, confident that “musical traditions are only interesting when they are in motion,” as he said to PAM. Initially a guitarist and drummer in the Tunisian metal and reggae scenes, Amine Ennouri began experimenting with stambali before moving to Lyon, France, where he crossed paths with Shouka Records and the Arabstazy collective. It was in Denmark that the Nuri project really came alive in Amine’s brain. The first glimpse of his style of juggling with rhythmic and atmospheric contrasts came on the album DRUP, a product of his Nordic surroundings. It was on IRUN that Nuri transformed the trial by diving deeper into experimentation, eager to use his art as both a vector for social change and a sensory catalyst for the listener. By deconstructing West African folk songs or children’s songs through his machines, Nuri’s sound evolves and mutates into a trance-like soundscape that echoes his North African roots.  By featuring artists such as Martha van Straaten, Dengue Dengue Dengue and Pouvoir Magique on his remix EP, Nuri proposes a broadening of his musical spectrum, a state of mind that we find in this hybrid PAM Club session, one soaked in Afrobeat, Latin rhythms and electronics.