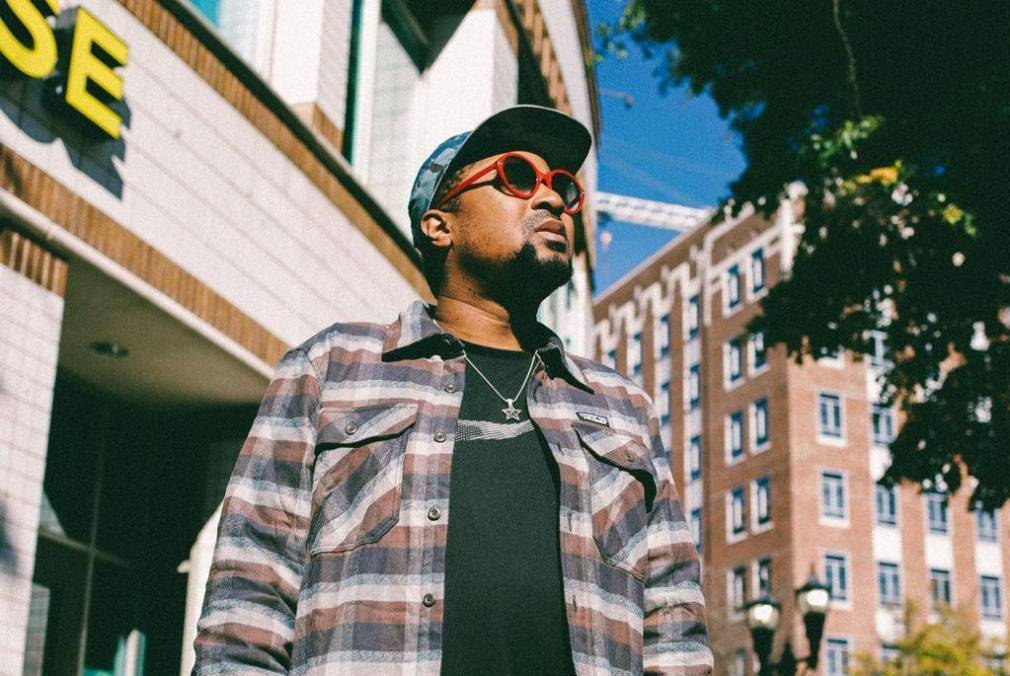 The new album Ambrosia blends Soulful house and jazz with an added touch of blues.

You can hear rhythm in the way he speaks. Maybe it’s a common trait shared by those who live in Birmingham, Alabama, and have received a Jazz education, in Byron’s case from his grandfather. His rich southern musical culture gives a uniqueness to his sound creations, and he surrounds himself with the world’s best musicians that contribute to his soul and instrumental approach to the genre.

Byron The Aquarius’ name doesn’t belong to a real Aquarius at all, it turns out, but to a 32-year-old Pisces born on March 11th. He received the nickname in college and never bothered to correct it. Firmly anchored in the South, he retains the vitality of Atlanta’s underground scene, which he now transposes to international clubs. For this album, recorded on Jeff Mills’ legendary label, Byron spent his days with a team of stars: Janet Jackson’s veteran drummer Lil John Roberts, trumpeter Dashill Smith, flutist Rasheeda Ali and bassist Chocolat Costa from Brazil, who brings a wonderfully unexpected samba touch to the tracks.

Byron’s love of melody and harmony has always attracted the attention of major electronic music labels and producers, and the young maestro’s eclectic choice of international clubs has saw him rubbing shoulders with the world’s best. When he wasn’t working on his own music, he was playing keys in the studio with Atlanta-based House DJ/Artist Kai Alce. These creations soon came under the radar of the Detroit master Theo Parrish, who loved his sublime jazz-inflected house and selected two tracks for release on his legendary Sound Signature label in 2016. The result, “Highlife EP,” was lauded and since then Byron has rolled-out high-quality tracks on Wild Oats, Eglo Records and many other labels. He has toured the world playing at festivals, proving as he says in one of his tracks: “Techno Is Black (Respeck).” A cry of celebration to all the cities (Detroit, Atlanta, Chicago) that have summoned black culture  in the southern states and given birth to its electronic music.

Ambrosia will be available on October 16 via Axis Records.

Listen to Byron The Aquarius in our playlist Songs of the Week on Spotify and Deezer.