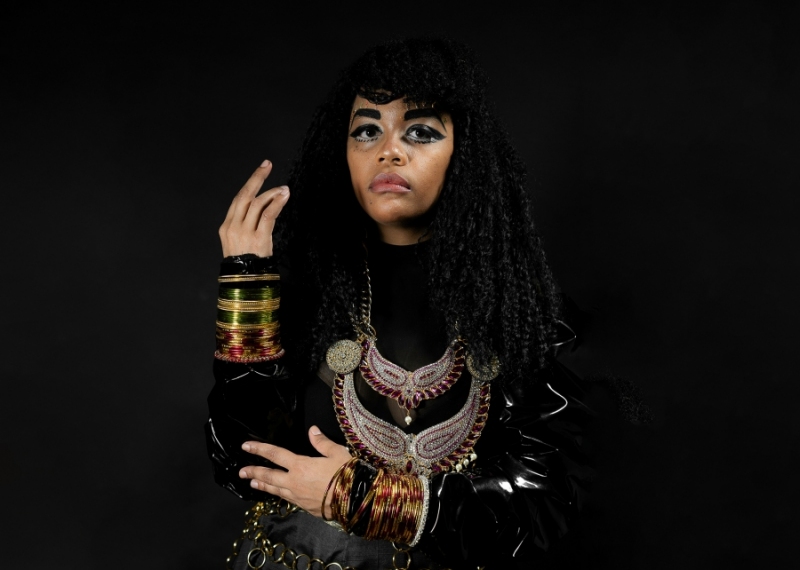 She takes her inspiration from her practice of reiki (Japanese alternative medicine) to explore musical approaches to trance and inner awakening. Devi Mambouka a.k.a. Masma Dream World is a Brooklyn-based artist originally from Gabon on her father’s side (from the Bahoumbou tribe) and Singapore on her mother’s side. In her first album Play At Night, the artist seeks to induce healing through vocal and electronic experimentation for healing purposes, drawing on her knowledge of Japanese culture and the inner magic that she has felt since childhood. Tapping into her training as a reiki practitioner and a Butoh dancer (a Japanese avant-garde, spirit-led performance art), Devi’s debut showcases her ability to abide by her own precise rules when producing music. Play at Night was recorded in four and encompases elements of butoh, theta frequency (which creates a trance state in the mind) and the need to occupy sacred space.

Some recordings were made during her visits to Gabon and Singapore and present soundscapes in the truest sense of the word. The rest is based on her youth experience in the Bronx and her DJ career, which began at the age of 16 when she was not yet old enough to go to nightclubs and had to use a fake ID.

This experimental album arrives at the perfect time to embark on an inner journey.

Play At Night will be released on September 25 via Northern Spy.