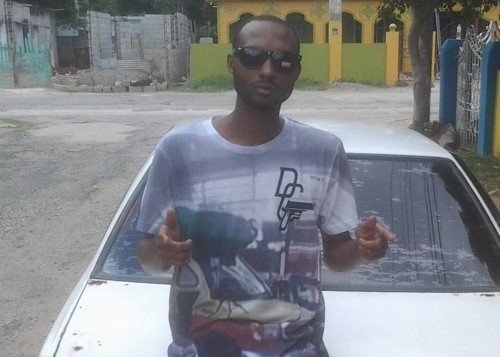 The track “Girls Dem Need Me” debuted him into the dancehall world. G Sudden’s youth fire is on the rise with his new EP Burnout boss.

After lighting up the Portmore scene at Reggae Yard, Stop the Crime on Violence tour and Chopdawg Sundays, the Jamaican singer reconfigures dancehall DNA with engaged themes such as gun violence and ghetto life. A breath of fresh air to Jamaican dancehall.

This controversial music is often criticized by the older generation and adulated by the youths always looking for new riddims. Dancehall is blamed for its incitement to debauchery: sex-drug-alcohol-violence-homophobia combo, but is finally the reflection of a society in perdition. With G Sudden, you can sweep away your prejudices. Instead of describing this society, the artist evokes the reasons for this conclusion: oppressed population, social misery, criminality and corruption. Dancehall is finally the voice of the young Jamaican generation.

Production comes from Richmond, BC (Canada via Manila) crew Seekersinternational who clashed with Duppy on 2019’s I Jahbar and Friends (where lead track ‘Bunout’ first appeared).

The EP will be released on September 25 via Bokeh Versions/Duppy Gun.