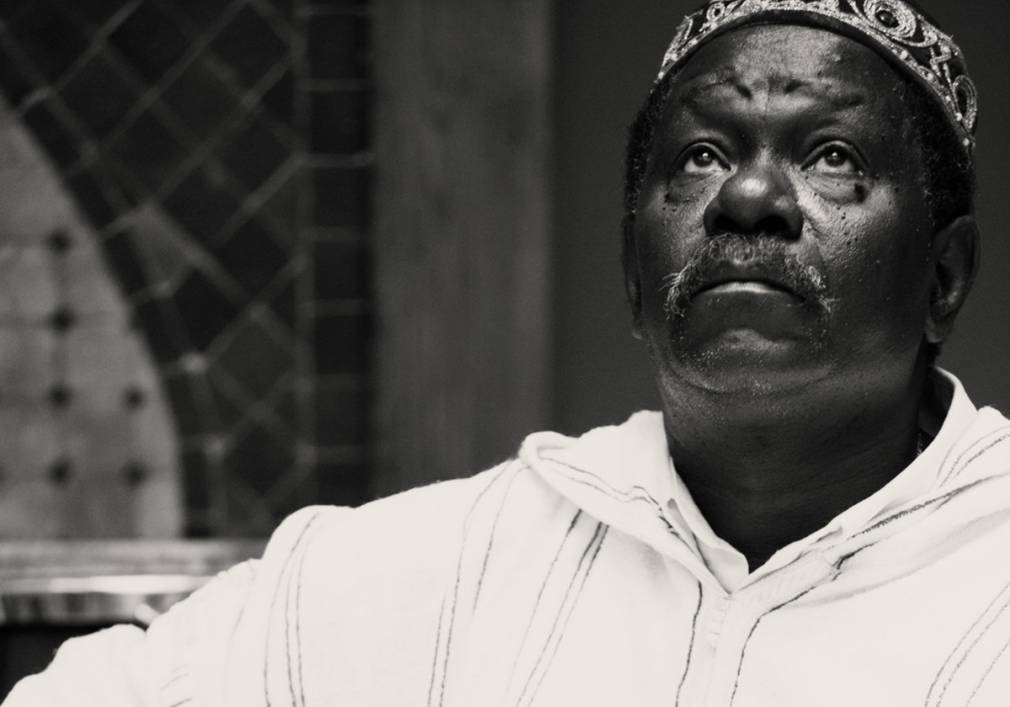 The king of Gnawa music rises from the dead thanks to Hive Mind Records and the reissue his album Aicha.

After Colours of the Night in September 2017, here is another reissue of the music of the late Maalem Mahmoud Gania, who died in 2015. His fascinating ritual sounds, first released on cassette in the late 1990s for Aicha, still resonate in Morocco through the Gnaoua festival in Essaouira — a kind of Moroccan Woodstock where youth dance in trance to these ancestral rhythms with healing powers.

It feels like the perfect time to release this spiritual music, in times of pandemic. Maybe Aicha will enable you to carve out some healing space in amongst the chaos of the world. The album shines a light on Mahmoud’s virtuoso guimbri playing and mastery of Gnawa songcraft, and is a standout amongst his many cassette releases.

Aicha will be reissue on October 9th on a vinyl/record LP and digitaly via Hive Mind.