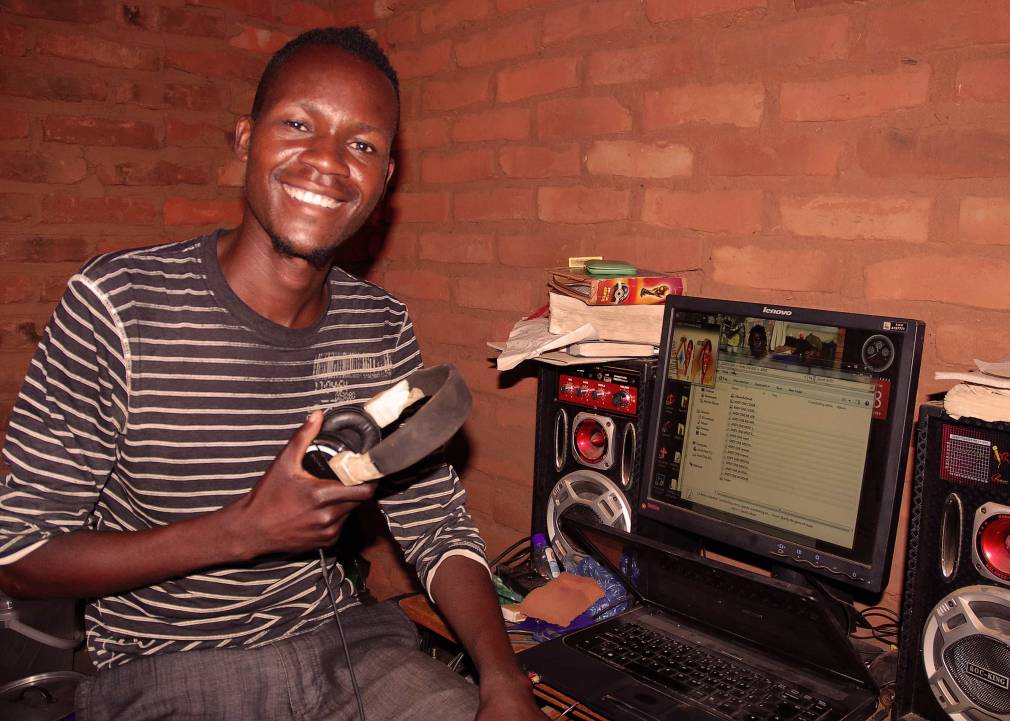 The concept of the series is unique: to present local producers who use rudimentary digital tools to create exciting mixes of electronic and traditional music. A unique opportunity to discover talented songwriters like Andy One from the northern region of Malawi.

This musical prodigy began by directing the choir of a church in the capital, Mzuzu, before studying jazz at the country’s only music high school. But being unable to pay school fees, he was forced to leave. With his wife and baby, they moved to the small town of Enukweni where he set up the Crunch Vibe studio in a modest tin hut.

Andy One mixes traditional Ngoni and Tumbuka rhythms with electronic sounds and inspires a palette of emotion, not only through rhythm, but also through lyrics that evoke African unity (“Imba Africa”), and the power of God (“Londezgani Chiuta”), but he also touches other fragile aspects. “Mbuye Wanga” is a testimony of metaphysical loneliness – “sometimes Your parents are strangers, sometimes Your children are strangers”; in “Pwepwete” he mocks a super-rich parliament candidate, who is luckily fed up with the corruption; another existential theme of “Ana Obwerawa” portrays the sense of life it is only in developing the world for the next generations; “Tadekha” is moralitat about the too-early age of consent.

Between reggae, hip-hop, afropop and local ingoma and vimbuzza dances, the influences of this album are considerable.

Listen to Andy One in our Songs of the Week playlist on Spotify and Deezer.