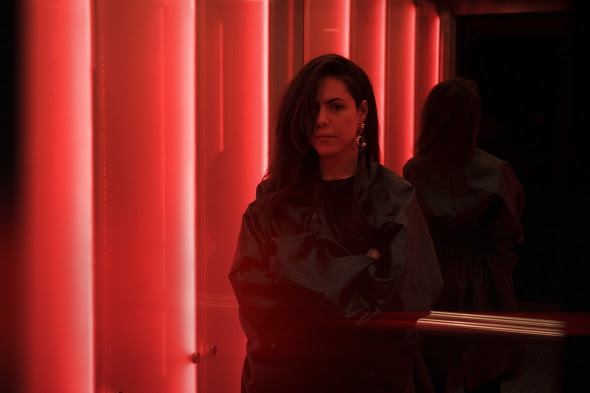 The French-Algerian singer and producer Sabrina Bellaouel announces the EP We Don’t Have To Be Enemies with the single “Nasser”, an experimental turn to the opposite of her first works launched on the tracks of modern RnB.

Since 2016, Sabrina Bellaouel has been developing her dreamlike universe in the shadows, keeping the cursor steady somewhere between neo-soul, trip-hop and delicate RnB. Since her EP Cheikh released in 2016, she gives her voice to artists of the Parisian scene such as Jazzy Bazz or Bonnie Banane, before her breakthrough in 2019 on her magnificent EP Illusions. She unfolds her bewitching vocals on a contemplative production, claiming influences from both punk and gospel music, which she learnt as a teenager.

Always on the look-out for new talents, the label InFiné has detected a definite potential in her, which will end up in the hands of Mexican producer Cubenx for four new tracks that go against the style she was building. The Frenchwoman with Algerian roots draws inspiration from her visits to the Maghreb, Paris, London or Rotterdam to move away from stereotypes and propose an urban experimental music. The fight thus replaces seduction, like the dark and breathless techno faux-airs of “We Don’t Have To Be Enemies” which would happily find its place in a Berlin club. The experimental whispers of “Pulse” counterbalance the mid-tempo “Nasser” which weaves tortured arrangements around a statement by Gamal Abdel Nasser, Egypt’s second president.

Listen to Sabrina Bellaouel in our afro + club playlist on Spotify and Deezer.

The EP will be released on 4 September on the label InFiné, pre-order it here.