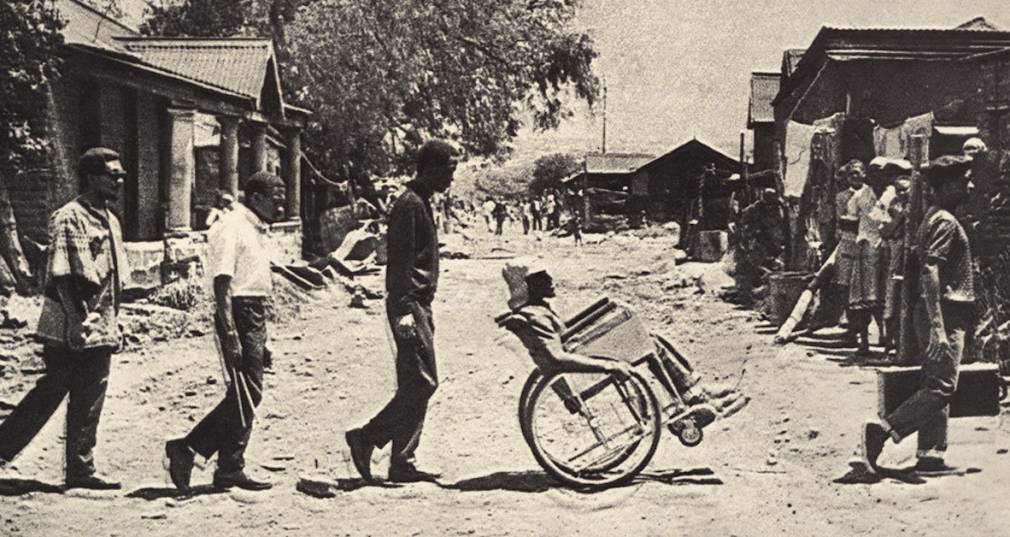 Heshoo Beshoo’s first studio album from 1970, Armitage Road, will be re-released on October 30th via the label We Are Busy Bodies.

The Heshoo Beshoo Group were formed in 1969, by Henry Sithole following his work with Dalton Kanyile’s Keynotes, Gibsen Kente’s Sikalo, Almon’s Jazz 8 and Mackay Davashe’s Jazz Dazzlers. The group included his brother Stanley Sithole, guitarist Cyril Magubane who penned much of the material on this LP, Ernest Mothle and Nelson Magwaza.

The music on Armitage Road was mostly composed by guitarist Cyril Magubane and, as you might expect, the guitar features prominently. Throughout the album, rather than dominating proceedings, the guitar is an equal partner to the horns; Henry and Stanley Sithole’s playing is never less than superb.

The original LP cover, showing the township street (Armitage Road in Orlando) which was Magubane’s address at the time, was a reference to the Beatles’ Abbey Road cover, hence the title Armitage Road.

Pre-order the album, Armitage Road via We Are Busy Bodies here.