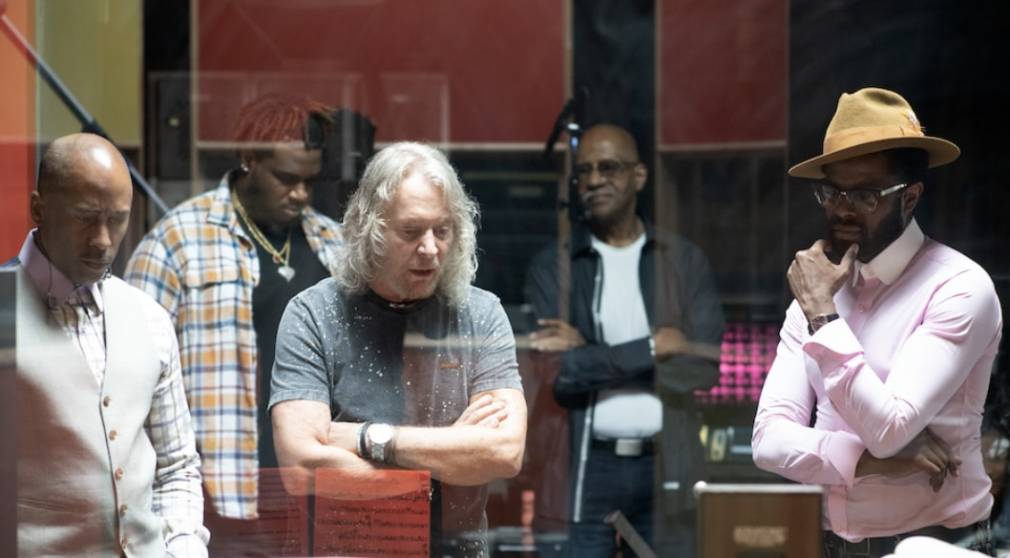 Marcos Valle, Adrian Younge and Ali Shaheed Muhammad made an album together

Marcos Valle has been working for five decades to bring together the national heritage of bossa nova and samba with psychedelia, funk, soul and electro, depending on the era. Still active at the age of 76, he released this year Cinzento, Valle’s third album in only two years.

He is now releasing a new studio album, Marcos Valle JID003, via Adrian Younge and Ali Shaheed Muhammad’s Jazz Is Dead label this June. It follows, Roy Ayers JID002 the first album in nine of the jazz legend.

One month after their meeting in 2019 at Jazz Està Morto and the recording sessions for the album that follows, Valle impressed Shaheed Muhammad with his professionalism and confidence in this new environment with limited time to capture the music: “Marcos is so focused on getting it right. A couple of songs he sat down in the moment and wrote some lyrics about what was actually happening, and that’s how free and open he is.”

The method developed by the two producers is the same for all the Jazz Is Dead sessions: Younge and Shaheed Muhammad started by digging Valle’s back catalog for direction and inspiration. If spontaneity and improvisation are trademarks of jazz music, then this album stands out in the maestro’s lengthy discography as the closest thing to a jazz album.

In the first extract revealed, “Não Saia da Praça” (“Don’t Leave the Square”) is bossa with an edge, sounding like an outtake from Valle’s early 70s masterpiece, “Garra”.

Valle’s mellifluous vocals adorn seven of the eight tracks with his wife, Patricia Alvi, adding textures to a few tracks and dueting with Valle on “Viajando Po Aí” (“Travelling Around”), a lush bossa nova layered with synths and guitar, sounding like Stereolab in Portuguese. Loren Oden, from The Midnight Hour joins Valle in a vocalese duet on the silky-smooth Quiet Storm groove “Gotta Love Again.”

In spite spending a half-dozen years in the United States, mostly in L.A. where he befriended members of Chicago and developed a prolific songwriting partnership with R&B journeyman Leon Ware, Valle never recorded his own music during those years before this one with Ali Shaheed Muhammad and Adrian Younge.

Ride with Marcos Valle on his “Bicicleta”
News