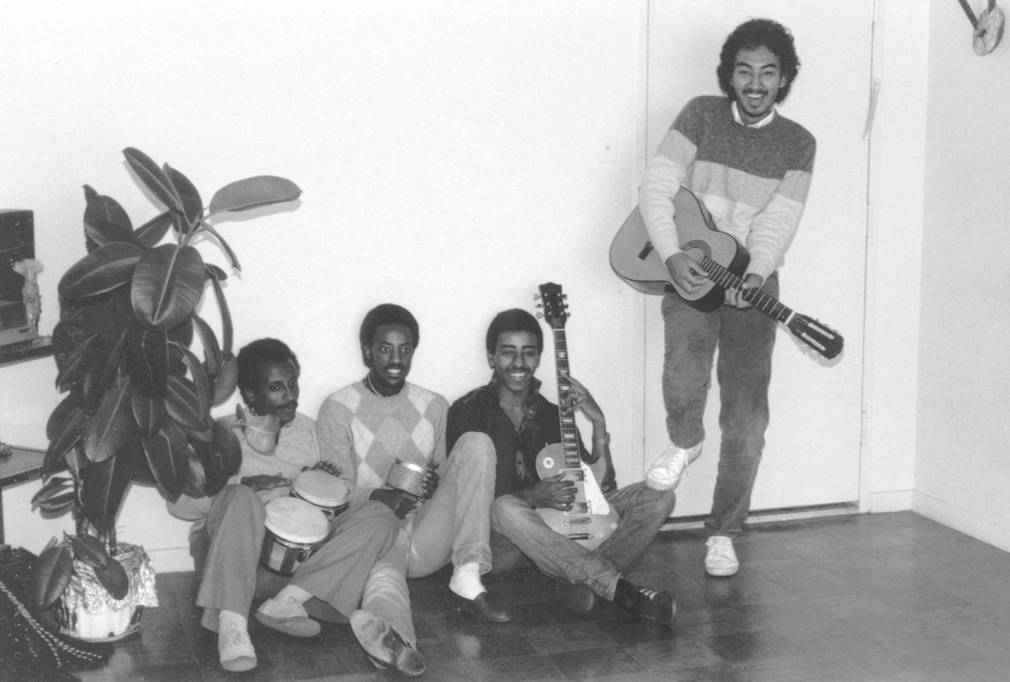 Originally released in 1984, the LP Sons of Ethiopia will be reissued for the first time in vinyl by Frederiksberg Records on July 27th.

The members of Admas — composed of Tewodros “Teddy” Aklilu, Henock Temesgen and Abegasu Shiota — were the children of terror and propaganda of the Derg era – the military dictatorship that overthrew Haile Selassie in Ethiopia.

Originally released in 1984, Sons of Ethiopia will be reissuedd for the first time by Frederiksberg Records, the label founded in New York in 2013 by Danish video journalist and music lover Andreas Vingaard.

Exiled to Washington, D.C., far from the oppressive propaganda and state terror of Derg-led Ethiopia, Admas has taken Ethiopian popular music to a whole new territory.

An instrumental album, rich in global influences, Sons of Ethiopia is one of the few Ethiopian recordings to have been produced outside Ethiopia in the early 1980s.

The record drew on the diverse sounds of the city of Washing D.C., alongside Ethiopian pop music, and elements of soul, jazz, highlife, samba and roots reggae.

The Sons of Ethiopia LP will be available on July 27th via Frederiksberg Records.