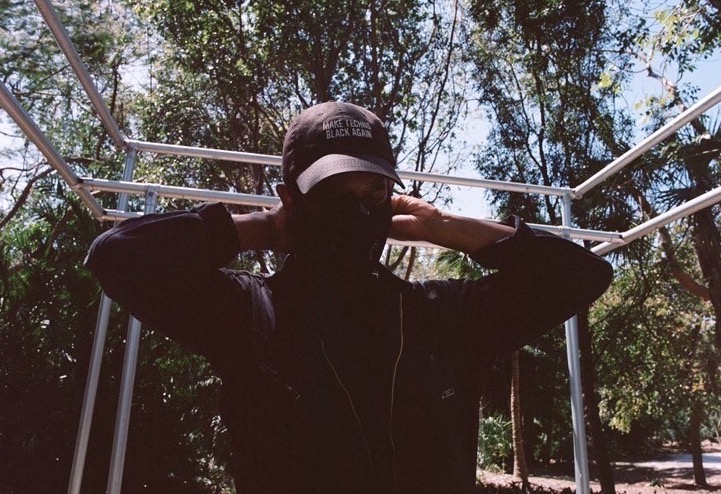 Speaker Music responds to current events in the United States by presenting Black Nationalist Sonic Weaponry with a PDF booklet via the Planet Mu label.

New York-based theorist, journalist and curator DeForrest Brown Jr. aka Speaker Music produces digital audio and extended media. He is also a representative of the “Make Techno Black Again” campaign that designed the PDF booklet. Speaker Music channels the black modernist tradition of rhythm and soul music and presents a second album for Planet Mu. An 11-track project that arrives as a mobilization beyond the wild capitalist free market industrial system.

Black Nationalist Sonic Weaponry responds to current events on the African-American population. This album explores the concept of stereo modernism of the poetess Tsitsi Ella JajiI, or as she describes it: “stereo dubbing for solidarity”. The PDF booklet of writings collected by black theorists and poets provides additional context with “Amerikkka’s Bay” written and spoken by Maia Sanaa, and remixed by Brown, Jr.

The press release explains: “As Black people engage with White technologies powered by fractured European ideologies, the meaning and sound of “soul” for African-Americans extends beyond genre classification and encapsulates a perennial situation of being considered categorically inhuman in the eyes of American governing bodies and people. Techno and its romantic qualities of Hi-Tech Soul come from a long history of endurance and adaptation to a future that is designed to systematically exploit and oppress Black bodies and lives. Black Nationalist Sonic Weaponry arrives as a mobilization beyond the savage free market capitalist industrial system, and towards a future that isn’t indebted to the fictive and failing socio-economic “progress” imagined within the frames of White American techno-utopianism.”