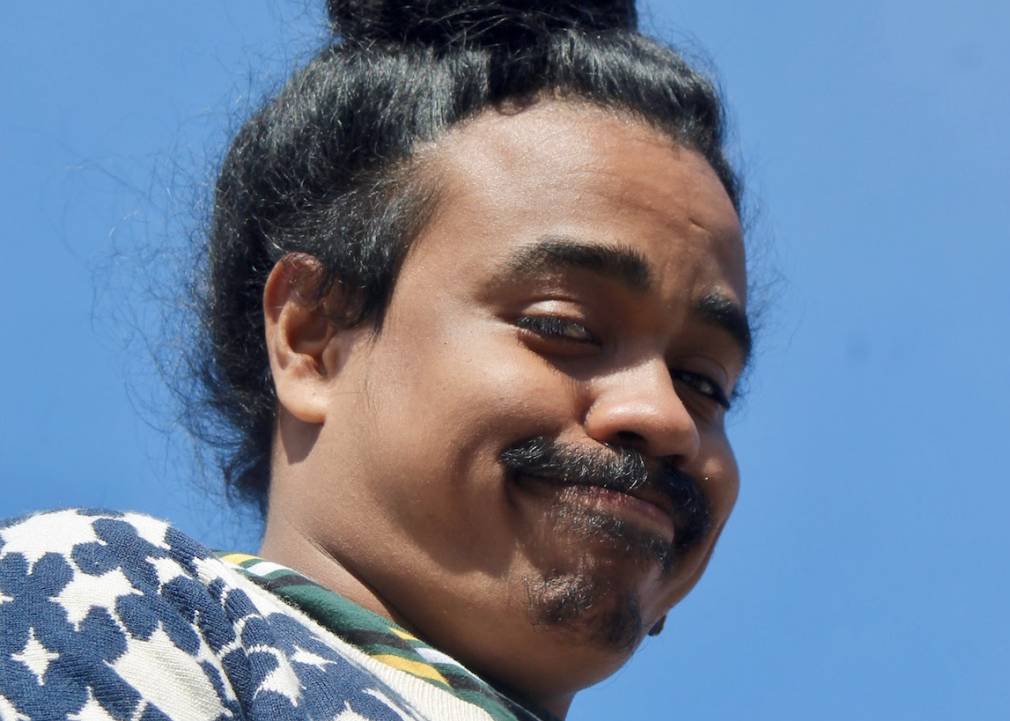 The Baltimore-based abstract hip-hop musician and producer releases the first single from his upcoming album, Dear, Sudan. A colorful compendium of happiness.

As a teenager, Infinity Knives (aka Tariq Ravelomanana) left Tanzania, passing through Kenya, South Africa and Madagascar, finally landing in Baltimore with his family. A labyrinthine journey in his musical style from which emanates a quickly identifiable energy. In the United States, the young teenager immersed himself in hip-hop culture and devoured Western classical music. This heterogeneous musical training leads him to create an experimental style made of unique combinations.

Entirely produced and composed by himself, his multifaceted music seems unclassifiable. He tries to put a few key words to it: “experimental, afrofuturism, drone, hip hop, left-wing minimalist, neo-classical and Baltimor“. Without a doubt, Tariq is a poet with abstract sounds.

“I wanted Dear, Sudan to be a record of the things that I enjoy, the things that keep me coming back to this life and I wanted it to be in the language I understand the most. I hope that this album can be a companion to those in need…”

Listen to Infinity Knives in our playlist Songs of the Week sur Spotify et Deezer.

Dear, Sudan, will be available on November 6th via Phantom Limb.