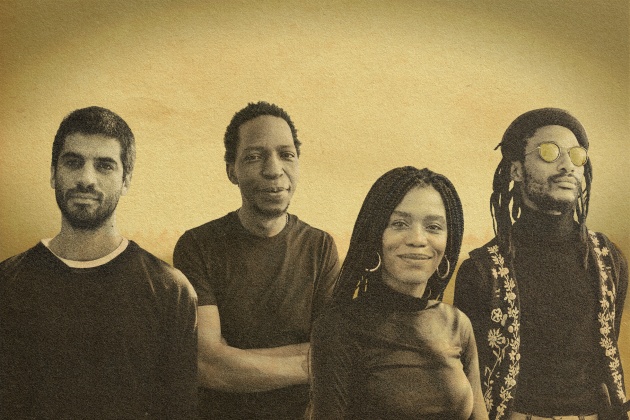 Shrouded in great depth, their new album UPRIZE! pays tribute to those who lost their lives fighting against apartheid.

UPRIZE!’s sensual trombones and delicate percussions are accompanied by sauve voices in a haunting rythme that transports us to the serene. However, the fervor of sound bites including, for example, speeches against apartheid, are not there to lull us to sleep. Instead, the acoustics confront the danger of darkness and the fight against racial segregation embodied in voice recordings.

Spaza, avant-garde South African collective’s, new project is once again a series of improvisations, this time focusing on the projected images of an eponymous documentary about the Soweto uprising on June 16, 1976. The uprising was the result of a student revolt organized by Steve Biko’s Black Consciousness movement from the suburbs of Johannesburg, fighting against the imposition of the Afrikaans language in the teaching of certain subjects. This was yet another among many segregationist laws which turned out to be a definitive turning point in the content and intensity of the demonstrations.

The resulting record continues the magic of their initial LP, with a deeper and more mournful sound that honors those who lost their lives fighting against apartheid. This new SPAZA release is the original motion picture soundtrack of the film UPRIZE!, but it serves a parallel function. Recorded in Yeoville, Johannesburg, during a three-day improvised scoring workshop in 2016, the recording is almost the underside of the film, which strikes a defiant pose both in the selection of speakers and in the tone of much of the archival footage. A journey back in time to a tragic era that rinses out its despair with a hypnotic composition.