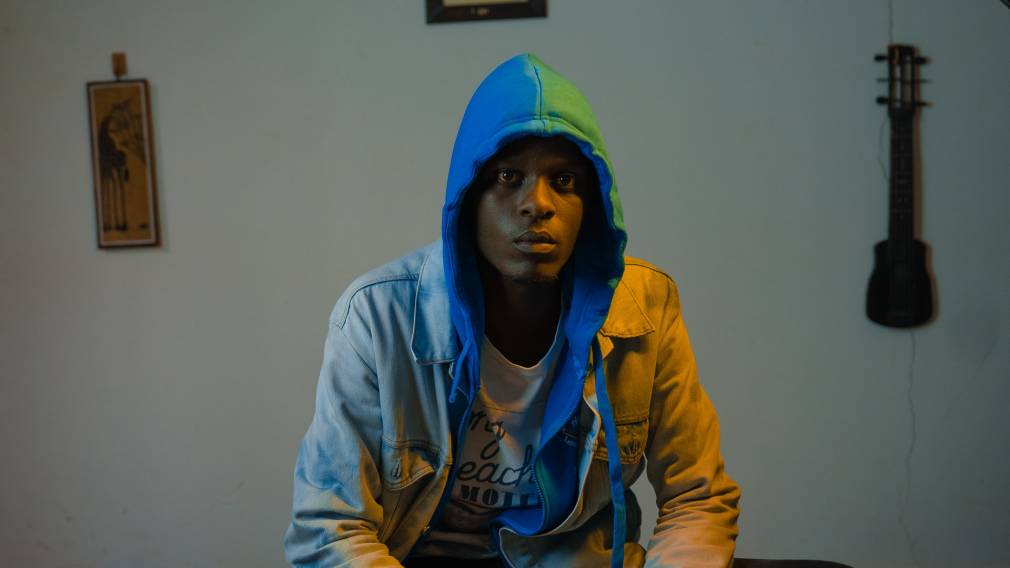 He first sang to the love of God before mixing hip-hop, jazz, soul and lo-fi. Phinoshey reveals life in the Nairobi slum on his 16-track album Sun from Kibera.

The album takes place in the biggest slum in East Africa, Kibera, where nearly one million people live in 4km2. It is here, at the gates of the Kenyan capital, that Phinoshey takes us. It’s the flipside of emerging Africa. Long speeches aren’t necessary to understand how education in the slum has influenced its art. Yet Phinoshey is not the kind of person to let himself be overwhelmed by the prevailing gloom. Without denying the harsh reality around him, the rapper and jazz producer engages in dreams while singing poetic refrains and making melancholic detours through his childhood. He slips with ease from police brutality to the nostalgic humor of his childhood games like “Mosmos” and “Twisti.” This dreamy touch and exercise in remembrance perfectly combines with the lo-fi style — music much appreciated by students, while they concentrate on their classes, for its relaxed blend of jazz and hip-hop associated with the manga/animated universe.

Phinoshey preaches positivity despite the cruelty of the surrounding world while raising awareness of life on the streets. His captivating fusion of genres and the poetry of his lyrics, born out of his passion for English literature in high school, bring nothing but good vibes. After a first KIB’S ERA EP in 2019 and several singles in 2020 (“Safe,” “More Life,” “Nobody”), Phinoshey never stops polishing his musical universe.

Sun from Kibera will be released on October 2 via United Masters.

Listen to Phinoshey in our Songs of the Week playlist on Spotify and Deezer.