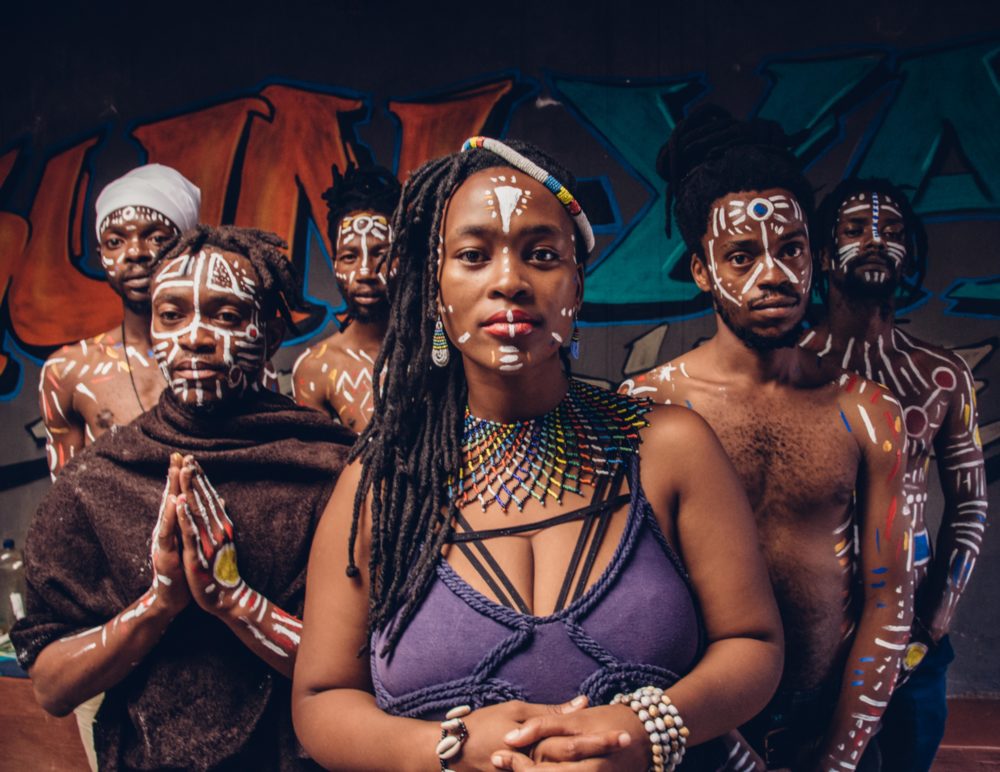 The group from South Africa takes us to a spiritual universe, offering ancestral healing powers and championing a universal sound by merging kwaito, rock, gqom and jazz…

The group Sun Xa Experiment was born in 2014 in a spiritual whirlwind of sound, of which only it has the secret formula. Composed of artists from Soweto and Durban, these six musicians seek to blur the boundaries of identity issues through an almost unidentifiable music that features multiple colors, preferring to describe itself as “ancestral world music.” Beyond color and nation, the sound simply aspires to heal the world of its ills in a journey of universal love.

Yet Sun Xa Experiment doesn’t come from nowhere: with a culture that comes from the different ethnic groups of South Africa (Sesotho, Zulu, Nguni, Xitsonga to mention just a few), the members revel in a fusion of traditional percussion, drums and electric guitars mixed with heavy vocals that come to sow their liberating chaos on this planet. Their new album Umculo Umuthi means “Music is medicine” and comes at just the right time. Behind the apparent disorder, their music is ultimately hiding the vital energy destined to heal the world’s woes.

Listen to Sun Xa in our playlist Songs of the Week on Spotify and Deezer.