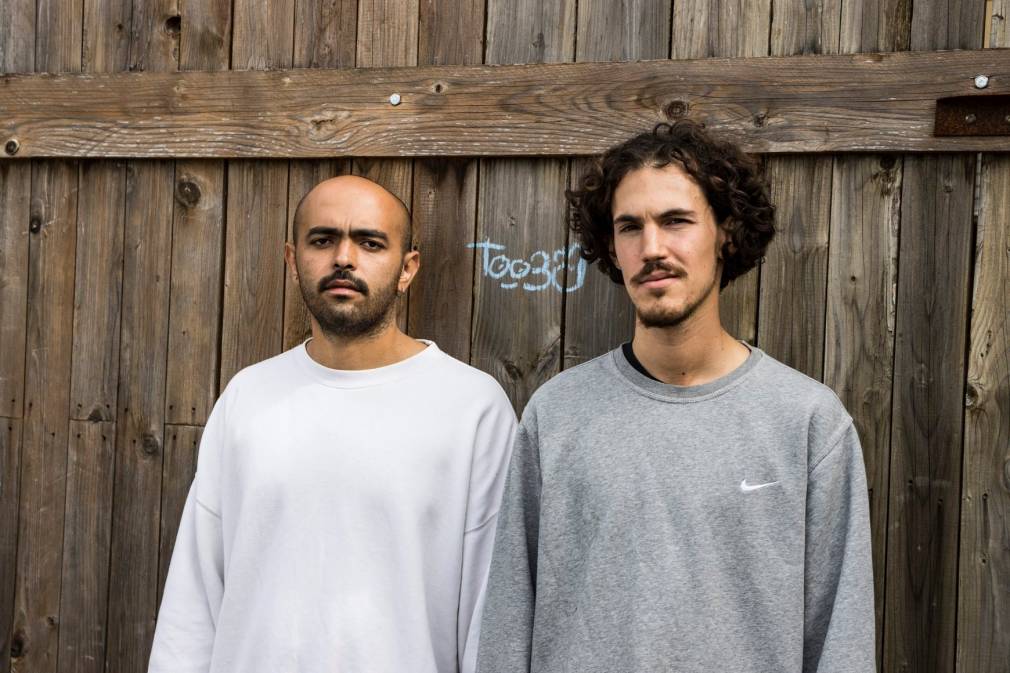 The first track of the album, “Pending In The Pattern,” reveals the remarkable union between French DJ Simo Cell and Egyptian singer, poet and trumpeter Abdullah Miniawy.

This is the story of an unexpected meeting that already promises to be a very fortuitous one. Having just created his own label in early September, Nantes-based producer Simo Cell is stepping out of his comfort zone by joining Egyptian poet and activist Abdullah Miniawy on a new project entitled Kill Me or Negotiate. He is signed to BFDM, a French house and techno music incubator label managed by Judaah. Considering the profile of the two, it looks to be a very exciting union — two committed and revered artists from wildly different fields joining forces.

Simo Cell radiates on the stages of clubs and festivals around the world through his ability to fuse genres, ingeniously shifting from drum’n’bass to trap or from techno to experimental music. He has a technical ease that gives him an already well-established notoriety. Recently author of an opinion column in popular French newspaper, Libération, Simo Cell spoke about his commitment to the planet and his worries about the impact of his DJing on the environment. The 28 year-old talent is considering limiting his air travel, favoring hotels close to clubs and developing the local scene on a regional scale. This protest pledge is reminiscent of the poet Abdullah Miniawy, whose highly engaged and charged lyrics, in support of the Egyptian uprising of 2011, defended freedom of expression. Posing as the voice of a militant youth, the transposition of his lyrics between slam and Sufi psalmody to techno music is another form of revolt, which he spreads throughout the world. Simo Cell’s worldwide reputation will surely allow Miniawy to reach bigger audiences with new sensitivities, perhaps those more receptive to music than to poetic speeches.

The album Kill Me or Negotiate will be released on November 30 on BFDM.

Listen to Simo Cell & Abdullah Miniawy in our playlist afro + club on Spotify and Deezer.