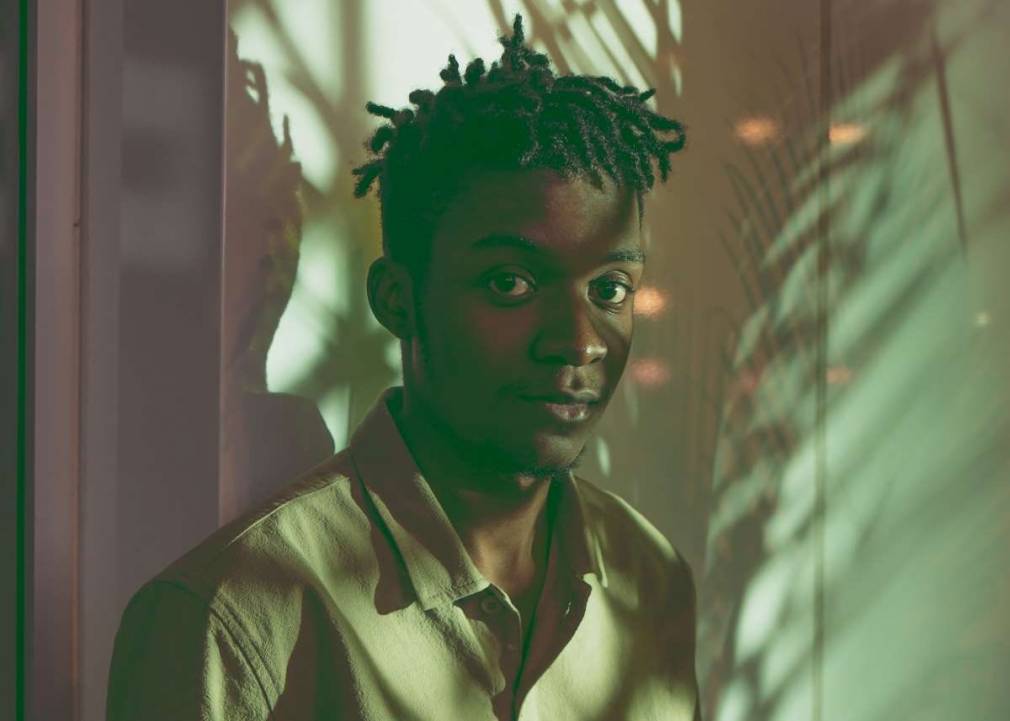 “I got something she gonn’ want” … Laik’s goal was to create a project that women would want to listen to and enjoy despite the challenges of quarantine. This upbeat fusion of dancehall, R&B and afrobeat was designed to help women transcend the boredom of their home-life and feel the excitement of the dancefloor: “I want women to be able to dance to the project and feel like they’re not stuck inside,” says Laik.

“Gimme Dat” is the last track Laik recorded for his 5-track EP. The artist shows his charisma and confidence with this one, delivering a piece that is both optimistic and seductive. Laik’s afro-fusion combines his love of dance, music and Sierra Leonean culture to construct a bridge between Sierra Leone and the United States. Born as Malaika Ankrah in Pennsylvania, he began writing songs at the age of 12 when he moved from Maryland to Sierra Leone where he stayed for 7 years. After soaking up the afrobeats dances, Laik returned to the United States and realized that there was no existing bridge between Sierra Leonean and American music. His bilingual talents allowed him to fill this void and to reach a wider audience at the same time.

When he began making music in his senior year of high school, his goal was simple: to create afro-fusion that people could dance to and that spoke to both Americans and Sierra Leoneans. Growing up, Burna Boy was Laik’s favorite artist, who he eventually got the chance to open for along with Davido and Teni. Teni’s been a big supporter of Laik’s music, so much so that fans can expect a collaboration between them in the near future. Other influences include Bryson, Beenie Man, Chris Martin and producer Monte Booker, because of his love of blending danceable beats into his own music.

Although Laik focuses on afrobeat because of his roots, he also experiments with other genres, such as dancehall. While carrying the torch for Sierra Leone, Laik continues to push musical boundaries by combining R&B, dancehall and afrobeats to create his own afro-fusion sound.

Listen to Laik in our Songs of the Week playlist on Spotify and Deezer.