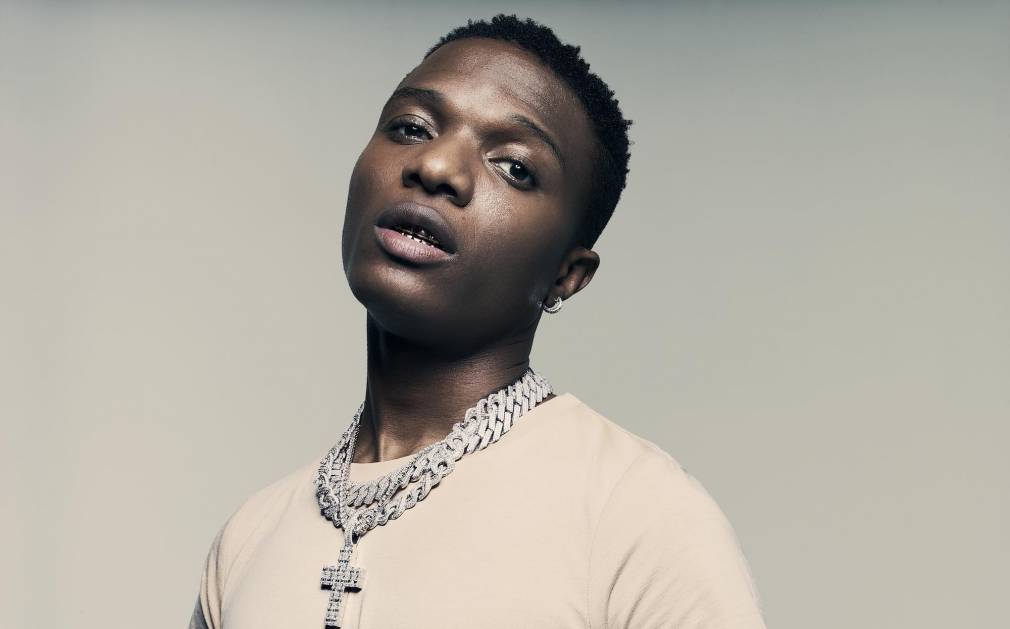 9 new albums you should listen to this week

Due to leaks, his album was released early. Burna Boy, Skepta, Damian Marley, Ella Mai, H.E.R and Terri are the prestigious guests on this long-awaited fourth album. The Nigerian superstar had already had a huge success with the tracks “Smile” and “No Stress” and Wizkid seems indeed more serene and relaxed than ever for the release of an album that aims to reconquer West Africa, after having tried to conquer the world.

More than twenty years after its last recording A Song for the Sun released in 1999, the Sun Ra Arkestra is back in the footsteps of its legendary founder who died 27 years ago. Led by 96-year-old saxophonist and flutist Marshall Allen – a pillar of the orchestra since Sun Ra’s departure – the prophets of cosmic jazz announce their return with this new studio album.

Some are familiar with Lubumbashi — the second largest city of the Democratic Republic of the Congo (DRC) — for its copper and mines; others like Moonshine, through the powerful and captivating musical productions of the Congolese producer, composer and sound engineer, DJ P2N. A few exchanges on WhatsApp and phone calls later, the collective signed with DJ P2N on the compilation SMS For Location Vol. III in December 2019. Since then, It has not let go of its new recruit. His meteoric rise is such that this new track “MUZIKO,” sung in Swahili by ShikeRebel, is already a popular sound on African dance floors before its official release date. Lubumbashi has got a new prince: his name is DJ P2N. Toleka!

With this new project, the now legendary duo Batuk pays homage to eight legendary African heroines, through eight tracks of afrohouse pop. Created by charismatic singer Carla Fonseca aka Manteiga and producer Spoek Mathambo, the group embodies the South African international effervescence. With this new EP, Batuk invites women to take their rightful place in history. Among these sound portraits is Rainha Makeda, better known as “Queen of Sheba” in biblical writings.

The Belgo-Congolese rapper sings loud and clear what others hardly dare to whisper. Long before the hype of Brussels rap, Badi had already set the tone alongside his friend Stromae. Raised on MTV clips and Congolese rumba, the artist has built a sound and a solid reputation. For his new album, he is teaming up with producer Boddhi Satva, pioneer of Afro-house, master of Ancestral Soul, who has already distinguished himself in the company of Bilal and Oumou Sangaré. Badi’s lyrics underline the shortcomings of our societies and are part of the Black Lives Matter movement. Exploring his Congolese roots and his daily life in the land of Tintin, Badi emphasizes identity issues and upsets our certainties.

The Franco-Algerian singer and cellist Nesrine announces a first eponymous record. She emancipates herself in a classical, pop and jazz style, infused with North African musicality. Nesrine’s aerial voice contrasts with the rhythms of percussion instruments and reveals the deep and intimate links existing between all these musical currents, liberating herself from pre-existing genres.

DJ Wulffluw XCIV is a Russian producer of ferocious techno music. In 2019, he had the chance to attend the Nyege Nyege Festival and even to start production on his next album during his residency at Nyege Nyege Studios in Kampala. It was a godsend for the DJ who incorporates dembow, kuduro and the famous gqom rhythms into his industrial techno, offering an explosive multicultural mix.

A Cosmic Poet From Martinique 1979​-​1989 features tracks — recorded between the late 70s and 80s — from the first four albums of Martinique poet and singer Gratien Midonet. He is the shaman of Martinique: “I always broke free from the rules, from codes being too narrow (…) I have always had this sense of peaceful knowledge that there is no separation between genres, beings and universal things,” says the poet. His music is spiritual and popular.

The rapper Dopebwoy, based in Almere (Netherlands), has been teasing us over the last few days with his tracklist and album trailer. Now we can finally enjoy the album produced under his own label Forever Lit Records. Dopebwoy enters his ‘High Season’ with dancing beats and successful international collaborations, in a style a little further away from the Afrotraps tracks of his early days.

Wizkid officially announces Made In Lagos with the release of his single...
News