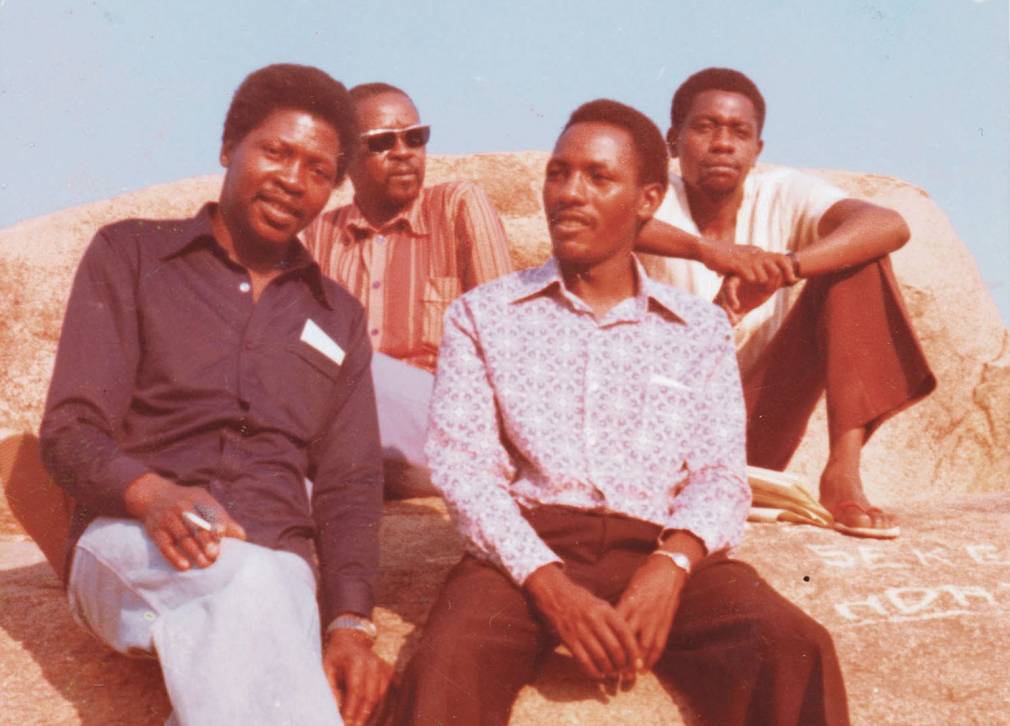 Analog Africa reissues the Take One album, by the band that pioneered a popular style later known as chimurenga, from the Shona word for “struggle.”

This album was only released in 2006 on CD, but given the unstoppable success of these titans of Zimbabwean culture, Analog Africa couldn’t resist the prospect of a vinyl and CD re-release. It takes the form of a remastered version by sound engineer Nick Robbins, which sounds, it must be said, even better than the first one. This second edition was made possible thanks to an agreement from the musicians of Hallelujah Chicken Run Band, who are still alive today.

In 1972, the country of Rhodesia was in a struggle for independence from British colonial regime. In the hotels and nightclubs of the capital, bands earn their living by playing a mixture of Afro-Rock, cha-cha-cha and Congolese rumba. As the desire for independence grew stronger, a number of Zimbabwean musicians began to reconnect with their own culture. They begin by imitating the staccato sound and looping melodies of the mbira (thumb piano) on their electric guitars, and by reproducing the pressing rhythms of the shakers on the charleys (drum cymbals). For vocals, they opted for the traditional Shona language, adding a strong political message to their lyrics, while taking advantage of the fact that the predominantly white minority government would not understand them. his collision between electric instruments and indigenous traditions gave birth to a new style of Zimbabwean folk music, later known as chimurenga, from the Shona word for “struggle.”

Hallelujah Chicken Run Band is the group that popularized this genre. It was formed when a young trumpeter named Daram Karanga proposed bringing together musicians to entertain the workers of a copper mine in the town of Mhangura. At first, their music appealed only to the white owners of the mine. It was necessary to wait for the arrangements of notes to be translated from electric guitars to the traditional shona music, so that the public of workers could really get involved. Their reputation quickly spread and in 1974 they were invited to the capital to participate in a national music competition organized by the South African label Teal. Not only did they win, but they also attracted the attention of the famous producer Crispen Matema, who immediately organized their first recording sessions. On their first day at Jameson House Studios, they recorded half a dozen songs, including “Ngoma Yarira” and “Murembo,” two singles that would change the course of Zimbabwean popular music. With these electric guitar arrangements, Hallelujah Chicken Run Band revolutionized the music of its country and now has 8 gold records to its credit, obtained between 1974 and 1975.

The album Take One will be released on December 11 via Analog Africa and can be pre-ordered here.