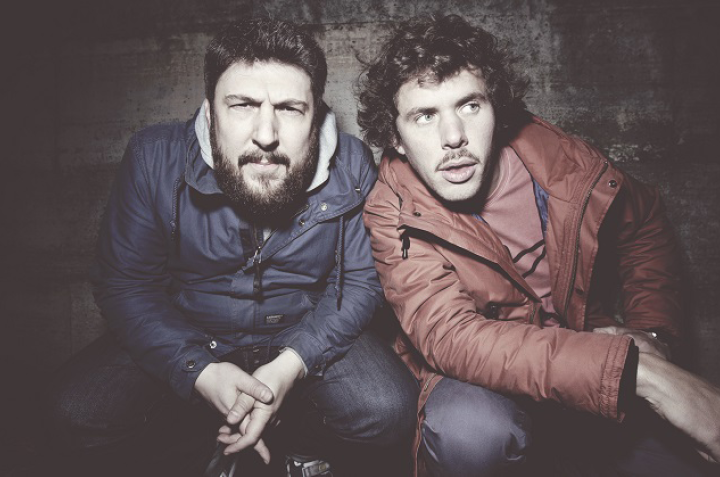 Souleance modernizes the sega in Reunion Island on EP

The French duo, composed of DJ Soulist and producer Fulgeance, pays tribute to the traditional rhythms of the Indian Ocean through two releases on the famous Heavenly Sweetness label. This Pura Vida Sounds EP is the beginning of a series dedicated to re-releasing tropical music.

Who would have thought that the tracks “Sulette – P’tit Courage” by René Lacaille and “Disco Sega” by Dominique Mingui & Dera Rakotomavo would one day be revived to animate modern dance floors? It was a seductive idea for the Parisian DJ and producer responsible for the label Musique Large, who reworked these two tracks from Réunion Island’s sega music in order to create something unpretentious and refreshing. After receiving carte blanche from the original authors, the two friends wanted to express their fascination for this Creole music that is pregnant with history. This rhythm from Afro-Malagasy and European heritage is a true expression of the musical and choreographic identity of the island.

“We wanted to bring more modernity and a transcendental rhythm to the track ‘Sulette’ but also a beat/bass music spirit that Fulgeance is very fond of, while keeping the freshness of this soft voice telling a touching story. For ‘Disco Sega’ as for many of the remixes, we kept the chorus, looped the rhythm and the strong elements of the piece, with the aim of keeping the dance going, always paired with the magic of the ternary in the binary!” This first volume is devoted to the sega music of Reunion Island and it announces still more beautiful stories to come.

P’TI SEGA EP will be released on October 30 on the Heavenly Sweetness label.