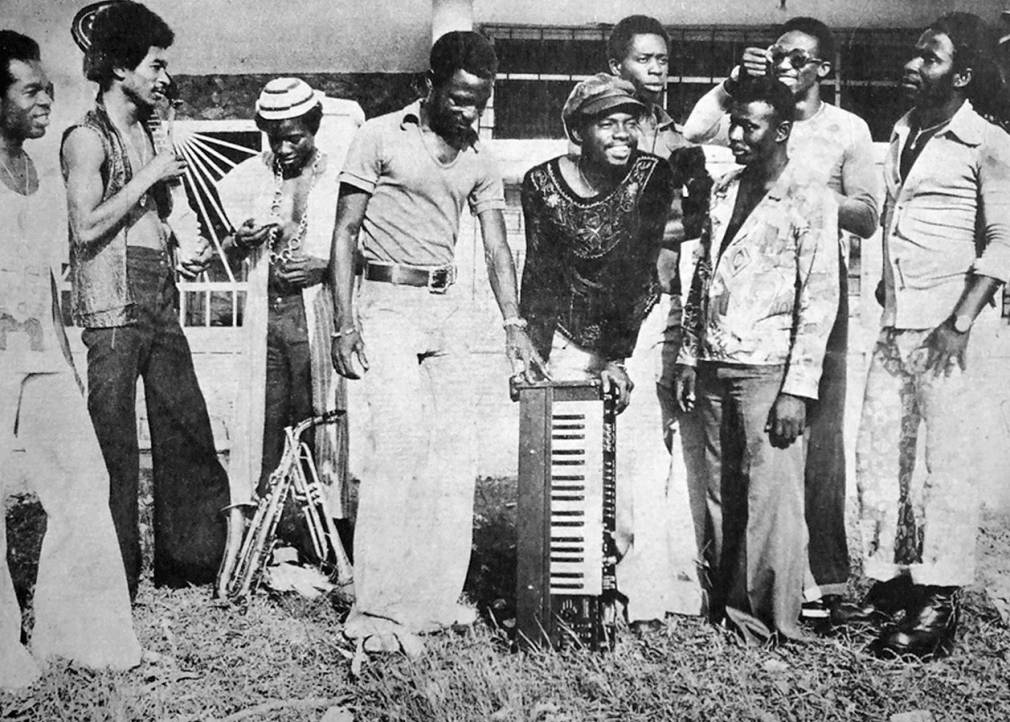 The Canadian label We Are Busy Bodies has reissued the ultra rare and seminal 1977 album Obi Agye Mi Dofo from the Ghanaian highlife group Vis-A-Vis, one of whose members was none other than the legend K. Frimpong.

The 1970s were a booming era for the record industry in Ghana. Highlife flirted with many genres, including afrobeat and jazz, which were soon exploited by the musicians in Vis-A-Vis. Both popular on stage and in demand in the studio, the group released no less than thirteen albums between 1975 and 1982, of which Obi Agye Me Dofo remains the most sought-after. Led by singer Isaac Yeboah, it was comprised by Sammy Cropper on guitar, Slim Manu on bass and Gybson Papra on drums, but also and above all, Vis-A-Vis helped propel singer K. Frimpong to the ranks of the most popular stars in Ghana in the 1970s. The Ghanaian singer also had his own band of musicians, the Cubano Fiestas, with whom he recorded the very popular “Kyenkyen Bi Adi M’awu.” The eponymous track from Obi Agye Me Dofo, on the other hand, perfectly encapsulates the formula that made Frimpong  so successful: a vocal afrobeat groove with jazz horns, touches of cosmic synthesizer and a fascinating, wandering guitar solo.

Obi Agye Me Dofo was briefly released as an LP in the United States in 1980 and again in 2011 by Continental Records. With Frimpong’s presence, it remains one of the most valued West African records of Ghana’s golden age, not least because highlife, meaning “beautiful life” in English, continues to inspire the new generation that brings its own modern touch to a genre still vibrating in the Ghanan scene.