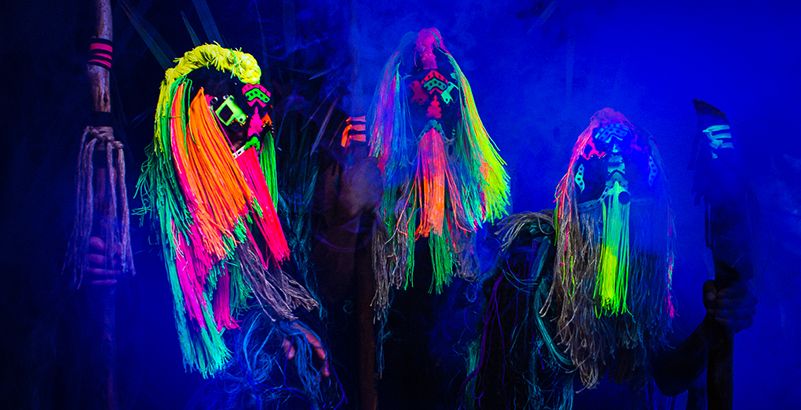 “El Caribe” is a bright-burning tribute to the Afro rhythms of the Colombian Caribbean coast. This track is the first extract from a Mawimbi collective album, which is scheduled for release in 2021.

Sitting between dancehall and cumbia, this track pays tribute to Afro-Colombian sounds in an indulgent electronic soundscape. Two years after meeting, the Colombian trio Ghetto Kumbé and the Parisian collective Mawimbi (waves in Swahili) celebrate their common passion for Afro-electronic fusion.

The result is a colourful and mixed blend based on a marriage of percussion and voices that evoke the streets of Barranquilla as much as the homesickness of Colombian musicians who now reside on European streets.This trio of wizards radiates light on stages all over the world, summoning the pagan spirits of rumba in their concerts, which then become real dance and trance rituals. It is not surprising to see them perform with the Mawimbi collective, who also take this Black Atlantic crossbreeding to heart. They are known for remixing tracks by big names such as Tony Allen, Oumou Sangaré, Calypso Rose or Blick Bassy. For Mawimbi and Ghetto Kumbé, music seems to be the best playground for starting conversations between Africa, the West Indies and South America.

Listen to Mawimbi and Ghetto Kumbé in our Songs of the Week playlist on Spotify and Deezer.