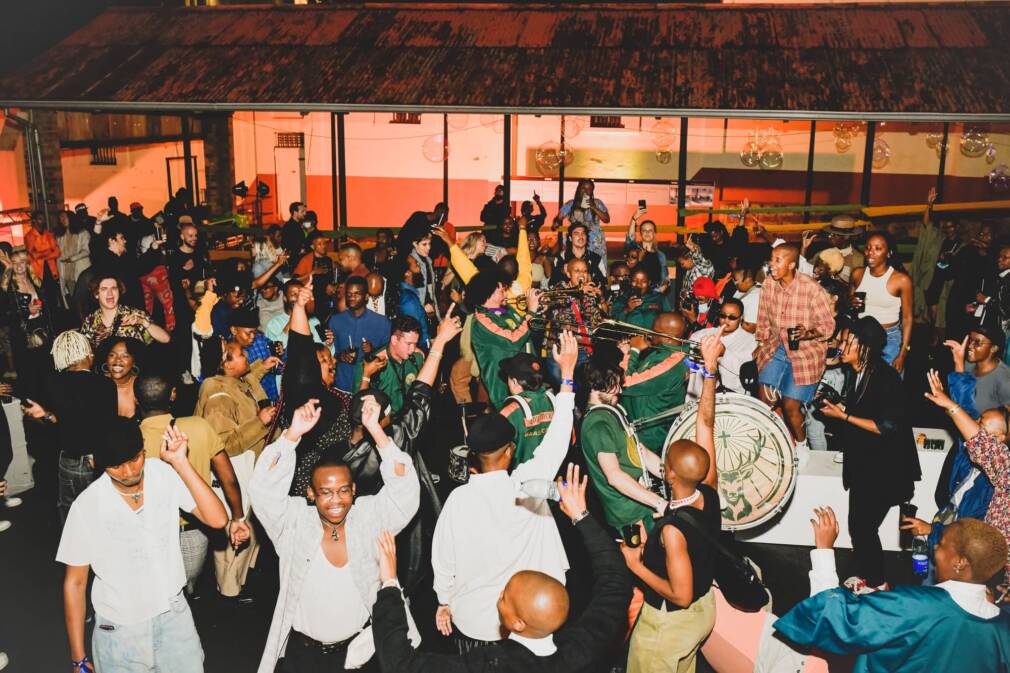 The concept of “Freiraum”, a space for “unbridled self-expression and unlimited creativity”, is a fitting description for the City of Gold, known internationally for its vibrant creative and cultural scene. However, more could still be done in the opinion of the Night Embassy sponsored by the Jägermeister team. The residency program lends a voice to talented collectives and cultural activists, while taking over some of the iconic locations in the city to bring their boldest artistic visions to life. Already in the middle of its process, the program has offered Joburgers two memorable mini-festivals: “Unmute The City”, presented by producer and event promoter duo Unmuted, and “Queertopia” by collective Other Village People, which PAM attended.

While “Unmute The City” dove into the legendarily gritty underground club Carfax for a meeting between music and art, “Queertopia” took over the iconic Constitutional Hill venue for a three day show alternating between DJ sets and exhibitions. Other Village People, made up of Andiswa Dlamini and Kefiloe Siwisa, was created because in South Africa, “there is a lack of safer spaces that prioritise LGBTQIA+ communities and within the prevailing heteronormative constructs, LGBTQIA+ are often faced with discrimination, micro aggressions and even hate crimes,” Siwisa explains. Since 2016, the collective has been creating safe experiences for LGBTQIA+ communities through two queer-focused platforms: Same Sex Saturday, a party space, and Grounded, a series of alternative experiences from hikes to dinners. The lineup of Queertopia included Moonchild Sanelly, DBN Gogo, Nonku Phiri and Buhlebendalo amongst others, as the event was “a reimagining of a country, a new world order that normalises and celebrates our differences as if it’s always been that way,” (Siwisa).

The next events the Night Ambassadors have in store for us are “Kaofela Kaofela” by Kombonation, taking place this weekend in Soweto, and the “Groove Biennal” by Dormant Youth, on 1-4 December in Alexandra. Kombonation, a start-up founded by Kananelo Kabelo Sello and Kgotso Selomah specializing in visual arts and fashion, will bring together elements of street culture, visual arts, music, dance, clothing, and street sports to create an alternative nightlife showcasing “kasi [township] brillance”. “With our understanding of how photography plays a powerful role in history, we’ve taken it upon ourselves to enforce this crucial skill amongst our people as a means to enhance learning as a whole. We want to empower our people to become critical thinkers so that they’re always considerate of others and their surroundings. This way our dream of safer streets and therefore fun-filled nights are a reality,” the duo explains. Focalistic, the “president of the streets” himself, has just been announced as one of the performers…