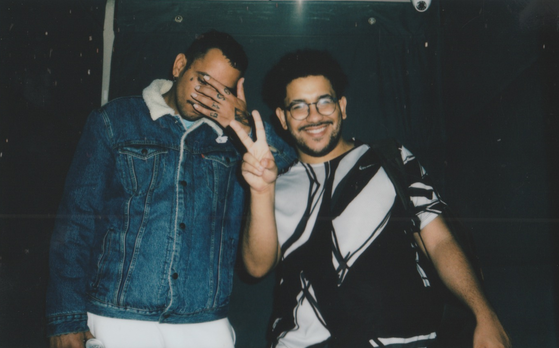 FBC and VHOOR team up for “BAILE” superjam

The Belo Horizonte natives tap into the region’s deep ties with funk, hip hop, and Miami bass, and the sound of the Brazilian favelas for a 10 track baile funk dance party.

Belo Horizonte is known for producing Brazilian musical heroes including Baroque singer and Grammy winner Milton Nascimento who, like FBC and VHOOR, build upon the American references to soul, funk, jazz and more to blend it with a native sound for something surprising and new. “BAILE” is retracing another set of roots, Miami Bass; a hip hop subgenre popularised in the 1980s using Roland TR-808s, heavy bass, and sexually explicit lyrics for the Miami club culture. Belo Horizonte’s favelas and working class neighborhoods are home to a similar phenomenon, that of baile funk aka funk carioca or favela funk aimed at club goers and those ready to get down.

FBC & VHOOR explore the branches of these musical trees for a 10 track album that hosts Brazilian up-and-comers like UANA, Mac Júlia, Mariana Cavenellas, and more. Standout tracks are the opener “Vem pro Baile” a electro club banger with BMP touches, and closer “Se Tá Solteira” that sounds like a hip hop track from 90s Spanish Harlem.

Listen to “Se Tá Solteira” in our afro + club playlist on Spotify and Deezer.