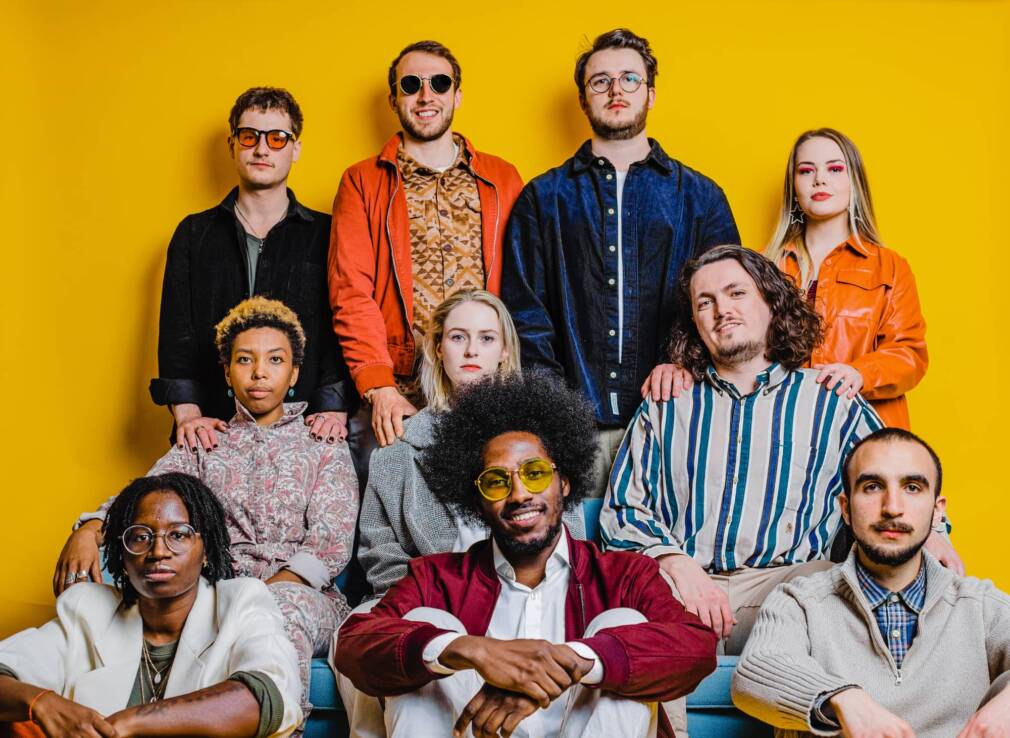 The 10-piece Leeds collective take their music to new heights with a remix EP from the UK’s electronic music scene.

TC & The Groove Family is a 10-piece collective based in Leeds, United Kingdom. On a mission to “highlight the power of diversity and music as a unifying force”, the band decided to bring together friends from across the Leeds electronic music scene to remix their two lead singles “Temple” and “Let’s Start”. The remixes are an effort take listeners on a journey through the electronic music styles that have influenced the collective’s writing process.

The project adds to reinterpretations of the group’s songs by Kalaux and TAMBALA, featuring collaborations with producers ZÖLA and SAMIEL, plus a special feature from a close friend: Sheffield-based MC Franz Von. After spending this summer performing live together, the group decided to invite him to feature on a rework of “Let’s Start” by ZÖLA. The track blends UK bass music with high energy afro latin rhythms, meant to be played at club nights and parties to get the room moving.

Commenting on the track, Franz says “‘Let’s Start’ is about moving forward as a stronger unified society for all who seek peace, justice and unity.”

Listen to “Temple – Kalaux Remix” in our afro + club playlist on Spotify and Deezer.