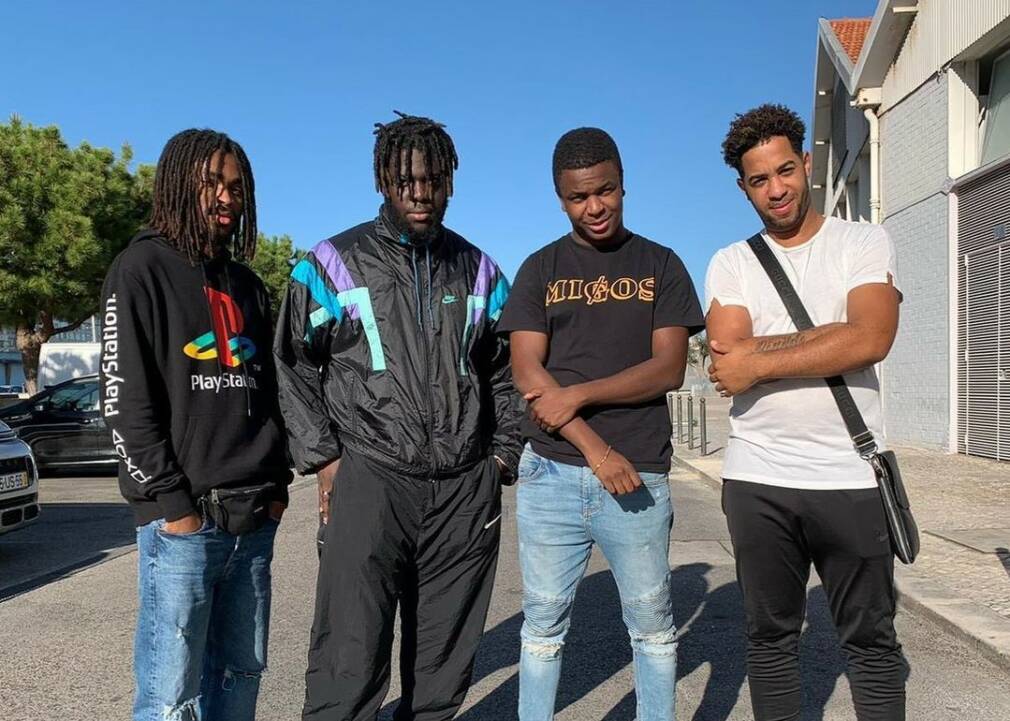 Tia Maria Produções bottle up their anguish in new EP

Tia Maria Produções is a collective composed of Lisbon-based Puto Márcio, Bboy, Lycox and Danifox, all belonging to the now iconic lusophone label Príncipe Records. The ensemble was set to perform as a full group at Le Guess Who? festival, in Utrecht, last weekend; however, after the Dutch government announced a new partial lockdown starting on Saturday, the festival had no choice but to cancel their show. Devastated but not broken, the collective came together virtually with Paris-based producer Lycox and decided to create a new EP within the same time frame they would otherwise have spent on the road for the LGW event.

Angústia Nos Corações Da Tia (“anguish in aunts’ hearts”) is a sort of artistic therapeutic residency of around 48 hours. The EP serves as compensation for themselves, and for the multiple fans planning to attend the special occasion, who quickly started pouring their hurt to the group. Spanning over four boiling tracks, all blending batida, carioca funk and kuduro influences, the project is firm and forward, beaming and sharing an admirable regenerative strength that friendship and imagination never fail to deliver.