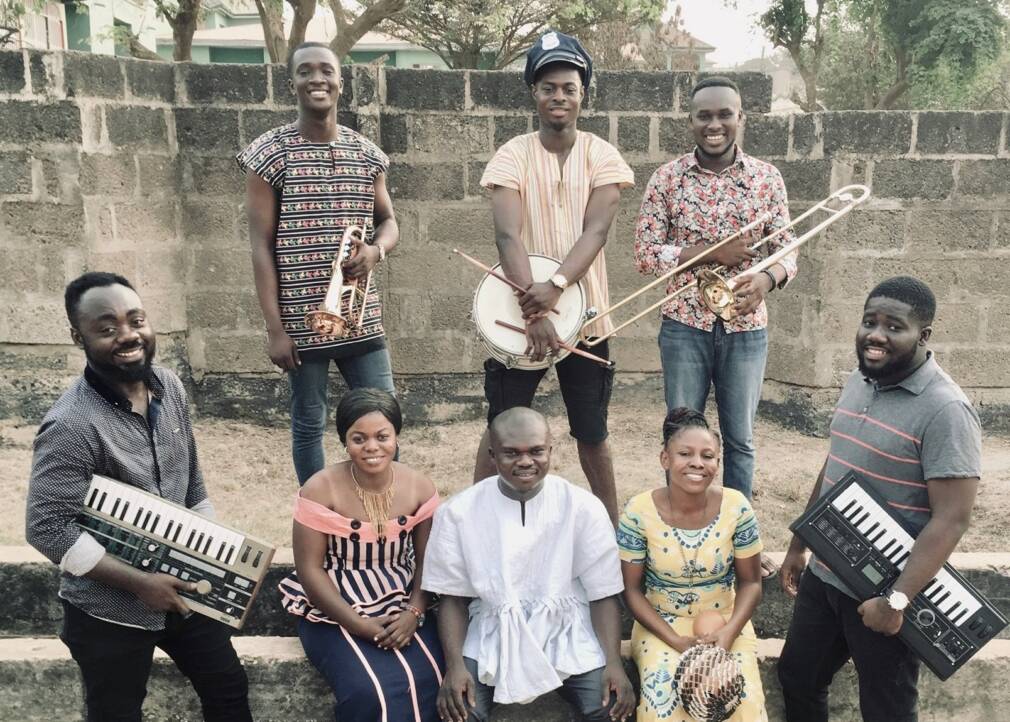 Ghanaian Frafra gospel with Alogte Oho & His Sounds of Joy

The group, now iconic in its genre, continues its Ghanaian conquest with two new singles.

Born to a Frafra father and an Akim mother, Alogte Oho grew up in the rainforest of Southern Ghana before moving up to the land of the Frafra in the Savannah of Northern Ghana as a young boy. After joining the local church choir and finishing school, he focused on his own career as a Frafra-Gospel artist. In 2007 he released his first album, however it was the release of his third album in 2012, which contained the original version of “Mam Yinne Wa”, that booked him for almost all of the festivals and celebrations in the region. Now, Alogte is a key figure to the countless Frafra communities all over Ghana. Accompanied by his powerful female choir, the Sounds of Joy (composed of Lizzy Amaliyenga, Patricia Adongo and Florence Adooni), he’s just released two new singles on Philophon, which we hope are the precursors to a new album announcement.

“Doose Mam”, already available, is a particularly soulful piece marked by a middle section in which the wind instruments and the choir pass the ball to each other. “Gure Yose Me” will tie in with the Frafra Gospel tradition of making use of reggae rhythms with a stepper played by Josie Coppola. Both pieces were produced in Berlin and in Kumasi by Max Weissenfeldt in Philophon’s in-house Joy Sound Studios.

Doose Mam / Gure Yose Me by Alogte Oho & His Sounds of Joy, out on December 24 via Philophon.